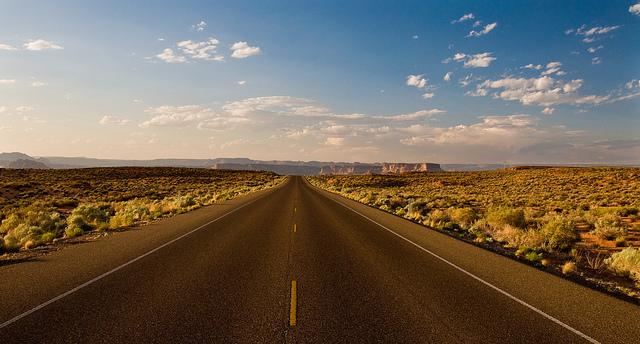 In October 2012, I published my first book, the novel “Life Erupted.” When I named the work, I thought the title was quite clever, since the story involves the life eruptions of a young University of Minnesota spokesperson who works on a volcano documentary and subsequently learns about enormous family secrets. But to live through a real Life Erupted? Like almost every single person who has experienced happy, tragic, or “just” difficult life disturbances, I didn’t think such would happen to me. At least not for a few more years. Of course.

But of course, life is indeed wont to erupt whether you expect it, like it, think you do or don’t deserve it, or can handle it or not. My eruption involved my astoundingly healthy 82-year-old mother — who was said by more than one doctor to be 82 in a 65-year-old body — having a stroke five weeks ago. As strokes go, it wasn’t too bad. But my inner volcano erupted all manner of magma and pyroclastic flow when, not more than 45 minutes after telling her I wanted her to find me a dress, my brother called to say she’d had a stroke and was on a helicopter to Banner Good Samaritan Medical Center in Phoenix. Her first helicopter ride and she was flat on a gurney, totally out of it while being tended by two young and supposedly handsome paramedics.

A little more than four years ago, I heard a lot about young and handsome men while my mother and I made a crime and scarf-free yet mildly Thelma and Louise-esque drive from northern Wisconsin to Arizona in order to find my mum what so many of the North want — that sunny, subzero-temperature-free retirement home. I thought a lot about that trip as I dashed across the country three weeks ago to move to deepest, hottest Arizona (at least for a while) so I can help my mother make her expected full recovery. I thought about how wildly alive she was as we headed west in my late stepfather’s styling white Cadillac with glittering gold wheel covers. I smiled small smiles as I recalled her descriptions of the jumping yet “decent” nightclubs of 1950s Milwaukee and of my father’s élan, evidenced in part by his crisply starched, perfectly ironed white shirts and his Yardley aftershave. I also remembered how she hiked part of the Grand Canyon’s south rim with me after we found a subzero-temperature-free house for her to buy. And I remembered how she hiked the same area with me just last year.

Driving, worrying: Is my active mother lost to me?

While I drove as fast as the law and physical energy might allow (although I did stop to answer a sweet looking old Nebraska man’s query as to whether me, my Jackie Onassis sunglasses and my Minnesota-plated car were Dehm-oh-cratts or not), I thought about what many who have gone through this sort of thing have thought, about how rapidly life can move from pretty OK to seemingly awful. I wondered if my wonderfully active mother was lost to me. I sometimes made myself think about how I should be happy she was making fast progress toward recovery and that if the person I knew was lost, that I should give bountiful thanks for what was and not indulge in whining about any loss.

But, being the hugely imperfect being many of us might be, I thought a lot about my own life. How it was hard to have to leave Minneapolis so quickly, after finally coming to love the city I had felt alien in for so many years. How I don’t know almost anyone in these desert parts. How I might manage to survive as a single woman in a gated community full of married-couple seniors, many of whom appear to wear matching clothing. How it was probably so very “lucky” that I am single, consult for a living, have financial resources to draw upon, and that my recent long-distance near romance did not move beyond near.

Progress, for both of us

Two weeks into my Arizona exile, I’m trying to stay hopeful. My mother is making excellent progress. She was told by occupational and physical therapists that she does not require their services. The reading, writing and speech difficulties are starting to reverse. Some of the married-senior couples have welcomed me and have not questioned me unduly about politics. I’ve learned that dresses are much cooler than shorts, and that the administration of the American health care system is as maddening to navigate as you have heard or imagined.

So no matter what manner of magma the future holds, I will keep writing. Because life will continue to erupt in one way or several — whether you write about it or not.

Life’s disturbances arrive whether you’re ready or not