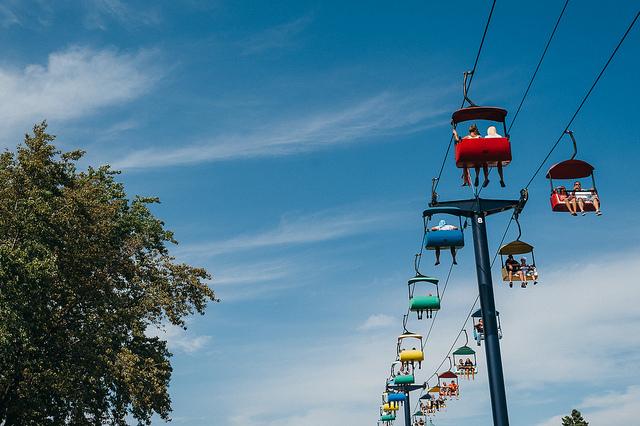 CC/Flickr/smcgee
In August, Minnesotans are checked out from politics and elections.

Once again, and as predicted, voter turnout in Minnesota’s primary election was shockingly low – preliminary numbers show the final tally hovering around a meager 10 percent or less of all eligible voters in the state.

Given this year’s unique, contested Republican primary election between four candidates for governor, this is concerning. But a state that prides itself on civic engagement and participation, such low voter turnout is particularly problematic. We’re usually the cream of the crop in voter participation – in 2008 and 2012, we had the highest voter turnout in the country: 78 percent and 76 percent of eligible voters, respectively, cast ballots in the presidential election.

So, why is it that a state as civically engaged as ours can’t seem to figure out or embrace the primary? For starters, timing matters: In the middle of August, we’re checked out from politics and elections. We’re not ready for the all-too-common mudslinging, name-calling, and “he said, she said.” We’re busy soaking up the already waning days of summer by spending time with family at the lake, enjoying a backyard barbecue with friends and neighbors, or plotting out our itinerary for a day at the State Fair (where we’ll inevitably be bombarded by political campaigns anyway).

Secondly, unendorsed campaigns are often reluctant to move on to the primary because of intense pressure to “abide by the endorsement” from partisan activists. DFL activists did this to now-Gov. Mark Dayton in 2010 when he chose to run in the primary against their then-endorsed candidate, Margaret Anderson Kelliher, and GOP activists were similarly angered this year when GOP candidates for U.S. Senate and governor said they would carry on through the primary. I’m glad to see an increase in candidates willing to give voters more choice and go through the primary process; now, we need to ensure that more than an abysmal 10 percent of voters actually participate.

How about a June primary?

An earlier primary – and ranked-choice voting – might just be the way to do that. Moving the primary to June, for example, would create a more hospitable environment for that dialogue between candidates of the same party to occur on a condensed timeline, decreasing the time that those candidates spend bickering inside their own party. The end result being that candidates spend more time talking about the issues on the campaign trail with the opponent they’ll actually face on the ballot.

Pairing said earlier primary with ranked-choice voting – and enabling that likely increase in primary voters to rank their choices on the ballot – would also have a positive impact. Tuesday’s primary results show a major split in the Republican Party: Jeff Johnson won, but with barely 30 percent of the vote – meaning that 70 percent of Republican primary voters did not support him.

Among candidates of the same party, voters likely have a favorite – but they also probably have a second or third choice, too. By embracing those choices, we’re much more likely to see both Republican and Democratic candidates on the ballot in November who’ve won consensus support from their own party and are best-suited to run strong, substantive campaigns.

Consider this: Given that all four Republican candidates for governor finished within 10 points of each other and none was even remotely close to securing majority support, would the final results have been different if we’d known what voters’ second choices were? Or, if they were the same, wouldn’t it be a good thing for Republicans to know decidedly that Jeff Johnson had secured majority support from a broader array of Republicans?

My first personal experience using ranked-choice voting was in St. Paul’s municipal elections in 2013. The process was surprisingly simple for any voter to understand, and the numbers from Minneapolis’ heated mayoral campaign last year back that up: More than 75 percent of all voters ranked all three choices on their ballot, and two-thirds of voters across all age, ethnic, income, and education groups said they liked ranked-choice voting and want to continue using it.

I know there are those who still aren’t sure about ranked-choice voting – and understandably so. It’s easy to be resistant to changing how our elections are run because we’re comfortable with the current process, despite its shortcomings. We know how it works, and change means investing precious extra time that isn’t always readily available.

But in a state that takes voting very seriously – and prides itself on civic involvement – we must admit when we have a problem. Complacency isn’t an option when 90 percent of eligible voters either choose not to participate in the primary elections, or worse, don’t even know that they exist. As the saying goes, “Decisions are made by those who show up.” I firmly believe that to be true – but if we can make the option to show up a little more logical and easy, why wouldn’t we? Democracy should not be inaccessible.

Moving the primary to June is long overdue – and while we’re making improvements, let’s give primary voters the option to really vote their conscience by ranking their choices on the ballot.

Jake Loesch is the former communications director for Minnesotans United, the campaign that won the freedom to marry for same-sex couples. He has previously worked for the Republican Party of Minnesota and the Minnesota Senate Republican Caucus, and now consults with United Strategies.

Minnesota’s primary problem: It’s time for a change (or two)