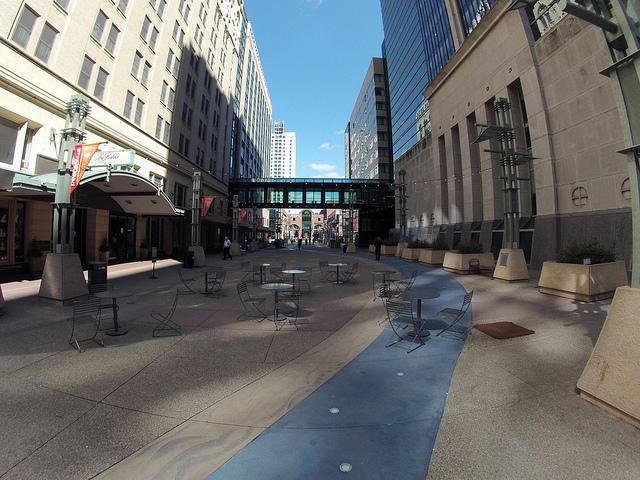 As governor from 2003 to 2011, Tim Pawlenty chided local governments for failing to “live within their means.” A recent report reveals that T-Paw’s accusations were wildly off target. The total revenue of all Minnesota cities declined by 9.2 percent from 2003 to 2012 in real (i.e., inflation-adjusted) dollars, while real city spending fell by 15.7 percent. On a per capita basis, real city revenues declined by a whopping 15.6 percent over this period, while real expenditures declined by 21.7 percent.

These conclusions are based on information from the 2012 Minnesota City Finances report from the Office of the State Auditor (OSA), released last March. The OSA adjusts for inflation in city revenue and spending using the Implicit Price Deflator for State and Local Government Purchases. Minnesota 2020 converted the inflation-adjusted revenue and expenditure data to per capita amounts using population data from the annual OSA city finance reports.

While city revenues declined, real per capita city taxes — consisting primarily of property taxes — climbed by 7.7 percent from 2003 to 2012. The apparent contradiction between growing taxes and shrinking revenue can be explained by the sharp decline in real per capita state aid to cities, which fell 37.6 percent over this ten year span. This abrupt drop in state aid was the result of a conservative “no new state tax” mentality, which led state policymakers to cut state aid to cities and other local governments rather than increase progressive income taxes. As a result of the decision to slash aid to cities, real per capita city property taxes increased at the same time that city budgets were being cut.

The growth in real per capita city taxes and the decline in city revenue during the period from 2003 to 2012 corresponds with a similar trend observed among Minnesota counties, as described in a recent Minnesota 2020 article. For both cities and counties, the decline in revenue and growth in taxes is the result of a sharp decline in state aid.

The decline in city revenue was matched by substantial decline in total city expenditures. From 2003 to 2012, city spending fell by $338 per capita (21.7 percent) in constant 2012 dollars. The largest single decline occurred among capital expenditures (i.e., spending on long-term assets such as land, buildings, and equipment), which declined by 40 percent in real per capita dollars over this period. Meanwhile, real per capita city current expenditures declined by a comparatively small 10 percent.

Audited OSA city finance data for 2013 and 2014 are not yet available; thus, we do not have definitive information on the impact of city aid increases enacted in 2013, effective in 2014. However, projections of city revenues for 2013 and 2014 are available from the most recent “Price of Government” (POG) report published periodically by Minnesota Management & Budget. While the city revenue total from the POG report is somewhat broader and thus not identical to total city revenue compiled by the OSA, the POG report nonetheless provides the best projections of total 2014 city revenue currently available.

Data from the most recent POG report indicates that total city revenue is projected to increase by 4.7 percent from 2012 to 2014 in nominal dollars. However, after adjusting for inflation and growth in the population of Minnesota cities, total real per capita city revenues increased by only 0.4 percent from 2002 to 2014—sufficient to recapture only a tiny percentage of the revenue decline that occurred since 2003.

These findings are consistent with the findings of a 2010 Minnesota 2020 report, which revealed that Minnesota experienced one of the largest state and local government revenue and spending declines in the nation since 2002. Minnesota cities were a significant contributor to this trend, with a double digit real per capita revenue decline from 2003 to 2012 and only a marginal increase from 2012 to 2014. While Minnesota conservatives are complaining about excessive public spending growth, the facts show otherwise.

* The OSA’s 2012 City Finances Report summarizes the trend in city revenues and expenditures from 2003 to 2012. The largest single year decline in city revenue in recent memory occurred from 2002 to 2003. From 2002 to 2012, total state aid to Minnesota cities declined by $189 per capita (49.6 percent) in constant 2012 dollars. A September 2013 Minnesota 2020 article examines the trend in the single largest category of city aid — Local Government Aid—since its inception in 1972.

† Most of the real per capita decline in “other” city revenues that occurred since 2003 occurred during the years of the Great Recession (2007 to 2009).

Jeff Van Wychen is a fellow and director of tax policy and analysis at Minnesota 2020, a nonpartisan think tank based in St. Paul. This article originally appeared on its website.