CC/Flickr/Brian Smith
Taking an active role in homework is a good place to start.

Over the past decade, quite possibly one of the least debated topics in education has been the necessary participation of parents. Public School Review believes parental involvement not only enhances academic performance, but also leads to better classroom behavior. According to studies noted by the Department of Education, parental involvement in a child’s schooling forms a more powerful force than family background, size of family and level of parental education. 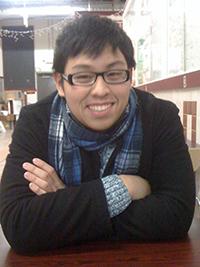 As the Southwest Education Development Laboratory (SEDL) affirmed after it synthesized research from more than 51 different studies, “It may be one of the least controversial statements in American education: Parent involvement can make a difference in a child’s education.”

While there are certainly additional factors that affect a child’s success, this is one factor over which parents have some level of control. It is also, unfortunately, one factor that has begun to take center stage on the growing list of blames when children fail to succeed in school.

Recently, in Pittsburgh, a Post-Gazette columnist, Tony Norman, wrote that the biggest problem in that city’s public schools is “the lack of active, radical involvement of every parent.”

In a country with an education equity problem, budget limitations, inequitable teacher compensation, forced school closings, Common Core debates, school-to-prison pipelines, and on and on … I find it appalling to imagine that parents could be the “biggest problem” in public schools.

But let us not allow this to be the case in Minnesota. Let us not give schools an option to blame parents. Let us show the school boards that we are paying attention, that we participate, that we do our part, and they need to do theirs.

I don’t believe we have a case of disinterest in Minnesota. Involvement can be difficult when you are trying to keep your family afloat. Every well-intentioned parent can be hindered by circumstances beyond their control.

But there are a variety of ways that parents can get involved. Taking an active role in homework is a start, volunteering at school events and regular communication with teachers is another. Even if it is a quick email exchange, you are keeping the door open for two-way communication regarding your child.

If time and energy are a factor, the biggest pay off for your investment is possibly to attend school board forums and participate in the school board election. At the forums, parents can increase their child’s progress by staying abreast of the current state of their schools, building relationships with the education administration, and having a voice to express concerns about emergent issues.

These forums inform parents about the candidates in the upcoming school board elections, create stronger connections between the candidates and families, and give parents a more informed voice when voting. If parents are unable to be as active as they desire, they can at least have confidence in the school board representative they elected.

In Minneapolis, a forum at the Capri

School board elections represent more than better outcomes for an individual child. They represent the opportunity to give students previously invisible to the system access to greater opportunities. It is our means to equip Minneapolis students with the tools they need to be successful and uplift communities.

For example, The People’s Forum is an upcoming School Board forum for at-large candidates. It will take place at 6:30 p.m. tonight — on Aug. 6 — at the Capri Theater on West Broadway. The forum will host candidates Don Samuels, Iris Altamirano, Ira Jourdain  and Doug Mann. The forum is open to all community members interested in the future of Minneapolis Public Schools.

For me, my parents were somewhat involved in my education and that had a huge impact on me. They would persistently ask me how school was and whether I had any homework to do. Trust me, as a kid I was annoyed by my parents pestering me all the time because all I wanted to do was just play games and not think about school after seven or eight long hours of it. But as I look back, I’m glad that they did what they did. It was encouragement for me and it showed me that they were there with me all the way, from achievements in class to my hard times and troubles. Even though my parents weren’t always there, as they were busy with other things, the times that they were there were the most supportive moments during my primary school years.

There is no substitute for good schools; however, active parents make a school accountable. Active parents can engage their child’s mind, encourage their participation and support teachers’ efforts. Let’s take “parents” out of the list of factors working against our children, and begin by doing what we can to give them the support they need.

I speak not to discourage parents, as there are circumstances that prevent them from doing so — such as time or work schedules — but rather to encourage all parents to take time and be involved in their child’s education. It will benefit the kids, the parents themselves, and the schools. The more parents become a part of their children’s education, the more it will give them the drive to shoot for the top and ascend higher in learning.

Pheng Xiong is an organizing fellow of Students For Education Reform Action Network.

Parent involvement is a critical part of students’ success