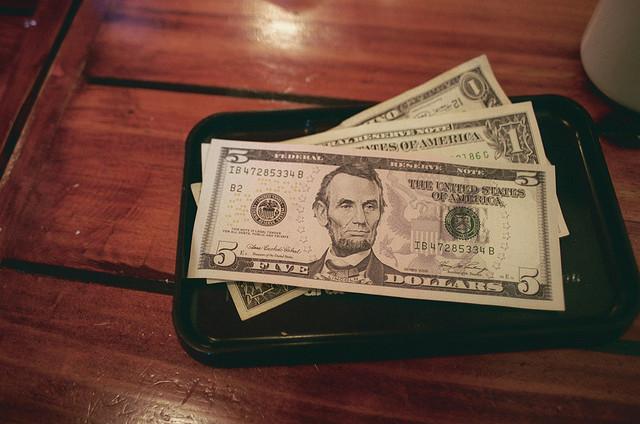 CC/Flickr/Sarah Gilbert
Before our new minimum wage law even went into effect, it was already under attack from big restaurant chains that want to roll back the progress we’ve made by excluding tipped workers from the minimum wage increase.

With millions of working families struggling just to keep their heads above water, income inequality is a hot topic of debate nationwide. From fast-food and retail workers to economic experts to Wall Street, Americans are increasingly worried that too many of us are being left behind – and that an economic recovery built on such a shaky foundation isn’t much of a recovery at all. 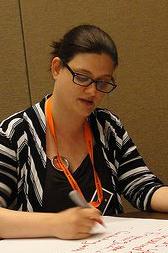 In the past year alone, we’ve seen an unprecedented wave of strikes by low-wage workers demanding living wages and a voice on the job. Meanwhile, economists and policymakers are sounding the alarm that unless we make changes – and fast – our economy could yet again be brought to the brink. From coast to coast, there’s growing consensus that income inequality is the defining challenge of our time.

The good news? If anyone is up to that challenge, it’s Minnesotans. We’ve already made major progress. This spring, our state Legislature passed a bill to raise Minnesota’s minimum wage to $9.50/hour by 2016 – a victory for working families, their communities, and the businesses where they shop. The measure goes into effect today.

We can’t let down our guard

We have every reason to celebrate this step toward a brighter economic future for our state. Raising the minimum wage will help workers afford the basics like food, rent, and clothing for their kids, and relieve some of the burden that falls on taxpayers when big corporations don’t pay their employees enough to make ends meet.

But we can’t let down our guard just yet. Before our new minimum wage law even went into effect, it was already under attack from big restaurant chains that want to roll back the progress we’ve made by excluding tipped workers from the minimum wage increase. And the threat to Minnesota working families is real: Just last month, the restaurant industry succeeded in amending a minimum wage bill passed in Santa Fe County, New Mexico, so that tipped workers will receive a much lower minimum wage.

The truth of the matter is that tipped workers like waiters and waitresses deserve and need a wage floor just as much as workers in other industries. Contrary to the misperception that servers are already extremely well-paid, the median wage for servers in our state is $9.36/hour – including tips, which is below the new minimum wage. And recent census data indicates that servers are much more likely to live in poverty than other workers.

Skill-level aside, the principle couldn’t be simpler: Everyone who works hard should be able to provide the basics for their family, without relying on government assistance to pay the rent and keep food on the table. Minnesota has a chance to show the rest of the country that we all benefit when tipped workers are fairly compensated for their hard work – and that it’s time to take action at the federal level to increase the tipped minimum wage.

No evidence to support negaive-impact fears

There’s no evidence that raising the wage floor for tipped workers will have a negative impact on other workers, consumers, or businesses. In nearby states where waiters and waitresses are subjected to a tip penalty, cooks and kitchen staff actually make less than they do in Minnesota where no such penalty currently exists.

As for employers, because the minimum wage increase affects all restaurants, they will all face the same cost increase, which will then likely be passed to consumers. According to research from previous minimum wage increases, we can expect restaurant prices to rise by less than 1 percent. Meanwhile, the benefits of raising pay for tipped workers will set the stage for a stronger economy across-the-board. Job growth in the food-service industry, specifically restaurants and bars, is outpacing almost every other sector of the economy. If we don’t act now to make these good jobs, millions of would-be consumers won’t have enough in their pockets to cover basic needs, let alone create enough demand to sustain a strong economy.

I have no doubt that Minnesotans will see right through this latest attempt to chip away at progress for working families and for our state. We’re tired of the same old excuses from big corporations trying to pad profits while the rest of us pick up the slack. We’ve made our decision about the need to raise the floor for workers across industries so that everyone who puts in a fair day’s work gets a fair day’s pay, and we’re ready to move forward – not backward.

There’s simply no excuse for shortchanging tipped workers and undermining our economy in the process. We have a chance to do things differently, starting here in Minnesota and ending in Washington, D.C.

Brianna Halverson is the Minnesota state director of Working America.