The American economy is still in bad shape, but some members of the Federal Reserve refuse to admit it. This is cause for real concern among people like me. As America’s central bank, the Federal Reserve is one of the most powerful institutions impacting working people, so what it says and does matters.

But the Fed often ignores regular people and focuses on well-off executives and bankers.

I’m 23, and I’ve been working since I was 14; for me, I’ve only known what it’s like to work in a terrible economy. The only job I could find was 40 minutes away from where I live and pays $11.50 an hour. When you factor in the cost of gas, car insurance, tires and all the little things it takes for me just to get to work, that $11.50 an hour gets a lot smaller. But it’s the best I can do, and I’ve got to do it, for my young daughter, to help out my sister who is also struggling with too few hours for too little pay at McDonald’s, and for my mother, who needs my support for her health needs. That’s the economy that I’m living in. And that’s the economy most people I know are living in.

But there are others in the Federal Reserve — like Philadelphia’s Charles Plosser, Kansas City’s Esther George, and Dallas’s Richard Fisher — who want us to believe the economy is doing great. They think unemployment is where it should be and can’t get much lower. They say the Fed should raise interest rates because the economy has already recovered. They refuse to see the reality that many working families never experienced any recovery from the recession: Wages are still low, and there are not many well-paying jobs.

These folks need to listen to Kocherlakota and workers like me. They need to hear about the economy from people who are actually working to make a living in it. That’s why I’m going to tell them in person.

With a diverse group from around the country, I’m traveling to Jackson Hole, Wyoming, where the Federal Reserve will be meeting to discuss their upcoming priorities. When we see the bankers and Fed officials who are say that the economy is doing well, we’re going to emphasize that it’s time for the Federal Reserve to implement a full employment agenda to help reduce inequality, raise wages, and give more Americans a shot at not only entering the middle class but staying there. 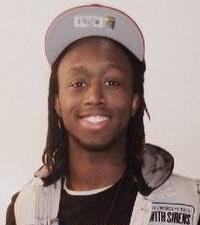 Regular workers like me weren’t invited but we’re going anyway, because we know bankers and others in attendance want to avoid topics like struggling to pay the rent and the fact that Americans across the country continue to wait for economic relief that has yet to arrive.

Statistics are no substitute for the stories of real people, so we’re going to tell the Fed our stories, and elevate the concerns of real workers above those of Wall Street and financial firms. We’re going to tell them about how and why the American economy is broken, and what it feels like not to know if you can afford to pay your bills every month or feed your kids. As Minneapolis Fed President Kocherlakota says, we refuse to accept this as the new normal.

The Federal Reserve should be doing much more to help vulnerable Americans achieve real economic security. It should be using its political power and policy tools on behalf of working people and the unemployed, instead of the wealthy elite.

At the Jackson Hole conference, Fed leaders will be talking about whether and when it should raise interest rates. If it raises interest rates too soon, it will hurt the economy and make it even harder than it already is for workers to find good jobs, get raises, and achieve real recovery.

Fed officials need to get real and reorient their agenda to working families. They need to understand that the economy is still in awful shape and take immediate steps to boost wages, reduce income inequality, and strengthen and expand our country’s shrinking middle class.

Tyrone Raino lives in Minneapolis. He is a member of Neighborhoods Organizing for Change.

What recovery? Workers are telling the Federal Reserve to get real