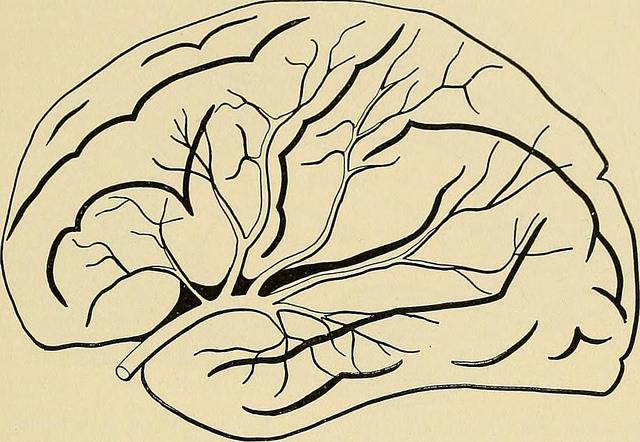 CC/Flickr/Internet Archive Book Image
A growth mindset analogizes the brain to a muscle which grows stronger as it is worked more.

With so much of the attention in education reform focused on quantitative outcomes or defining “good” teaching, we can sometimes miss or minimize some less academic, but quite powerful, opportunities to help students through changes that address students’ experience and psychology.

The research on psychological routes to increasing student performance hasn’t received much attention in policy spheres (or if it has, that attention hasn’t been translated into meaningful changes in policy or in rhetoric). In the academic and educational worlds, however, it has continued to grow. Both when I was at Teach for America’s summer institute and when I was teaching, it wasn’t uncommon to hear discussions of the work of Carol Dweck looking at growth mindsets contrasted with fixed mindsets about learning. As The Atlantic has recently demonstrated with a research roundup, her research has influenced several other academics to dig deeper into what schools can do, both at the K-12 level and in higher education, to get more students to engage with school.

One part of this is recognizing the difference between fixed mindsets and growth mindsets. A fixed mindset about school and learning starts with assumptions about innate ability. When we boil things down to who’s “smart” or “good at math,” we’re starting with a fixed mindset. This still allows room for learning, but it sets different assumptions for how fast or easily students will learn.

As it turns out, this isn’t great for students’ persistence when they encounter difficulty, regardless of whether they’re viewed as “smart” or “dumb.” Students who self-label (or who feel labeled by others) as “dumb” aren’t as likely to think they belong in school or that it’s worth it to try hard. On the other end of the spectrum, students who identify as “smart” may not be willing to try as hard in areas where they don’t quickly show progress, and may outright avoid experiences they perceive as threatening that identity.

A growth mindset, by contrast, analogizes the brain to a muscle which grows stronger as it is worked more. This model makes it more likely that students will embrace difficulty as a sign that they are growing, and students with growth mindsets are thus more likely to keep at it even when school is hard. Shifting students (and teachers, families, and administrators) over to growth mindsets has been one of the major goals of those familiar with the research on this sort of psychological approach to education.

Connected to this use of growth mindsets is the charged term “high expectations.” On the one hand, research does demonstrate that explicit communication of high expectations to students increases motivation and trust. One study, for instance, noted that students were more likely to revise an essay and improve their writing when they received feedback that emphasized the teacher’s high standards and belief that the student could reach them. That feedback also encouraged students to trust their teachers more, especially when they previously had not trusted teachers.

On the other hand, “high expectations” is too often used in counterproductive attacks that simply blame teachers rather than advancing a real shift in mindsets. Most teachers do have high expectations for their students. The research on expectations should be seen as exploring how best to communicate and reinforce those expectations to build student trust, not as an ideological indictment of the existing teacher corps.

Extrapolating from this research, we can see how important it is for schools to reiterate — with sincerity — a combination of high expectations and growth mindsets. This can and should happen both in the classroom and outside of it. Also, as some of the more prominent researchers in this area have discussed, “These are not quick fixes that can be administered broadly without consideration for local contexts or the meaning students make of them. They require an R&D model that incorporates authentic collaborations between researchers and contextual experts and rigorous experimental and observational evaluation at each step.”

Running through much of this research, and explicitly addressed in some cases, is the importance of helping students feel that they really do belong in school. Especially in cases where students and families have historical reasons not to trust schools, or in fields where damaging stereotypes continue to dominate (as with girls and women in math and science), schools should serve as a counterforce to historical and institutional biases.