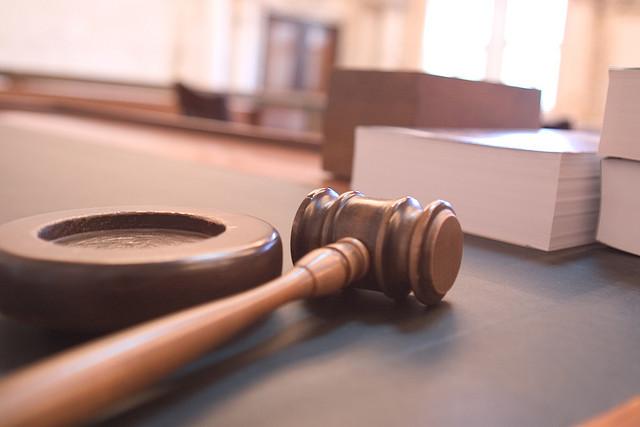 This is the first in a series of occasional commentaries on the judicial system from the perspective of a District Court judge.

Picture a large auditorium full of people from the community. The room is full because there are three judges being sworn in that day and each will be introduced by a friend or colleague who will tell how special the new judge is, and why the community is so fortunate to be graced with the judge’s wisdom and experience.

A colleague of mine who was being sworn in had the courage to tell a joke at his ceremony — a story about three judges in a duck blind: an appellate court judge, a Supreme Court justice, and a trial court judge. It was duck season, when, through the early morning mist, the appellate court judge could see what looked like a duck approaching. Before taking a shot, she wanted to look at a treatise to be sure it was a duck — by which time the bird was out of range. The Supreme Court justice saw the next bird, but he wanted to confer with his colleagues and research the available precedents before he’d shoot — unfortunately, by then the bird was long gone. When the trial court judge saw a bird he immediately aimed and fired. “I sure hope that was a duck!” he exclaimed.

We all laughed, for my new colleague’s bravado at telling the joke — and because it contained much truth. Trial court judges often make important decisions without the time to contemplate, and without anyone’s citation to legal precedent.

In the throes of trial, a judge can seldom take the time to seek guidance from law books, cases, or rules of evidence. In criminal cases, especially, lawyers often make motions on critical issues of constitutional law, or the admissibility of evidence, without citation to any authority. Decisions by a trial court judge may be based as much on his or her sense of the law as on specific knowledge of it.

Case review on the fly

I still recall a case I addressed as a new judge. Two lawyers came before me on a domestic assault case, unusual because the defendant was a woman (most domestic assault defendants are men). There was a motion to suppress the woman’s statement taken when she was still in her home. The question was whether she was in custody and therefore entitled to be advised of her right to remain silent. I asked the attorneys whether they had any cases to cite; they had none. But in the minutes between the time when I was assigned the case for hearing, and the actual hearing, I had the opportunity to refer to notes I had prepared from my review of new cases. I recalled a case addressing the issue, and quickly found a decision by the Minnesota Supreme Court that neatly laid out the factors a judge should consider in deciding when a person in their home is in custody tantamount to arrest. I applied the law to the facts and made my ruling.

The lawyers weren’t bad lawyers. They were both well regarded in their profession. But in the press of time, they had overlooked one of the most important things a good attorney must do: find legal support for their position. While a judge should be able to rely on the attorneys as officers of the court to bring the most relevant cases to the judge’s attention, in the final analysis it is the judge’s responsibility to get it right, with or without the lawyers’ help.

Of course, there are many cases where the judge has the time and resources to carefully consider the law. The lawyers in many cases do an excellent job at researching the law, and presenting cogent arguments in support of their positions. Reading cases, analyzing the facts and the law, and assessing how a prior case may help decide the controversy is an integral part of how a judge makes a decision. But sometimes there is no decision on point, or the cases simply do not contemplate the fact situation before the court for resolution.

It is hard enough to address some legal issues when the judge has the time and resources, but even harder when a case presents itself for emergency resolution. Parties sometimes come before the court on a motion for a temporary restraining order which requires immediate attention. A judge must then put other work aside in order to resolve the emergency matter.

At the end of last year, for example, I received a request for a temporary restraining order in litigation over whether the City of Minneapolis could proceed with its plans for a major downtown office, residential and park development. I received the case on a Wednesday, heard the parties on Thursday, and issued a 12-page order on Friday. Wednesday night I took home the parties’ briefs, copies of the most important cases and statutes, and a thick volume containing the Minneapolis City Charter. I immersed myself in the materials so that I could question the lawyers and quickly come to a decision. I set everything else aside so that I could write an opinion and meet the deadlines involved. Like the trial judge in the duck blind, sometimes a judge has to make a decision with little time to contemplate and reflect.

Of course, it’s not just making decisions that is important, but making good ones (and expressing them clearly and succinctly). In 2002 when I was interviewing for the position as a District Court judge, I ran into a retired judge who said he’d heard I was an applicant. “You can do it,” he told me. “All you have to do is make a decision.” But it’s not just a decision that a judge must make — it’s a measured decision, a reasonable one informed by the law.

Every decision is important

A part of the wonder at being a trial court judge is that decision-making is endless, and every decision is important. A judge decides if an accused gets out of jail pending trial, whether or not evidence is admissible, and how to instruct a jury regarding the law. Judges decide if someone should be sentenced to jail or prison, or placed on probation, and for how long. In civil cases, judges define our rights, privileges and responsibilities in our business and personal lives. These decisions don’t involve headline-grabbing cases of murder and mayhem, or rape and robbery. But civil-case decisions often affect how we do business, define our personal and corporate obligations, and control our interactions with one another.

Judges help mold the law, deciding issues never before addressed, or interpret and apply past decisions when the law is clear, but how it should be applied is in dispute. Ralph Waldo Emerson, in the “Conduct of Life” (1860) said it best:

The judge weighs the arguments and puts a brave face on the matter, and, since there must be a decision, decides as he can, and hopes he has done justice.