“We need an entirely new economic model, and a new way of sharing this planet.”

—Naomi Klein, “This Changes Everything: Capitalism vs the Climate” 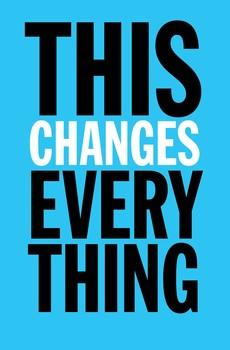 There are lots of ways that conversations about sulfide mining in Minnesota conclude, some of them less than pretty. But what about where they start?

If we start with the proposition — and I believe we should — that we all share a stake in the health of the air and the water, as well as the soil and trees and habitats, then isn’t it the case that profits taken, and damage caused, by corporations exploiting these resources is at our collective expense? In other words, isn’t that resource-based corporate welfare? (One might argue the entire economy relies on it.)

If so, shouldn’t it follow that subsidizing public institutions (transit, schools, health, etc.) by taxing investors who enjoy these profits is not “giving money away to the undeserving poor,” but reimbursing us for our losses?

What if the state owned mining profits?

More to the point, when it comes to current sulfide mining proposals in Minnesota (PolyMet, TwinMetals), what if we owned 100 percent of the profits, minus a reasonable fee for the work that produced it, rather than multinational corporations owning the profits and paying taxes on a portion of it? (Incidentally, Tony Hayward, of BP Deepwater Horizon infamy is deeply invested in PolyMet.) Would we not then be better able to invest those revenues back into Minnesota, including a sizeable fund for any cleanup-related costs and an international fee for carbon-based pollution produced?

I haven’t heard it. And without such a narrative, the deal has seemed cooked in the company’s favor from the outset.

Naomi Klein in “This Changes Everything” is right — now is the time to “think big, go deep, and move the ideological pole far away from the stifling market fundamentalism that has become the greatest enemy to planetary health.”

The PolyMet debate is an opportunity for us do our part by completely reconsidering how we think about public minerals and resources in Minnesota. According to a recent Star Tribune poll, support for the PolyMet proposal is declining. Perhaps we already are.