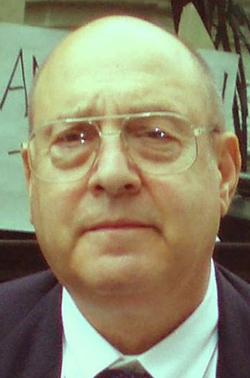 Steve Isaacs should be defined by his vision, not by a few ill-advised acts.

I was very sad last Friday morning when David Isaacs called me to tell me his dad, my benefactor, friend and mentor, former Minneapolis Star Editor Steve Isaacs, had died in Austin, Texas. I became a lot sadder and quite angry a few hours later when, in response to a Facebook post I wrote about Steve’s death, a respondent lit my fuse.

Amid several commenters praising Steve, one man recalled Steve’s notoriety for cutting down trees in front of his Lake Harriet home. That act earned Steve a citation, a fine and solidified his reputation as a community character.

Those damn trees wrongly defined Steve and his legacy.

Now, Steve Isaacs was a character. There is simply no denying that, and for many it was part of his charm. This outstanding Washington Post obit is a fair portrait of his bluster, his outrages and his inherent genius.

But I worry that the genius of Steve is not being appropriately represented, especially in Minnesota. The very act of joining The Minneapolis Star as its editor, when its exact date for extinction was the only issue in question, was courageous, rebellious and pugnacious.

Isaacs knew his mission to save a dying afternoon paper was a 100-1 shot, but he relished in reinventing journalism and embracing long-form writing as it had seldom been embraced. He made bold hires, me among the boldest. He committed to a yearlong energy project and he raced head-long into a culture change of a rigid journalistic tradition.

Steve Isaacs was a brilliant provocateur. He once was so disappointed in the morning front page offerings for The Minneapolis Star that he sent the editors back to find stories that better fit the mission. He sometimes chose deliberately outrageous stories simply to build a culture that said risk and failure were OK. This was in 1979, years before most people realized that journalism had become hopelessly entrenched in a military-like hierarchy that discouraged experimentation.

Isaacs knew even then that newspapers were not connecting with readers as they need to connect. He didn’t claim to have the answers, but he knew the status quo was not it.

Tact, diplomacy and long-term political assessment were not Steve’s gifts. He would rather blow something to smithereens with an incisive, cutting comment just to see how people would fix it.

As bombastic and cutting as he could be, Steve was incredibly loyal and kind. He took several steps to make sure the demise of the Star did not hurt my career and that of several others.

Steve Isaacs was as complex a human being as I’ve ever known. He was also one of the most exciting, intelligent and future-oriented people I’ve known.

It would be tragic if a few bleeping trees on Lake Harriet defined the man’s legacy.

Tim J. McGuire is the Frank Russell Chair for the Business of Journalism at the Walter Cronkite School, Arizona State University. He blogs at McGuire on Media. McGuire was editor and senior vice president of the Star Tribune from 1992 to 2002.