Ukraine’s President Petro Poroshenko will address a joint session of Congress today and is widely expected to call on the United States and its allies to increase both military and non-military aid to his embattled country. For the past several months local Twin Citians have donated funds for humanitarian aid to Ukraine’s military, mostly in the form of much-needed first aid kits. This assistance, however, is unequal to the requirements of the Ukrainian military, which needs full military aid from Western governments if it is to have a fighting chance to defend its borders and democracy. 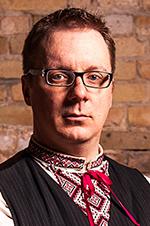 Let us unequivocally dispense with Russia’s lies. This war is of Russia’s doing. Fascists do not control Ukraine, nor have the rights of ethnic Russians or Russian speakers been threatened in Ukraine’s post-1991 history. The Yanukovych government – a government that was among the most corrupt on earth and embezzled $65 billion from the state – was removed by a “Maidan” protest movement outraged by this corruption and abuse of power.

Ukrainians who supported the “Maidan” protests included a cross-section of people from across the country, and was strong enough in its pluralism, tolerance and democratic ethos to include both right- and left-wing militants without being overcome by them. The Maidan movement consisted of Ukrainian and Russian speakers; ethnic Russians, Ukrainians, and others; and people of all faiths. The government democratically elected after the protests has repeatedly demonstrated a pluralistic and inclusive nature, and has been remarkably restrained in its response to Russia’s aggression. 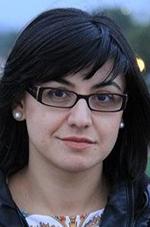 Furthermore, Ukrainian society showed it has no stomach for militant groups in the May 2014 presidential election, when far-right candidates received less than 2 percent of the vote. Finally, Ukrainians — including those in the embattled Donbas region — have demonstrated commitment to their democracy and independence with over 90 percent in recent polls rejecting Russia’s intervention and attempted dismemberment of Ukraine.

No mass support for the insurgency

There is no mass support for the insurgency in Ukraine — this is another Kremlin lie. Native participants of the separatist insurgency are a tiny subset of Ukraine’s population, and are active in an uprising organized and led by questionable individuals from Russia who are suspected of torture, kidnapping and other human-rights abuses. The Russian nationals fighting as insurgents in Ukraine include Russian ultranationalists who fought in Chechnya or as mercenaries in Bosnia, or have ties to Russia’s criminal underworld. These are the people who form a behind-the-scenes cabal shaping events in Ukraine, and they have been supplied by Russia with the weapons, mercenaries, and intelligence without which a war in Ukraine would never have been possible.

Russia’s current war was aided by Yanukovych, who undermined the Ukrainian military. His government ended cooperation with Western initiatives – Ukrainian forces had participated with distinction in a variety of NATO operations. He underfunded the Ukrainian military, allowed its equipment and military preparedness to decline, and replaced competent officers with those loyal to his regime. Nevertheless the Ukrainian military, although weakened, largely beat back the Russian-sponsored insurgency this summer. These gains were made mostly by Ukrainian volunteers with little training and a tremendous display of civic virtue.

Russian President Vladimir Putin, however, has now thrown down the gauntlet. The Russian army – one of the most powerful in the world – is pushing back Ukrainian forces and reasserting control of the Donbas region.

How long will the West stand by and watch? Will the West provide the full military assistance Ukraine needs to defend its borders, sovereignty and democracy?

Over the years, Ukrainians have fought and died alongside their Western allies as part of NATO missions. Now that Ukraine has been invaded by Russia seeking to prevent Ukraine’s democracy from flourishing, what has been the response of these erstwhile allies? Ukrainians are fighting and dying for shared Western values and for the chance to join the EU, but the U.S. and EU have offered mostly strong words and sanctions against Russia while refusing most of the military aid Ukraine desperately needs.

By denying them full military aid, Ukrainians are essentially told by the world’s recognized global defender of freedom and democracy that their quest for freedom and democracy is not equal to other countries that do receive U.S. aid. By denying Ukraine military aid, the EU is giving tacit approval to Russia’s reintroduction of war as a means of settling conflicts within Europe’s borders. In the 1994 Budapest Memorandum, Ukraine gave up its nuclear arsenal in exchange for guarantees from several Western countries of its borders and sovereignty; by denying Ukraine military aid, these countries break their promises.

Failure to help defend Ukraine is both a moral failing of our Western leaders and a dangerous precedent: If Ukraine’s borders are not sovereign, whose are? Who in the future will give up a nuclear arsenal in exchange for empty promises? What will check the ambitions of other belligerent nations and movements that seek to redraw borders, including ISIS fighters?

Ukraine needs and has earned the right to the support of the West.