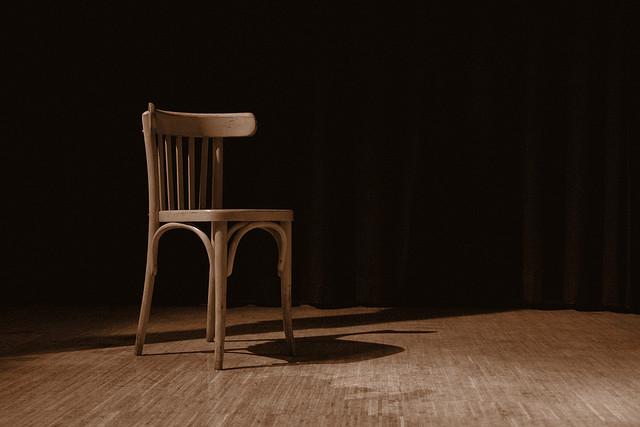 CC/Flickr/Rick van der Meiden
We know things have gotten bad when campaigns for Minnesota secretary of state are out-theater-ing the theater people.

This fall marked the 54th anniversary of the first televised presidential debate in U.S. history. Whether Richard Nixon’s pallor or John Kennedy’s glow actually affected the outcome of the 1960 race is still debated. But the legacy of that broadcast is common “wisdom” among the political class: Debates are more theater than substance, and a campaign manager’s job has more in common with the director of a local production of “Guys and Dolls” than with the policy analyst at the local university. We know things have gotten bad when campaigns for Minnesota secretary of state are out-theater-ing the theater people. That’s what I discovered when I attempted to put together a live forum for the three major-party candidates in this important statewide contest.

I co-founded and run an organization called The Theater of Public Policy. At live events across Minnesota, we interview policymakers and thinkers on stage. Then a team of improvisers bring the issues to life through completely unscripted comedy theater. It was described by one local media outlet as “C-SPAN being suddenly swarmed by the cast of SNL.” Only our cast’s job isn’t to make fun of issues, but to use humor to illuminate them and make them relatable.

From Gephardt to Hodges

Since 2011, we have had more than 150 shows, interviewing guests including former presidential candidate Dick Gephardt, state legislators from both parties, and even current Secretary of State Mark Ritchie. Last year, we hosted a debate with six of the leading contenders in the Minneapolis mayoral race, including eventual winner Betsy Hodges.

This fall we wanted to do more of those debates, including a conversation with the candidates for secretary of state. The proposal was that the Independence Party’s Bob Helland, DFLer Rep. Steve Simon, and Republican Dan Severson would join us for an on-stage debate, answer audience questions, and then our cast would perform improv based on all the issues raised.

You might be thinking, “Who in their right mind would think a forum like that is a good idea?”

Well, the actual candidates did. Both Simon and Severson were enthusiastic about the event. Severson proposed specific issues he thought would be good to cover in the forum. Simon had staff confirm that the two potential dates of the debate were available and that he would be more than happy to join us on whichever worked for Severson.

That should have been the first red flag. But I didn’t catch on to the elaborate kabuki dance taking place until the State Fair.

It was there that I went to the DFL pavilion to tell Simon how excited I was for the Secretary of State forum. But before the actual candidate said much, his campaign manager, Pam Rykken stepped in.

“I think we’ll do the debate if Dan Severson agrees to do it.”

I found that odd, as it seemed to me they had already agreed to participate. But without the actual candidate saying another word, the conversation ended.

A few days later, I received a call from the Dan Severson campaign. They had no shortage of questions — about The Theater of Public Policy, other debates we had done, about me personally, and about why we were interested in such a “boring’ race.” The issues we might discuss did not come up in this conversation. Whether there were any Republicans who would vouch for us did.

There were such Republicans, but ultimately it didn’t matter. Severson’s campaign notified me had a conflict and would not be able to attend our forum. I asked what the conflict was and if we might schedule on another night, knowing what a naive question that was. I have yet to receive a reply.

When I informed the Simon campaign that Severson had declined our initiation, I was told that the representative now also had a conflict. Again, follow-up questions as to what was keeping the representative so busy were left unanswered. I’ve since learned that Simon campaign had scheduled a high-end fundraiser for that evening, though that doesn’t explain his business on every other night before Election Day.

I am asked regularly why politicians would come on The Theater of Public Policy, even though it’s an unscripted show, where they can’t control the content or “optics.” In my experience, most people who get into politics and policymaking revel in the opportunity to talk about big issues, be challenged, and even have fun with it all. It is the political system we’ve built that’s the problem. The campaigns that manage candidates’ every move are what recoil at the thought of going off script. Worse still, we voters reinforce that instinct, punishing politicians who take risks or go off message.

So join The Theater of Public Policy for our unscripted Secretary of State forum on Oct. 20. We will have Independence Party candidate Bob Helland on stage, along with two empty chairs, a representation of a theatrical game that began long before this contest, and will continue long after our curtain falls.

Tane Danger is the co-founder and host of The Theater of Public Policy, which uses improv comedy theater to unpack and re-imagine big issues and serious questions. You can follow him on Twitter at @TaneDanger.

1 event, 2 empty chairs: the perils of luring candidates to a live forum with improv