Why would an overworked, overtired mom choose to miss work and load up with her 11- and 13-year-old into a crowded charter bus to make a bumpy 48-hour round-trip expedition from Minnesota to New York City for a climate change march? I asked myself that question repeatedly in the days before our departure. And now, back home, I’m still asking: Why did we do it? And what now? 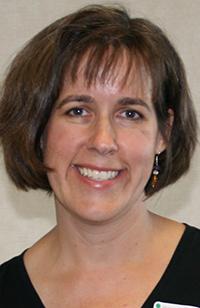 I’d like to clarify that this was not a typical adventure for my family. Yes, we care about the environment, we camp, drive a Prius, use LED lightbulbs, compost, recycle, etc. But we have not previously been “march”-inclined folk.

It’s not that I doubt the science showing that climate change is real. Nor that human activities are the cause, nor that potentially dire impacts are possible. But I’ve felt overwhelmed and confused as to how I can truly make or support change. Climate change seems so complex and irreversible that I’ve felt hopeless, paralyzed. And honestly, our family’s lifestyle is plenty fossil fuel-dependent, with car commutes, plane trips, electronic devices and a dependency on the utility companies.

But along came this People’s Climate March opportunity. I heard about six buses going from Minnesota and, on a bit of a whim, decided my kids should glimpse that kind of activism, that kind of dedication to change. And who knows, maybe it would turn out to be as “historic” as folks were predicting. I gulped and signed up.

I had several acute worry episodes beforehand – about missing work, bus crashes, carsickness, violence, or most of all losing my children in massive Manhattan crowds. What was I thinking? Meanwhile my kids got excited, and focused. Turned out several other families from our school community had the same idea. Eight kids made a banner aimed at world leaders meeting in NYC the same week – “YOUR DECISIONS, OUR FUTURE, Seward Montessori, Minneapolis, MN” — inviting schoolmates to sign it. They began talking to peers, teachers and families about the cause.

The march-day energy was incredible. Officials estimated the assemblage at around 400,000. With banners and MN-shaped signs in hand, our busload of 50 weary but suddenly wide-awake and wide-eyed Minnesotans unloaded and entered into the 30-block lineup along Central Park.

I had thought that my purpose that day was exposing my kids to public and historic activism, and so it came as a jolt how they led me. Our Minnesota children were instant leaders and inspirers of others, both our ragtag group and beyond. Walking behind their banner, they were like rock stars eliciting cheers, stares, pointing, and folks constantly maneuvering out of the crowd to photograph them with smartphones and giant news cameras. Theirs truly was THE message and they were the ones to carry it. Their future is literally at stake in the decisions, policies, and activities of today.

Now we’re home and pondering what’s next. I confess to a slight fear that an activism switch has turned on in my kids. I honestly don’t know if I can muster that energy repeatedly. And I’m a bit afraid of them scrutinizing and calling us, their parents, on our fossil fuel usage.

At the same time, I am so grateful that this experience touched them deeply, opened their eyes further to the urgency, the need for real, meaningful change on every level and policies that enforce it. It opened all of our eyes to the diversity of sectors and voices calling for our planet’s protection. And to the hopefulness that comes from being part of something huge.

When asked about the experience, my kids immediately tell about that moment in the March at 1 p.m. when miraculously the throngs (and the city itself somehow) went silent, raising our hands to honor those who have already suffered from real climate change impacts. We had been instructed to end the silence with serious noise, our collective call for action.

Standing there amongst skyscrapers, we heard a small sound begin far behind us in the line. It grew, and grew, and sped toward us with the physical presence of an accelerating train. Momentarily scary. Unlike anything any of us had ever experienced.  Suddenly the deafening clamor of thousands enveloped us, and we felt uplifted by a wave of possibility. Then the chants began, “We are unstoppable! A new world is possible!”  And I knew that my children – and I — will be part of it.

Emily Green is a freelance writer/editor living in South Minneapolis.