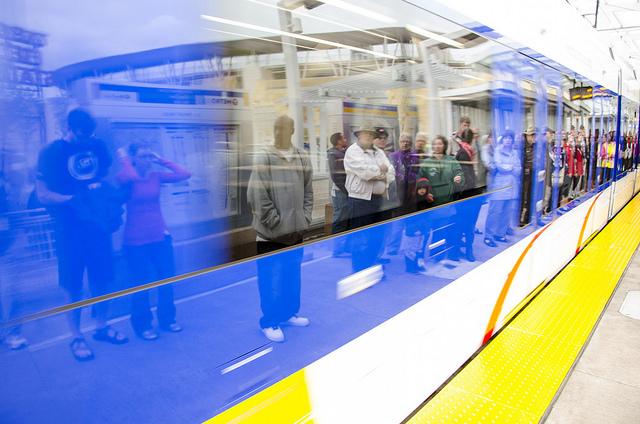 Courtesy of Metro Transit/Mike Doyle
If regionalism were working, we would have a well-funded, long-range plan for transportation that gets people where they want to go.

The Metropolitan Council is an appointed body created by the Minnesota Legislature to plan for the growth and delivery of regional services in the seven-county Twin Cities metro area. It has many of the broad powers normally entrusted to elected officials, such as the power to tax and take property for public use — but none of the council members are elected by the people they govern. The governor appoints all 16 commissioners and the chair; they serve at his pleasure and direction. The Met Council is not directly elected because the Legislature wanted this regional body to be free of “parochial” considerations so commissioners could act broadly for the sake of the entire region. State-level oversight is how Minnesota has justified a unique “one-off” form of regionalism. There is no other regional government quite like the Met Council in the United States.

Citizens are dependent on the governor and Legislature for oversight but historically, neither the Legislature nor a long string of governors has held the council in check. As a result, the council’s policies lack credibility with citizens and local elected officials.

By it very structure, the council is not accountable to the people it governs — or even to the people we elect at the local and county level. Predictably, the council has rejected the narrow mission the Legislature assigned it — to accommodate growth in the region by planning for and delivering regional services — and flipped and expanded the mission to directing growth by leveraging its power over planning, transportation and sewers.

Proof of that rejected mission is “Thrive MSP 2040,” the Dayton administration’s 30-year plan for development in the metro region. In sum, Thrive rejects the region’s need for new roads for cars and buses. The plan grandiosely aims to solve big issues like the achievement gap, income inequality and climate change by huddling us around fixed train lines and getting us out of our cars. In doing so, the Met Council makes a power grab at housing — without authorization from the Legislature.

To be clear, the “problem” is not Thrive per se. The problem is regionalism. Thrive is just an advanced symptom of the Met Council’s governance problem.

Before the Legislature can solve the Met Council problem, it needs to ask what the state was trying to accomplish back in the 1960s when the council was established.

Set aside for the moment the clear desirability of regional services for sewage treatment and transit; the initial goal was to require local units of government to have comprehensive plans. We needed sewer pipes and roads to match up — at an efficient price. The goal of comprehensive planning by cities was largely accomplished by the 1980s. Instead of declaring, “Job well done!” the state kept building on top of an unaccountable council structure.

Why do we need it?

Why does the region need a regional body — appointed or elected — when we already have local, county, and state officials — and more ballot decisions than informed, conscientious citizens can reasonably make?

The Legislature created the problem and made it worse by adding to the Met Council’s power without addressing its accountability problem. This has left Minnesota without a credible, widely accepted plan for the region.

The mistake the Legislature has made over and over is thinking that it can vest significant authority in a body that is not elected by, and therefore accountable to, the people who must live with its decisions. The great, still radical idea of the American Experiment is that regular people should be allowed to govern themselves without interference from well-meaning elites and so-called experts. We accept some level of interference from our elected officials — but not appointees.

Time for unworkable experiment to end

The Met Council has been a five-decade experiment in something other than democracy. And though it may not be politically feasible, as a matter of sound public policy the Met Council should be unwound, with useful functions returned to local and state government. This is not a punishment for overstepping its bounds — a sort of political execution — however satisfying that would be to many people. The elimination of the Met Council would simply be a recognition that regionalism does not work.

In 2011, Legislative Auditor Jim Nobles evaluated transit in the Twin Cities. The report found that too many organizations touch transportation operations, that transit is marked by inefficiency and dysfunctionality — and relationships strained by overlapping responsibilities and distrust.

In other words, we have the burden of regionalism but not the benefits. If regionalism were working, we would have a well-funded, long-range plan for transportation that gets people where they want to go. Instead we have shoddy roads and a revolt by suburban counties and cities.

Jim Nobles’ office concluded that the Met Council’s governance structure must be reformed. He wrote, “The current situation has resulted in large part from the Metropolitan Council’s lack of credibility among elected officials and other regional stakeholders.”

While we strongly urge the Legislature to consider an orderly transition back to local and state control of the region, we recognize that a consensus may be building around some version of what is called “Option 2” in the Legisltive Auditor’s report. The report recommended “a Council with a mix of gubernatorial appointees and elected officials from the region.”

The Center of the American Experiment does not endorse any particular mix of local officials on the Met Council, but we are cautiously optimistic that it would be better than the status quo. Local elected officials would bring “parochial” views but they would also being a lot of knowledge about what we can afford, as well as respect for people’s dreams and preferences.

At a minimum, the governor and the Legislature should reject Thrive MSP 2040 in its entirety and declare a moratorium on all light-rail projects so the Legislature can get a handle on the capital and operating costs.

Perhaps the grand arrogance of Thrive MSP 2040 will finally bring legislative and regional factions together to solve or at least improve the Met Council problem.

Kim Crockett is the COO of Center of the American Experiment. She is the co-author with Katherine Kersten of “Met Council Power Grab: How the Dayton Administration Intends to Transform the Twin Cities Region for Decades to Come,” from the Minnesota Policy Blueprint.