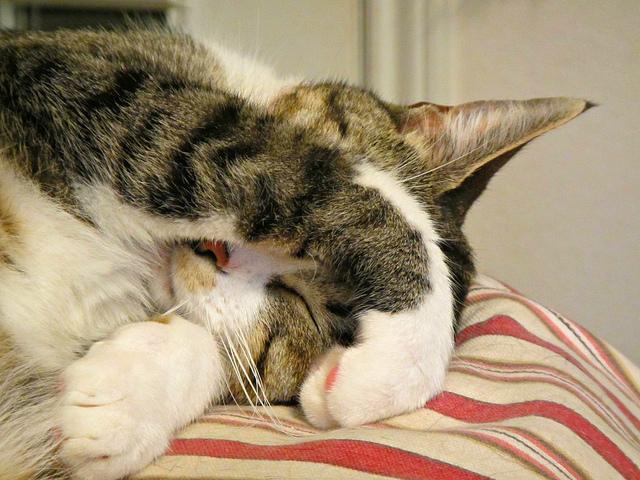 CC/Flickr/CameliaTWU
There appears to be an electoral excitement deficit.

Walk down any street in Minnesota. Have lunch in your favorite restaurant. Take a break and sit on a bench in a shopping mall.

You’ll see plenty of busy Minnesotans, but it’s rare that you’ll encounter people having animated conversations about the 2014 election. It’s even more difficult to find somebody who speaks with unbridled optimism about how the state or nation will be better after you cast your ballot on Nov. 4.

Many Minnesotans view voting as a civic responsibility, so a respectable chunk of the population will still show up at the polls. But in our crisp fall air, there appears to be an electoral excitement deficit. You could call it Minnesota malaise.

No overarching, compelling issue: In contrast to the spirited 2012 election that was dominated by the debate over same-sex marriage, there is no overriding issue to drive voters to the polls. Our climb out of the Great Recession continues. The U.S. Supreme Court upheld the Affordable Care Act, aka Obamacare. So now the discussion has shifted to how to fix the administration of Obamacare. Minnesota voters reacted to the disruption caused by the 2011 state government shutdown in the 2012 election, so they aren’t in the mood to punish lots of state politicians this year. Minnesota’s unemployment rate has dropped to 4.3 percent, which also bodes well for incumbents.

Republicans are struggling to make the case for change: DFL Gov. Mark Dayton has widened his lead over Hennepin County Commissioner Jeff Johnson, the GOP nominee, in the latest KSTP/SurveyUSA poll. The 51 to 39 percent advantage shows that voters don’t have a burning desire to replace the governor. In the same poll, Republican challenger Mike McFadden garnered only 37 percent support to 55 percent for DFL Sen. Al Franken.

After the release of the KSTP poll, there was almost a funereal atmosphere among callers to conservative talk radio shows on Tuesday.

“McFadden and Johnson have zero passion,” said one male caller to a show hosted by Dave Thompson.

A Republican caller to the “Up and At ‘Em” morning show labeled McFadden a RINO, Republican In Name Only. A woman voter, labeling herself an independent, phoned the show to express disenchantment with President Obama’s performance. But she wasn’t ready to jump on a GOP bandwagon. She said she is “disappointed in all politicians.”

Minnesotans are wary of electing strangers: Unless voters are angry or fearful, they tend to stick with incumbents and are reluctant to take a chance and elect people they don’t know.

McFadden is making his electoral debut in a bid for the U.S. Senate, the most powerful legislative body in the world. It’s extremely challenging to get acquainted with voters in 87 counties within a few months. People have had six years to watch Franken in action. They are simply getting an initial impression of McFadden through television ads and news accounts.

Although Johnson ran statewide in 2006 for attorney general, he only attracted 40.7 percent of the general election vote. That was eight years ago, and the attorney general’s contest was greatly overshadowed by the governor’s race. Dayton has won three statewide elections — governor, U.S. Senate, state auditor — so Johnson is a relative unknown by comparison.

Election lacks well-known third party candidates: When it comes to drama, the 2014 governor’s race is a snoozer compared with the 1998 contest when Jesse Ventura, a brash independent, shocked the world and defeated veteran politicians Skip Humphrey, a Democrat, and Norm Coleman, a Republican.

Well-known independents also created interest in the governor’s races in 2002 when Tim Penny attracted 16 percent of the vote and in 2010 when Tom Horner received 12 percent of ballots cast. This year, the governor’s contest is less exciting because it’s largely a two-party conversation between Dayton and Johnson.

Campaign messages short on bold visions:  Minnesotans of all political stripes are complaining that there isn’t much to excite them about the 2014 campaigns. Several people aren’t hearing candidates articulate clear visions. They also are frustrated that politicians aren’t specifying how they will deal with the brutality of ISIS, the education achievement gap in Minnesota and an economy characterized by wage stagnation.

While a majority of Minnesotans routinely vote for Democratic presidential candidates, the state’s voters don’t automatically fall in line for DFLers when they are casting ballots for governor or U.S. Senate.

Democrats were locked out of the governor’s mansion for 20 years, when Ventura and Republicans Arne Carlson and Tim Pawlenty held office. Since 1978, Minnesotans have elected four Republicans — Rudy Boschwitz, Dave Durenberger, Coleman and Rod Grams — and four Democrats — Dayton, Franken, Amy Klobuchar and Paul Wellstone — to serve in the U.S. Senate.

Liz Fedor is an editor for Twin Cities Business and formerly covered politics for the Grand Forks Herald and business for the Star Tribune.