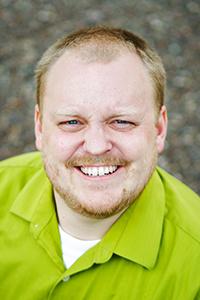 There seems to be no end to the articles about teaching and public schools. While I try to keep an open mind and a thick skin about commentaries critical of my profession, I was struck by a recent claim by a colleague in MinnPost.

Holly Kragthorpe wrote this about the day she received the due process protections commonly called tenure: “Then, voilà: Three years passed, I received tenure and the pink slips stopped.”

I know each school district is different, and for that matter each building in a district can be very different, but my experience with my tenure was not a “voilà” moment. I doubt it was for most teachers.

She wrote she experienced layoffs, frustration and finally received a continuing contract as sort of a prize because she kept coming back.

That was far from my experience.

I spent my three years before receiving tenure working hard to improve my curriculum because I wanted my district to give me the top rank of “fully engaged.” I went through 96 hours of in-class study. My teaching was observed by administrators 16 times. Each observation came with support and feedback that made me a better teacher and my classroom a better place to learn.

Like Kragthorpe, I received pink slips. My first came in my first year. I blamed deep cuts in school funding, not the district’s policies on layoffs or tenure. When I questioned my future in education, it was because I doubted Minnesota would ever invest in its schools again and I worried about the direction schools were going with the increased emphasis on testing.

After three years of working hard on my classroom instruction, I was handed another pink slip that March. I was disappointed and worried about how I would pay my bills, including a hefty student loan payment, but then I experienced one of the most inspiring moments of my career.

An administrator told me, “Ryan, I’m really proud of your classroom. When you started, I was worried you would not make it. I didn’t think you would be patient enough. Over three years I’ve seen you become a good teacher. I’m sad to see you leave our building.”

It gave me confidence. It also reassured me that my administrators actually got to know me during all those observations and conversations about my craft. They considered me an educator that they wanted their students to have.

Later in that school year, I received a recall notice and was transferred to an opening in another school. This meant receiving my due process rights, or tenure.

This was not a “poof” moment. It should not be treated like a magic trick or a participation medal. I was able to gain employment in a district I believed in and where I worked so hard to prove myself. I wanted to provide my students with the best chance to be successful inside and outside my classroom, and the district had given me another chance to do so.

That was more than a few years ago, but I still have the same concerns about Minnesota schools. Budget cuts could still mean my job. I’m still trying to find better ways to prepare my students for what comes next. I worry about their test scores. I worry about how, due to the focus on those test scores, my students’ curriculum has been stripped of many of the memory-making opportunities that were special to me as a student.

I also still look forward to the three to four observations of my teaching each year. The feedback is sometimes positive and sometimes critical, but it all helps me grow as an educator. That support is critical to teachers at all points in their careers.

Tenure is the least of my concerns, because it exists.

I’m able to enter my administrator’s office and have a tough conversation about what my students need. I’m not brushed aside. I like to think I’m worth the trouble because I’ve invested the time and effort into our students and our building. But if it’s just because I’m hard to replace, so be it. My students benefit either way.

Ryan Fiereck has been a computer technology teacher in the St. Francis School District for nine years. He is a father of two young students.

Reaching tenure as a teacher: More than a voilà moment