We are all familiar with how the introduction of superhighways to cities divided and damaged urban neighborhoods.  The impact of I-94 and 35W on Rondo and Phillips remains a source of aching melancholy over a half century after the fact. Much like the oral histories of tribal elders describing the days before the white settler came with his railroad, our historical societies feature oral histories from neighborhood elders about the days before the suburbanite came with his superhighway. Contemporary urban planners nod, knowingly. 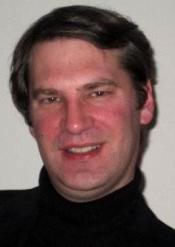 But wait a minute, don’t light rail lines divide urban neighborhoods much as superhighways do?

Is the modern urban planner, gasp, Robert Moses with rails?

The first decade of returns from our Blue Line to the airport is not promising. This line deepened the Hiawatha moat and exacerbated the isolation of the neighborhoods east of it. Motorists and pedestrians alike have become painfully familiar with the “Hiawatha Double Whammy,” which is not a special at DQ but rather the experience of waiting at length for the light governing traffic to turn green only to be zapped immediately by the light governing the rail line. Crossing Hiawatha is now a greater chore, so people stay on their own sides. Those neighborhood elders back in Rondo and Phillips are the ones nodding knowingly.

Some, but not a lot, of development

A trip up Hiawatha does not reveal a great deal of commercial or residential development resulting from the Blue Line. There was a short-lived light rail bar-hopping fad that bolstered a few grog shops near stops in the early days of the line, but that has faded, and we all know from our experience with subsidized stadiums the limits of policies grounded in bars as dynamic economic engines.

The years since the introduction of the Blue Line have witnessed an interesting influx of hippies into some of the neighborhoods east of Hiawatha. Ironically, these people have been attracted by the very traits the line was intended to reverse: isolation and lack of commercial development. Wandering southeast of Hiawatha, you might find a shop where you can buy organic feed for urban goats, but no sufficient grocery stores for people.

Don’t get me wrong.  I like hippies (and I do appreciate that which both accentuates the taste of pizza and makes Dylan lyrics more decipherable). They add to the urban mosaic.  They are, however, the outlier pioneers we depend on to stabilize obscure redoubts that are not benefiting from the supposed powerful economic charge leveled by a billion-dollar light rail line. Light rail was not intended to promote a farm.

Along the new Green Line on University Avenue, there will be, no doubt, some additional condo and other developments, but those gains often will be offset by losses due to the dividing effect of the line. For example, when construction began, I asked the owners of the landmark Porky’s burger joint why they were closing at the onset of a would be revitalization. They said that a significant portion of their business came from traffic on the other side of the street, and with the Green Line making it much more difficult to cross University, their business was and would continue to suffer. Revisiting the issue upon the completion of the line, they mused that Porky’s (and its onion rings) would still be with us were it not for the light rail.

What will Southwest Light Rail bring?

And so what awaits us with the line from downtown Minneapolis to Eden Prairie, rolling renaissance or divide and sequester? I fear the latter. There will be efforts to alleviate the dividing effect – the subject of feathers-a-flyin’ in so many overlapping governmental bodies along the line this season — but numerous pinch points and slow crossings will persist.  Commerce on either side of the tracks will suffer. In South Minneapolis, the flame was doused for many customary light rail torch bearers once they discovered that theirs was the neighborhood to be divided. Even Mayor Hodges piped up with reservations: enter that one along side Death by Chocolate in the “This Is Rich” file.

The light rail disciples, so imbued with apostolic certainty, might want to look back on the once accepted creeds of their forebears. After all, it was not right-wing ogres but progressive enlightened urban planners who so assuredly razed the central St. Paul retail blocks and the Minneapolis Gateway District. They promoted high-rise public housing that would ennoble its occupants and business districts with skyscrapers separated by vacant windswept plazas to “bring light and air” to the city — retail and pedestrian life be damned. All of this has been consigned to the ash heap of urban planning.

So why are the heirs to the urban planners of yore so confident that current insular conventions within the transit hothouses will age more gracefully than the ephemeral tenets of their intellectual predecessors? I may not know better than the transit zealots myself, but I am not the one prepared to squander billions on what I don’t  know.

Jonathan F. Mack is a Minneapolis attorney who writes frequently on urban and regional planning issues.