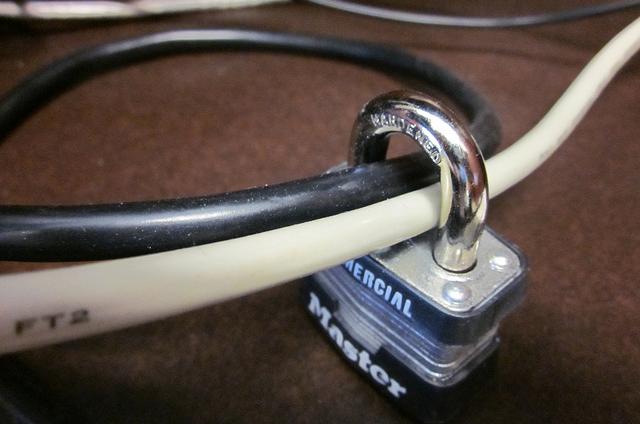 CC/Flickr/Vicky van Santen
We can do a lot when it comes to safeguarding our most intimate moments and images: we can actually keep them intimate.

On a planet seemingly gone truly mad, with a festering mass of troubles including Ebola, ISIS, Iraq, Afghanistan and climate change making people feel simultaneously angry, fearful and helpless, it might seem beyond foolish to worry about whether very personal celebrity photographs have been stolen and displayed for many to see.

But the truth is that the theft of such images, digitally stored “in the cloud” by celebrities including Oscar-winning actress Jennifer Lawrence, is worthy of our attention. For this specific celebrity happening, unlike those involving Kardashian marriages or Lindsay Lohan’s court appearances, actually matters very much to ordinary souls, souls who also take and store very personal digital images.

In the wake of the theft of these images, Lawrence in particular has been quite vocal in denouncing those who tried to disarm her of any right or wish to privacy, saying the individuals who viewed and disseminated the images she thought were private had committed “sex crimes.” Calls for greater legal penalties against cyberspace hate crimes and sexual harassment have rightly come from many quarters. Many also have said it is an outrage that a private sector storage cloud could be so fluffy and compromised without apparently too much difficulty.

A lot of us are very uncomfortable

And a few have talked about things that make a lot of us, denizens of, as the late astronomer Carl Sagan put it, “a society in which most crucial elements profoundly depend on science and technology,” profoundly uncomfortable. Some of these things involve the idea that the Internet is still too relatively new, too undisciplined, too accessibly designed and thus too prone to malicious attack to be completely trusted to deliver something as cherished as total privacy. And that these celebrity photo thefts, along with recent hacks of credit-card systems at Target and Home Depot, not to mention the National Security Agency email snooping scandal, should scare all of us back into an all-cash and barter economy where texting, sexting, tweeting and Instagram-ing are relics of a dangerous past.

While many learned people have agreed with some of the warnings posed by those who would have us quickly exit cyberspace and a digitized existence, not many truly expect or want that to happen, absent cataclysmic events that turn Earth into something pictured (terribly) in the film “Waterworld.”

I would not consider myself a neo-Luddite, but I do agree with some of the calls for restraint in our use of these globe-shrinking technologies which have made so many wonders possible, along with a few horrors too. I’m specifically talking about restraint regarding those intensely personal private images and stories.

As one who came to the image and story-filled Facebook (which the infamous Edward Snowden now says people should avoid because of, you got it, privacy issues) late, and only because friends told me I had to be on it to market myself and my book, I am constantly astounded at some of the stuff people who seem otherwise privacy observant post on Facebook. I’m not talking about those allegedly cute animal videos or photos of their children posted at “Public” privacy levels, though the latter are especially worrisome. I’m talking about the sorts of images those celebrities thought were safely snuggled in the digital cloud. Last year, I remember one Facebook acquaintance posted some photos, at the “Friends Only” privacy level, of exotic escapades that would be of great interest to sex clubs looking for new performers. That acquaintance was then shocked, totally shocked, that workplace superiors saw the photos and thought the escapades were too exotic for the person to remain under their employ.

A long time ago, I was involved with a guy who emailed me many images of himself in assorted stages of dress, undress, and others many of you are too young to read about here. I often wondered if he ever worried about those photos being snatched in an email hack. When the relationship ended (and badly), I once or twice caught myself thinking for three nanoseconds or so what the release of those photos would do to him, besides endanger his employment and his reputation. I also knew that if I were to do the releasing that I’d damage myself too. I then wondered if his subsequent girlfriends would employ the same restraint. I still wonder.

On a planet going mad, there is not a great deal individuals can do about roiling international issues. But whether we are celebrities or ordinary beings, we can do a lot when it comes to safeguarding our most intimate moments and images. We can actually keep them intimate. We can, even though resisting the urge to make every single facet of our lives public isn’t a very fashionable concept at the moment.

Or, to put it another way, we all know what can happen when we spend too much time with our heads in the clouds.

The same applies to our most personal stories and images.