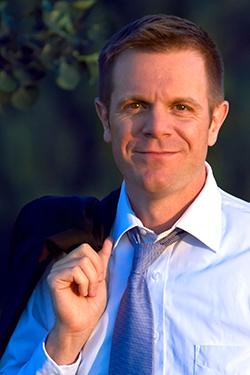 When Tony Sertich was 30, he was elected the youngest Minnesota House majority leader in state history. On Nov. 4, as the commissioner of the Iron Range Resources and Rehabilitation Board, Sertich watched his boss, Gov. Mark Dayton, re-elected to a second term.

Since he is one of the bright young stars in the DFL Party, it would be easy to speculate about Sertich’s next political job. But Sertich is walking away from partisan politics to become president of the Northland Foundation on Jan. 1.

It’s a nonprofit path that’s been pursued by two former gubernatorial candidates — former Minneapolis Mayor R.T. Rybak and former U.S. Rep. Tim Penny. Rybak serves as executive director of Generation Next, a public-private partnership that focuses on narrowing the achievement gap in the Twin Cities. Penny is president and CEO of the Southern Minnesota Initiative Foundation, which targets resources to address social and economic issues in a 20-county region.

The nonprofit sector offers many opportunities to advance the public good without having to cope with the downsides of partisan leadership positions. So Sertich’s decision to temporarily or permanently step away from a partisan job makes sense.

Rybak, who has been a strong supporter of President Barack Obama, chose to stay in Minneapolis rather than move to Washington for a political appointment. And Penny, who served in Congress with members who are getting rich as lobbyists, decided to make a difference in society at a regional foundation based in Owatonna.

Why choose a nonprofit leadership role over politics?

Strategically focus on key issues: In the nonprofit sector, leaders have the ability to target their energy and resources to make an impact in a few key areas. In Rybak’s case, he’s focusing on five major goals that include helping children get ready for kindergarten and assisting young adults in gaining credentials that lead to good jobs.

Pursue long-term approaches: In the Minnesota Legislature and U.S. Congress, there are never-ending debates about the tax laws, business regulations and higher-education policies that will produce more and better jobs. At the Northland Foundation, which was created by the McKnight Foundation in 1986, outgoing President Tom Renier has led an organization that provided $57 million in loans to small- and medium-sized businesses. By sticking with that lending resource over the long haul, the foundation offered key financing and also leveraged other investments for companies and employees.

Earn a good living, lead a balanced life: People who hold top positions at Minnesota foundations and large nonprofits are able to earn a good living. If they perform well, they don’t need to worry about being ousted in the next election two or four years away. They are able to lead more balanced lives than many politicians, because they don’t have to constantly react to the latest political volley. Nonprofit leaders also don’t inhabit the 24/7 media cycle that engulfs today’s politicians.

Promote collaboration, reform of systems: Penny, Rybak and Sertich are well-known in Minnesota regions where they served as elected officials. They have the capacity to draw people together from the public, nonprofit and private sectors to address some of the state’s most vexing problems. Penny, long an advocate of government reform, understands which state and federal programs work well and which ones need to be fixed. In his region, Penny’s staff and board are deploying foundation dollars to work-force development, business loans and early-childhood needs. But Penny also contributes his intellectual capital by explaining how public systems can be reformed to maximize their impact.

In Dayton’s second term, Tony Sertich won’t be a part of the governor’s Cabinet. But he’ll join a nonprofit cabinet of Minnesota leaders that includes two other former elected officials — Rybak and Penny. They recognize you don’t have to be in a partisan spotlight to serve the public.

Why some politicians extend public service to the nonprofit arena