On the night St. Louis County Prosecutor Bob McCullough announced that Darren Wilson would not face trial, I placed myself in a social media quarantine. The avalanche of status updates, news, grief, criticism from all sides — it was too overwhelming, too frustrating. 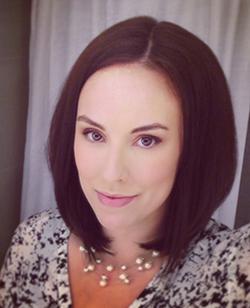 But by the next day it was still there, impossible to ignore. There were, of course, the two polarized sides — those who grieved the grand jury’s decision and supported the protests, and those who supported the decision (and by proxy, the actions of Darren Wilson). But there was another, more insidious middle ground: large swaths of (largely white) people weighing in on the growing conflict almost solely by calling for the black community to get their house in order.

People who had never felt compelled to speak out or post about broader issues of police brutality, wildly inconsistent sentencing guidelines, mandatory minimums, or other legitimate objects of concern were suddenly moved to write lengthy social media commentary attacking the black community for (at worst) engaging in violent behavior and looting — despite that fact that these behaviors represented a tiny minority of protesters — or, (at best) for what they perceived as failing to appropriately condemn said violence and misbehavior.

This knee-jerk inclination to temper any ostensible empathy or acknowledgement of racial inequality with criticism of the black community is not only unhelpful. It is emblematic of what scholar Eduardo Bonilla-Silva, at the end of the 20th century, presciently called “the new racism,” and it underlines the fraught racial environment we inhabit in the 21st century.

It’s easy, especially for those who grew up in the 20th century, to see race in the binary terms of the civil-rights movement. To see racism as the domain of Individual Bad Racists. Today that tendency to see racism as the sole problem of bad seeds or individual capital-R Racists undercuts our ability to see the larger racial problems plaguing this country. The racism of the 21st century is covert. It is institutional. Often, it’s subliminal, and not always intentionally malicious. But it’s still here, more present than ever.

Black Americans are far more likely than whites to be arrested and jailed. They are more likely than whites to be pulled over and to be searched for drugs, despite being statistically less likely, in the aggregate, to use drugs. Black Americans comprise 14 percent of regular drug users — but represent 37 percent of those arrested for drug offenses. Once convicted, according to the U.S. Sentencing Commission, black federal defendants receive sentences that are 10 percent longer than white defendants — and they are 20 percent more likely to be sentenced to prison. Students of color are disproportionately (3½ times more) likely to be suspended and expelled, beginning as early as preschool. And perhaps most horrifyingly, according to a study by ProPublica, black men are an astonishing 21 times more likely to be shot dead by police than their white counterparts.

This is the reality of the racial chasm of the 21st century. This is the reality that prompts black parents to have “the talk” with their sons — impressing upon them that to survive, to avoid suspicion and mistreatment, to escape the ugly presumption of guilt that blackness inexorably attaches, they must be better-dressed, more deferential to authority, more articulate, than their white counterparts. These are the broader inequalities and realities that prompt racial disparities in the way people see the Michael Brown case — the exhaustion and mistrust of the black community with the police and a justice system that feels designed to fail them, vs. the mystification of the white community, who are far more likely to see the Michael Brown case as an isolated incident, rather than a symptom of a broader problem.

The protests are about much more than the death of one teenager. Becoming fixated on the minutiae of the case, or on fringe violent elements, completely ignores the elephant of 21st-century inequality looming over the debacle.

So try this: Instead of falling prey to the inclination to temper any acknowledgment of racism and inequality with “concern” about the black community/black families /”black-on-black violence” (a destructive, inaccurate, racist term), set aside these unhelpful caveats long enough to be able to simply say: “Yes. I hear your fears and your exhaustion. They are legitimate. I empathize with your concern for your children. I hear your frustration with our justice/police system. Let’s work together to change our shared future for the better. Period.”

Ruth DeFoster is an adjunct professor of communication studies at St. Catherine University, where she teaches classes on race, gender, and culture. She has spent the last several years studying media coverage of crime, terrorism, race and identity during her doctoral studies at the University of Minnesota.