Ugh, thank goodness THAT election season has come and gone. 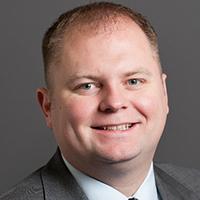 None of us will miss those divisive and hurtful negative political ads. But instead of running positive campaigns focused on ideas and visions for the future, modern political campaigns use the strategy of tearing down their opponent and dividing the community for one simple reason: It works. If you barrage voters with enough negative information about your opponent, they’re going to vote against him or her, right?

It seems to me that the tide is turning, though, now faster than ever. Voters across our state and nation are tired of the status quo and politics as usual. We’re looking for some good news, and campaigns that are prepared for real conversation about how they plan to address the real issues we face.

The good news for those of us in St. Paul – where we’re about to experience the launch of campaigns for City Council in 2015 – is that the system of voting we will use requires candidates to build coalitions rather than divisions. St. Paul uses a system called ranked-choice voting (RCV) in our municipal elections, which allows voters to rank their choices on the ballot – first, second, third, and so on – rather than just selecting one candidate.

RCV is a simple election reform, but its simplicity belies its impact. I’ve seen firsthand how it has transformed elections both here and across the river in Minneapolis, and I’m confident it can do the same for other communities across our state.

You see, ranked-choice voting forces campaigns to be more Minnesota nice, and to focus on where they stand on issues and what they will do to move the community forward. What a concept: candidates running on what they stand for – not why voters should hate their opponent. By eliminating low-turnout, unrepresentative municipal primaries, RCV also ensure that voters have the most time possible to hear from everyone working to win their support. This welcomes new voices and ideas into the conversation, while simultaneously eliminating any fears that voters may have about their vote being wasted if they aren’t voting for a “major-party” candidate.

Ultimately, RCV puts more choice and power into the hands of voters to decide who represents them, and ensures that whoever emerges victorious will have the broadest support possible from their community.

No doubt you heard many complaints about the negative campaign ads in 2014 – and probably even changed channels or shut off the TV in disgust once or twice yourself. Folks across our state are doing the same, and wondering what can be done to rid our elections of such rancor and disillusioning information.

For many reasons, ranked-choice voting is the answer we’ve been looking for – and it’s why voters in communities like Duluth, Rochester and Crystal are taking a close look at how RCV could benefit their communities.

So, where do we go from here? An important next step is urging the Minnesota Legislature to pass a “local options” bill, which would simply enable all local jurisdictions — cities, school districts and counties — to decide for themselves whether to implement RCV without having to seek special legislative approval. Please join me in urging our state legislators to move swiftly and support this common-sense, bipartisan bill in the coming legislative session.

Minnesotans take voting and civic engagement very seriously – and it’s time our election system reflects our shared statewide commitment to good government that works for ALL of us, not just an elite few.

Richard Carlbom is the founder of United Strategies.