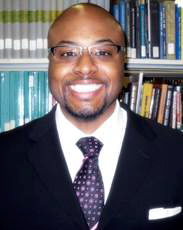 One of the greatest challenges for Minnesota involves addressing the deep inequalities that exist in health care. Specifically, the fact that Minnesota continues to be in the Top 10 of the healthiest states in the nation — except for people of color.

In my area of research, I study the tragic disparity in people from underrepresented groups who die from colon cancer. When properly screened, colon cancer is nearly 90 percent preventable. So what’s the problem?

Colon cancer remains the second leading cause of cancer-related death for men and women in the U.S., with African-Americans bearing the greatest burden. African-American men specifically have the highest death rates and chances of getting it among all racial and ethnic groups for both genders.

In general, consider the facts that among African-Americans:

Change to age 45 would save lives

Today, the standard recommendation for all men and women at average risk is to have a routine colonoscopy at age 50. There is a movement to lower the screening age to 45 for African-Americans.

Oregon adopted this recommendation, and Minnesota should follow suit. Lowering the recommended screening age would save lives and decrease health care costs tremendously. In fact, treating colon cancer in the early stages cost more than $3,000 less than treatment of advanced cases.

Earlier this year, I remember one African-American man here in the Twin Cities telling me how early screening saved his life. His doctor understood he was at greater risk for colon cancer than his white patients, so he recommended the man get a colonoscopy at age 40. The procedure found three cancerous polyps. If he had waited until age 50, the recommended age for screening, he could have died well before.

There are a number of reasons for the colon cancer-related health disparities across our state and nation. Most troubling is the deep distrust of the medical community, especially among African-American and Native American communities. Other issues include the lack of health insurance, discrimination, poor patient-provider communication, lower socioeconomic status, and a lack of timely diagnosis and treatment.

Fortunately, more African-Americans are engaging within their community to spur conversation about this preventable disease, by addressing fear and embarrassment to raise awareness.

The Oscar-nominated actor Terrence Howard, whose mother lost her battle to colon cancer at age 56, is using his fame to encourage people to get screened for colon cancer.

Former “I Love New York” reality-TV celebrity Ahmad “Real” Givens has shared his battle with colon cancer very publicly. Last year, at age 33, Givens was misdiagnosed three times before doctors correctly identified his illness as stage four colon cancer. Although Givens’ fight continues, I hope his decision to share his story with courage and honesty will inspire other African-Americans to get screened earlier.

It is not just celebrities who are driving awareness. At the Minnesota State Fair this summer, African-American men were not shy about stopping by the University of Minnesota’s Driven to Discover building to take my survey exploring their intent to screen for colon cancer.

One young man taking the survey told me how he went to the doctor with bad stomach pains. After screening, he was diagnosed with stage four colon cancer and completely shocked since he did not have a family history of it. He encouraged me to keep doing this work. He was in his early 20s.

Lowering the screening age for African-Americans will literally save thousands of lives. It is a simple act, one well supported by the research. I think it is worth it. I hope our leaders agree (soon).

Charles R. Rogers, Ph.D., CHES, is a post-doctoral associate in the Program in Health Disparities Research at the University of Minnesota Medical School. His recent work includes a study on the attitudes of young adult African-American men toward colon cancer screening published in the journal Frontiers in Public Health.