Half a century ago, in 1960, President Dwight Eisenhower set aside a patch of land (slightly larger than West Virginia) in northeast Alaska. Home to polar bears and the native Gwich’in people, as well as the breeding ground for millions of waterfowl and caribou, this place would be known first as the Arctic National Wildlife Range and later the Arctic National Wildlife Refuge. We celebrated the Arctic Refuge’s anniversary on Dec. 6, and are presented with a wonderful opportunity to reflect on the value of this special place. 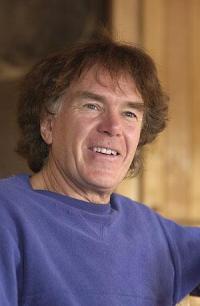 I have traveled to the Arctic for more than 45 years, and have explored the Arctic National Wildlife Refuge by foot, dogsled, raft and kayak. Across seven different expeditions, I’ve seen dramatic signs of climate change in the Arctic Regions. These areas are remote and go unseen by most people, however, so it’s easy to ignore the strong climate warnings.

The changes I have seen have deeply affected me in a way that a scientific study or a satellite image cannot. The summer polar sea ice has lost nearly half of both its thickness and area during the last two decades, and could virtually disappear by 2030. This would negatively impact the fragile Arctic food web, and the Iñupiat hunting culture which depends on Arctic ice. The sea ice that dots the border of the Refuge is now as far as 200-300 miles from the coastline, a result of climate-induced decline.

We need to save this iconic place from the double threat of climate change and oil development. We must act now to cut emissions by cutting our dependency on fossil fuels, investing in clean energy resources and protecting what the previous environmental leaders saw when they established the refuge – a natural wonder and national treasure.

With the recent Senate changeover on Capitol Hill, a new crop of pro-development officials will argue that we can drill our way to energy independence. They will point to the heart of one of the most special wild places left in the country, the Arctic National Wildlife Refuge’s Coastal Plain, seeking to drill. I urge Rep. Erik Paulsen to follow the lead of his predecessor, Rep. Jim Ramstad, and cosponsor in the House the bill that would permanently protect the Arctic National Wildlife Refuge as wilderness.

We can and must explore new diverse energy sources – but we also must agree that there are some areas that should be taken off the table for drilling, and this includes the Arctic National Wildlife Refuge, America’s Serengeti.

Will Steger received his B.S. in geology and M.A. in education at the University of St. Thomas. In 2006, Steger was given the Lindberg Award  for his “numerous polar expeditions, deep understanding of the environment and efforts to raise awareness of current environmental threats, especially climate change.” That same year he established an educational nonprofit, the Will Steger Foundation, dedicated to climate change education and solutions.