Over the past week, since the failure to indict in Ferguson and the subsequent riots, I’ve had numerous conversations about the situation, read about the destruction that the riots caused in the already suffering communities, and saw social media explode with confusion about the violence — including this post from a law-school classmate: “I’ll never understand rioting. ‘I’m angry at a government entity for some injustice. I’ll now destroy buildings and steal possessions that have nothing to do with that government entity or its injustice.’ ”

I agree, but let’s name the unjust, unfair, hurtful, wrong incidents that we tend to wash over with the term “injustice.”

A teenage boy with dark skin is confronted by white police. The youth is unarmed. The officers pull out their guns and point them at his head. Something happens, no one knows exactly what, maybe an officer feared for his life, and guns are fired, sending publicly funded bullets into the young body. This same body, which just moments before had been filled with life, folds and bleeds onto the sidewalks and streets over which the families sharing that blood will grieve. Shortly thereafter, despite the ambiguities surrounding the killing (why were six shots needed to reduce the perceived threat rather than one, why was non-deadly force not used) the state finds that no trial is necessary to determine what happened to end this life, no trial is needed to determine if the killing was justified. Now multiply the times a version of this incident plays out throughout the country — sometimes the killer isn’t even an officer, just a not-black guy claiming self defense.

What would this do to a community’s sense of self worth? How would they feel having to watch as people who look like them are repeatedly killed by the state to which they belong, and that same state then determines that it is not worth its time to determine the circumstances of the killings — or perhaps worse yet, that fear of a black man is cause enough?

Now compound this repeated scene with a cycle of poverty, institutionalized racism (incarceration rates at nearly six times that of the white population), and the disenfranchisement of black voters through photo-ID laws, felony voter laws, and gerrymandering. These are the “injustices.”

The people of Ferguson are possessed with a righteous fury. Yes, it would be preferable if their outrage could be expressed through other means besides destruction, and many in Ferguson are attempting to use these means. But, as briefly discussed above, the practical formats are limited; their votes are limited, their pocketbooks are limited, and their actual physical liberty is limited. What else are they to do to voice their outcry? How else will they be heard? The reality is that so long as they “destroy buildings and steal possessions” we hear them. 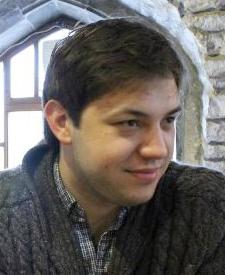 Civil disobedience comes in many forms, and maybe, sometimes, the right to walk down the street without being shot by your government is worth breaking a few windows over. (I will of course note here that I agree with those out there who believe that the rioters should stand trial and face the rebuke of their community; indeed it is something they are due. But I would also point out that Michael Brown was never given a hearing.)

Without belaboring my point, I will end with a much more succinct quote from the Rev. Martin Luther King Jr., as I again state that I agree that the riots should not be taking place:

[b]ut it is not enough for me to stand before you tonight and condemn riots. It would be morally irresponsible for me to do that without, at the same time, condemning the contingent, intolerable conditions that exist in our society. These conditions are the things that cause individuals to feel that they have no other alternative than to engage in violent rebellions to get attention. And I must say tonight that a riot is the language of the unheard. And what is it America has failed to hear? It has failed to hear that the plight of the negro poor has worsened over the last twelve or fifteen years. It has failed to hear that the promises of freedom and justice have not been met. And it has failed to hear that large segments of white society are more concerned about tranquility and the status quo than about justice and humanity.

Why riots? A lawyer’s thoughts on Ferguson