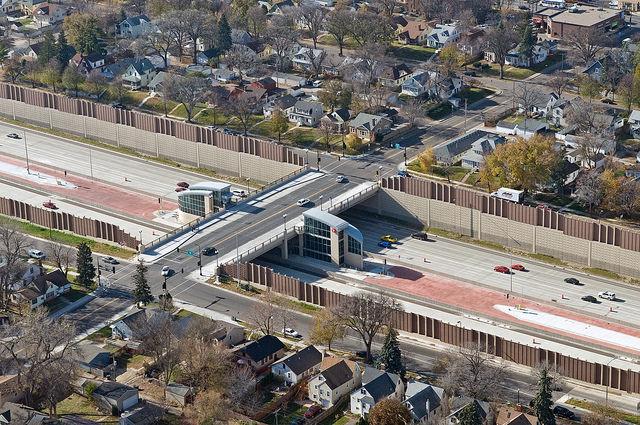 Perhaps, as she said in her resignation, she wants to focus more fully on her position as CEO of Twin Cities Habitat for Humanity. Perhaps she felt like she hit bottom after appearing on a local public-policy-themed improv comedy show.

Or maybe it just gets tiring to be everybody’s bogey-woman. Depending on where you sit, the Met Council is either perpetually doing too little to move the region into a dense, transit-rich, equitable, 21st-century utopia, or it’s cutting the break lines on the steamroller called Minneapolis as it flattens liberty in those shining suburbs on a hill.

Whatever the reason, it leaves open the post for a passionate, visionary, dedicated, masochistic public servant. There’s been a long debate about whether this position ought to be appointed by the governor, as it currently is, or elected. As this appointment is one of the most powerful functions of Minnesota’s executive branch, it seems unlikely Mark Dayton would suddenly turn it over to voters.

Besides, what would be the fun in that? Instead, I propose the following series of trials that candidates who want to chair the Metropolitan Council must complete. It’ll be sort of like the Labors of Hercules.

1. Create a thriving region of 3.8 million citizens in SimCity 4. Before you can lay a single water pipe or rail connection between pixilated towns, you must receive consent from representatives of every house in your neighborhood. These representatives may be elected by their households based on their nuanced understanding of the delicate interplay between commercial, industrial and residential interests, or because of their position on backyard chicken coops. This will be the best possible preparation for your upcoming job.

2. Get dropped off at the proposed Shady Oak Southwest LRT stop. Using nothing but your wits, the stars and your trusty bowie knife, attempt to find you way back to civilization.

3. Create an equitable wedding seating chart. Back story: The various friend groups coming together for this celebration have a history. They’ve all said for years that they ought to see more of each other, yet they keep moving farther and farther apart. One group actually hasn’t been invited to many social gatherings at all. And it probably didn’t help that the last time they were at a wedding, a wide swath of tables and chairs were removed mid-reception to clear a speedier path between the kitchen and cash bar. Your task is to overcome years of unfair treatment and heartache with an equitable seating plan. There is, however, no guarantee that anyone will actually sit in the seats you assign.

4. Take the 21E bus east on Lake Street. When it inexplicably stops between a Wendy’s and an abandoned Rainbow Foods, accept your fate. You’re not going any farther. This is your home now.

5. Take a road trip with the guys from streets.mn. Pile in the back of a Chevy Suburban with six of their urbanist contributors for a joyride through Anoka County. Get excited for lots of talk of “stroads” and “human scale” as you make frequent stops to photograph sidewalks that lead nowhere and empty strip-mall parking lots.

6. Find the pirate’s treasure Jesse Venture hid in an expanded sewer system laid during his administration. There’s a clue to its whereabouts in the former governor’s portrait at the Capitol. Look at the cigar!

7. Plan a fun-packed Sunday afternoon with Katherine Kersten for 2040. Some of Kersten’s writing suggests that she is less than enthusiastic about long-range planning. And you should check whether taking paddleboats out on Lake Calhoun constitutes “hostility to travel by car” before including it in your adventure.

8. Did you get all your neighbors’ consent for the SimCity challenge in Trial No. 1? Bad news: The house on the corner just elected a new representative. Start from the beginning!

9. Visit the Hennepin Overland Model Train museum. While there, explain to the inch-tall passengers in the display how their coach train will be delayed for several hours as a 100-car oil tanker is taking up all the tracks bringing crude back from miniature North Dakota.

10. Win a foot race against the No. 6 bus through Uptown. This will be the easiest of your challenges. Consider it a freebie.

11. The federal government just offered you a grant of $2 billion! You have 90 seconds to come up with a plan to use all of these funds. The plan must include work-force development, benefit historically underserved communities, and include a night circus somehow (it was an earmark).

Any candidate who can complete these 11 trials should make for an excellent chair of the Metropolitan Council. Unless the position is entirely redefined by the governor and Legislature in this session. In which case, I still hope we get a night circus.

Tane Danger is the co-founder and host of The Theater of Public Policy, which uses improv comedy theater to unpack and re-imagine big issues and serious questions. You can follow him on Twitter at @TaneDanger.