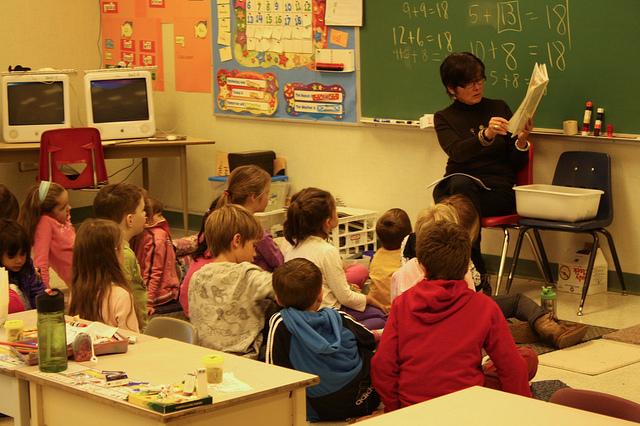 CC/Flickr/Bob Cotter
Unions and administrators should be ensuring all effort is made to keep the best and brightest to educate our future leaders.

In what we hope will be a break in the logjam, DFL Sen. Terri Bonoff last week introduced a measure aimed at ending job seniority as top consideration during layoffs among teachers, or “last-in, first out” — known as LIFO.

Such a change has been opposed by the teachers union Education Minnesota, which has found great support from their allies among DFLers.

This is not the first attempt at changing this practice. Republicans have pushed the elimination of LIFO, saying it hurts retention of young, recently trained teachers and curbs potential achievement of students. The teachers union has argued it ensures that experienced teachers stay in the system and that without LIFO the decisions by administrators could be arbitrary.

In 2012, Gov. Mark Dayton vetoed a GOP bill repealing LIFO, saying, “While the bill would replace the most prevalent system for determining teacher layoffs, it would replace it with only vaguely formulated ideas.”

However, the situation in Minnesota has been altered with the introduction of an evaluation system statewide, collecting data on the effectiveness of teachers giving administrators the tools for a fairer system of evaluation.

And Bonoff’s bill comes after a court ruling last year in California that found seniority systems hurt students. The plaintiffs there argued that with tenure as chief consideration, schools were losing younger teachers in favor of weaker teachers. They also successfully argued that it was low-income and minority students who were often stuck with weaker teachers, a distinct disadvantage against more affluent school districts.

The Minnesota teachers union, predictably, has resisted changing LIFO policies and, as reported by the Star Tribune, instead is urging lawmakers bent on improving education to designate more money beyond the $75 million already committed to fund the evaluation process.

Union President Denise Specht said in a statement: “With so many issues facing our schools, it’s disappointing that some lawmakers want to spend their time micromanaging personnel policies in Minnesota schools.”

Bonoff defended her move, reportedly saying, “It is my belief that really in every profession merit ought to be what gets someone hired, promoted or kept.”

And that’s something all sides should get behind. Unions and administrators should be ensuring all effort is made to keep the best and brightest to educate our future leaders. With an evaluation process that is fairly designed, the union should be behind preserving and enhancing the credibility and integrity of the teaching profession, one of the most important jobs today.