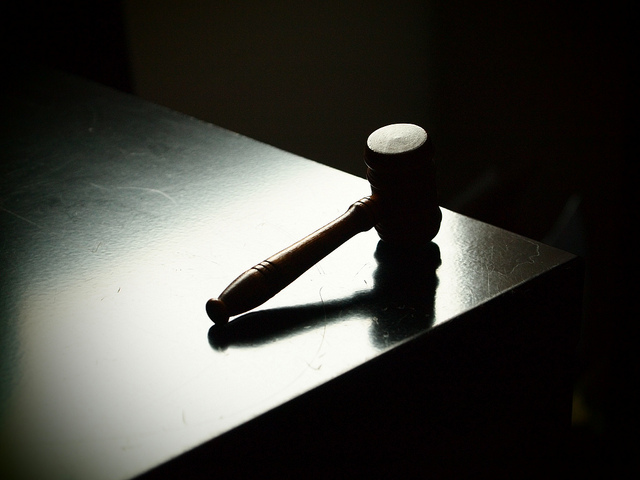 CC/Flickr/orangesparrow
Something needs to be done to fix the current judicial selection process.

Minnesota’s judicial selection process is broken. The reasons it is broken are multiple, and the solutions to fix it — along with the will to do anything in the Legislature — are poor and minimal.

The first problem with the judicial selection system is that it is fails to operate the way the framer’s of the Minnesota Constitution intended. They wrote a constitution in which Article VI called for an elected judiciary, but the governor may appoint to fill vacancies if they occur. Their intent was for judges to be elected. But studies have shown that approximately 90 percent of all individuals who become a judge in Minnesota do so initially by gubernatorial appointment, thereby circumventing the election process.

Second, when elections do occur, rarely are they contested. And when they are, because judicial candidates do not really campaign or take positions on issues, most voters have little information on whom they are voting for. Studies indicate that more than a quarter of Minnesotans opt not to vote for judges, or simply vote based on familiar-sounding names that are Nordic. In the 2014 State Supreme Court race between incumbent David Lillihaug and his challenger, Michelle MacDonald, their vote total was 27 percent less than the total votes cast in the general election. Given the dismal overall turnout in 2014, only 37 percent of the eligible voters cast ballots for the winner, Lillihaug.

Third, as a result of a U.S. Supreme Court and Court of Appeals decision, Minnesota judicial elections are a disaster waiting to happen. These decisions lifted bans on campaigning and taking positions on issues, and they also invalidated  restrictions on fundraising and partisan endorsements. Minnesota has no public financing mechanisms for judicial candidates. This makes judicial candidates often highly dependent on donations that largely come from lawyers, many who often appear before them.

None of this is good. Across the country in places such as Wisconsin, Texas, and Illinois, judicial races have become high-stakes, partisan and expensive adventures as interest groups increasingly see state courts as an important forum to resolve questions about gay marriage, abortion and business-regulation issues. While we might like to think Minnesota is different, it is perhaps only a matter of time before the problems seen elsewhere hit this state.

So what is the solution? Some hold out for a process that is nonpolitical. Given how important courts have become in our society, the belief that any selection system will be apolitical is a fantasy. Instead, a viable judicial selection system must balance four goals: merit, impartiality, accountability and diversity. Minnesota needs a system that leads to the selection of the most qualified individuals to serve as judges, who also will render impartial justice, stand accountable for their decisions, and reflect the diverse demography and perspectives of its citizens.

One solution is to do nothing, figuring that the status quo is fine or that there is nothing wrong with politicizing judicial elections. But for reasons noted above, the status quo is broken. Moreover, politicizing the bench even more does no one any good. Politicized courts run the risk of undermining public confidence.

Another option, advocated by the Minnesota State Bar Association and the Coalition for Impartial Justice, seeks a constitutional amendment to create a merit selection process. The governor would make an initial judicial appointment and then the judge would stand for an uncontested retention election a year or so later. This is what used to be called the Missouri Plan. At one time such a plan worked, but as the experiences of states such as Iowa show, retention elections still can be high-spending politicized events where judges are removed not because they did a bad job but because they rendered a decision unpopular to a particular interest group.  In a changed political environment, the Missouri Plan no longer is viable. If you are going to ask the public to amend the state constitution, it makes no sense to propose an idea that is already broken.

A third solution is to scrap judicial elections and replace them with some type of appointment system. Many think the model is similar to what we have for federal judges, where the president appoints judges for life subject to Senate approval. This process also is broken and politicized, and many increasingly argue that lifetime tenure fails to bring needed change to the courts or that presidents stack the bench with their friends or fellow partisans. But there are other possible appointment options, those that include fixed judicial terms or limits on gubernatorial selection.

Something needs to be done to fix the current judicial selection process, and there are viable solutions. Unfortunately, there seems to be no interest at the Minnesota Legislature to do  anything, and the options that have been proposed are deficient.