The critical infrastructure topic of broadband has once again come up for discussion at the Capitol. As with many issues in the divided political climate we’ve seen for the past several years, people seem to be either for or against broadband as a municipal service. Those who are against it state that what we have now is working — that the market for broadband is flourishing and competitive in providing most Minnesotans with access — and sometimes question its importance. 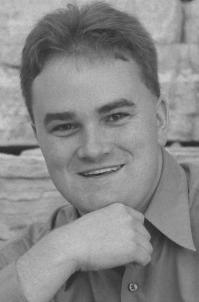 Those supporting additional broadband development cite statistics about the slow connection speeds available outstate and the lack of choice and high costs everywhere. We must agree that, as a society, there are some good reasons for infrastructure such as the road network to be owned by the people it serves rather than by a private corporation. After all, we don’t hear serious calls for the privatization of all roads, water distribution systems, sidewalks, or trails.

In a truly competitive marketplace there is much innovation, pressure to keep costs low and service high, and a desire for continuous improvement because a large number of companies are competing for limited business. Unfortunately, the current market for broadband fails at these ideals. Costs seem to be continually rising, service is often poor, and there are typically only two choices: a cable monopoly or a telephone monopoly, and in some areas not even those. It would not be efficient, or even feasible, to have a large number of service providers all duplicating effort and stringing cable to each individual residence and business.

We have also tried to spur network improvements by giving hundreds of millions of dollars in tax credits and incentives to existing private telecommunications companies through the National Information Infrastructure program. This broken promise by incumbent carriers for ultra-high speed connections throughout the country years ago has still not been seen. Clearly waiting for the incumbent providers to do something on their own or even providing substantial incentives to motivate them is not working. There must be a better way.

A simple solution is to encourage municipalities to build out this so-called “last-mile” connection to individual homes and businesses by installing publicly owned fiber. This “dark fiber” would not necessarily have any service on it provided by the municipality. Instead, it would function as a “road” to one or more centralized publicly owned “meet-me” locations. At those locations you could have the fiber connected to a service provider of your choice, possibly even multiple service providers.

Because it is much more cost effective for private service providers to wire to a few central locations than to run cables to many individual homes and businesses, there is a lower barrier to entry. The effect of this would be to dramatically increase market competition in the space. If community members were interested they could create a nonprofit cooperative to compete and provide service as well.

This model addresses many of the concerns with municipal broadband — such as a lack of choice and poor customer service, or concerns about filtering, privacy and tracking — while retaining the true need and competitive advantage of offering very high-speed connections critical to future growth and prosperity. By separating the true infrastructure from the services that can ride on top of it we have, in effect, created something much more analogous to the road network that is provided publicly but utilized by many people and businesses in many different ways.

A crisis in Minnesota

If you don’t think we have a broadband crisis in Minnesota think again. Wholesale bandwidth costs here are already substantially more than other parts of the country and the vast majority of our bandwidth flows through Chicago, which means we also have less bandwidth redundancy than other areas of the country. When thinking about where to locate businesses, this absolutely becomes an important issue.

One commonly suggested method for increasing competition and broadband penetration is the use of cellular data connections, but this is totally unrealistic. In many outstate areas coverage remains low or nonexistent. There is also an underlying problem of limited bandwidth inherent to all wireless solutions that does not scale well to the many uses of broadband beyond simple web surfing.

If we as a state are to remain one of the premier places to live, work, learn and do business it truly is imperative that we leverage the power of the state to improve our broadband problem. If countries such as Latvia, Romania and the Netherlands can achieve average Internet connections speeds of over 40 mbps, and at a much more reasonable price, so can we. A failure to address the growing broadband gap is a critical mistake.

Ben Franske, Ph.D., is a professor of Information Technology and Security at Inver Hills Community College.

Broadband is better as a public-private partnership