In a recent Community Voices commentary, Art Rolnick (an exemplary expert on early-childhood issues) took exception to Gov. Mark Dayton’s (another exemplar in early-childhood leadership) approach to expanding early-learning opportunities to more Minnesota children. Rolnick suggests that the governor’s proposal to invest in public preschool turns away from the scholarships the governor championed in 2011 and, with the help of the Legislature, expanded in 2013. 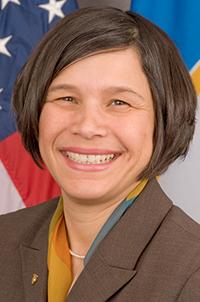 I commend Rolnick for his outstanding research and advocacy on behalf of Minnesota’s young learners. The importance and value of early learning is finally being vigorously discussed, in no small part because of his work. However, his assessment of the governor’s budget proposal simply misses the mark.

The governor’s commitment to high-quality early care and education is stronger than ever. His strategy is thoughtful, deliberate and based on our shared belief that meeting our goal of helping every child succeed requires a multifaceted approach to early learning, not a single solution.

The governor’s plan demonstrates his continued commitment to lifting up children living in poverty, and to targeted support to the children who need it most. He starts by focusing on our poorest kids and families with his proposal to eliminate the current Head Start waiting list. His budget also includes continued support for the Northside Achievement Zone and St. Paul Promise Neighborhood, both of which are working to break the cycle of generational poverty in some of our state’s most disenfranchised neighborhoods.

While the governor’s proposal aims to improve the school readiness of every child, his pre-K proposal requires the high level of quality shown to have the biggest impact on children with the highest need. Recent research shows that universal preschool programs are most likely to be effective in identifying and reaching all high-need children and providing them the resources and intensity necessary for them to become better prepared for school. It’s also important to remember that while a lack of school readiness is a significant problem for poor children, young middle-income children also lag behind their wealthy peers in social, cognitive and other skills. The governor’s preschool proposal helps those children, too.

Rolnick also writes that funding preschool would be more expensive than just continuing to expand scholarships, and cites a study that proponents of the scholarship strategy often use. However, the study he cites has been debated for its accuracy about the cost of school-based programs. While it is true that school-based programs typically require a licensed teacher and thus have higher associated salary costs, school-based programs can also reduce overall administrative costs by leveraging K-12 systems and infrastructure to support those aspects of the program and more.

As to Rolnick’s contention that Gov. Dayton seeks to “earmark” funding with a schools-only approach — and that this approach would diminish current efforts to increase quality in the private child-care arena, and offer parents less flexibility and fewer choices — well, that is simply untrue.

The governor’s proposal would broaden the age range of Minnesota’s early learning scholarships, making them available to all children from birth to age 5, instead of just 3- and 4-year-olds. This would create a larger pool of eligible children that child-care providers could compete for. And rather than directing half of the scholarships to school programs, as is currently the case, the governor’s plan doubles the number of flexible family choice scholarships, while maintaining the expectation that both child-care providers and pre-K programs adhere to high standards of quality.

Finally, the governor makes it very clear that this pre-K proposal is voluntary for districts and optional for parents. Far from diminishing choices for families, it would offer more options for them to choose what’s best for their children.

It’s important to note that the governor’s commitment to struggling children and families extends beyond his education proposals. His budget would also invest an additional $44 million to improve access to high-quality child care for low-income families, provide additional outreach to parents of at-risk children, increase the state’s investment in children’s mental health services, and enhance our child protection efforts.

The governor and I strongly believe that if we are serious about eliminating achievement gaps in Minnesota, we must take bold steps to get ALL of our students off to a good start. It’s not a question of either/or — scholarships or school-based programming alone. It’s a matter of doing both, and so very much more.

Art Rolnick has been a good partner in our efforts to improve the lives and educational outcomes of young children over the past four years. I hope he takes the time to examine the governor’s proposal more closely, and that he will recognize the comprehensive and thoughtful approach it takes. And then, instead of asking Minnesotans to choose a side, I hope he will join hands with us again to continue our collaborative work to ensure that our littlest learners — especially those who need it most — get the biggest boost.