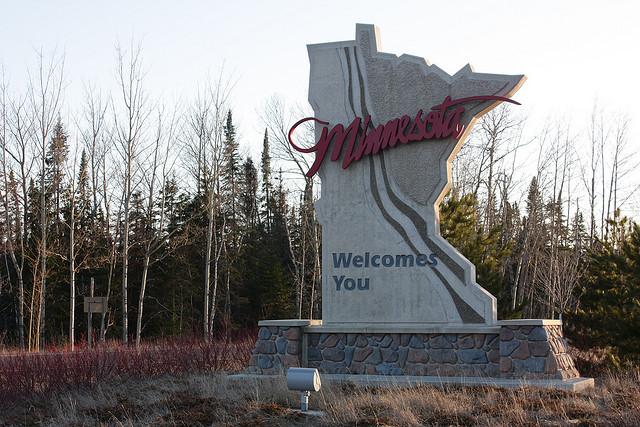 CC/Flickr/Paul Weimer
Before we become too proud of ourselves, there are problems facing Minnesota that could harm our competitive standing.

Last month Politico magazine (in “The States of Our Union”) ranked Minnesota, in a tie with New Hampshire, as the best state in the nation. While we should be proud of this ranking, we need to undertake a number of actions to ensure that Minnesota 10 years from now will be equally well considered.

Minnesota’s population is growing, and according to projections will grow well into the future, while many U.S. states face declining population. Our people are well educated, with 92 percent having a high school degree, and 33 percent having at least an undergraduate college degree, which ranks us 2nd and 7th nationally. Minnesota students currently taking the ACT test perform far better than students across the country. We also have one of the highest participation rates of available workers. Not surprising, Minnesota gets an “A” for our human capital according to a recent study by Ball State University.

Our people are healthy

In spite of the recent flu bout, we are generally healthy in Minnesota, ranking 6th nationally by the United Health Foundation. According to its study, we have a low rate of drug deaths, a low prevalence of diabetes, and few poor-physical-health days. We have the 5th fewest infant deaths per 1,000 births and have one of the lowest health uninsured rates in the country.

Minnesotans are highly engaged in our communities. We have the highest percentage of registered voters voting in the country, leading the average state by nearly 20 percent. Our state ranks 3rd in volunteerism. We have a very healthy and expansive nonprofit sector in Minnesota as well.

Finally, we have a rich cultural arts community across the state. The Twin Cities metropolitan area is ranked 5th nationally on the creative vitality index in 2014.

Before we become too proud of ourselves, there are problems facing Minnesota that could harm our competitive standing. Our work force is aging and by 2020 we will have more Minnesotans not working (ages 0-14 and over 65) than working (ages 15-64). We need to be attractive to workers from other states and countries to ensure that we have enough workers to keep our businesses strong and support our non-workers. We also must ensure that we are welcoming to our new residents, particularly if they are from cultures dramatically different from ours.

While Minnesotans are well educated, the percentage of high schoolers graduating is below our existing population percentage of graduates. There also is a 23 percent disparity between our Caucasian and diverse populations in high school success. We need to improve the educational outcomes of all our students and particularly our diverse students, which require an increase in funding for early childhood education.

College costs for all Minnesotan students have been increasing faster than inflation, and students are graduating with greater student debt. Proposals to freeze tuition and/or eliminate two-year college costs will improve this situation.

Too many in poverty

While lower than the national average, we have nearly 10 percent of Minnesotans below the poverty level. We need to help all Minnesotans succeed.

Minnesota taxes consistently rank high across the nation. We need to make sure that we innovate in the delivery of public services to keep taxes as low as possible.

Traffic congestion is a problem in Minnesota, particularly in the Twin Cities. It is currently ranked the 19th worst in congestion of North American cities. We need to increase the gas tax to maintain our road, bridge and transit infrastructure to reduce our congestion.

Minnesotans have worked hard, smart and humanely to create a great state over time. We have openly recognized our challenges, and worked cooperatively to solve them. As Gov. Mark Dayton and the Legislature debate plans, policies and budgets for Minnesota’s future this year, let’s support them in doing the hard things — innovatively improving our physical and human infrastructure so that 10 years from now we will again be the top state in the nation.