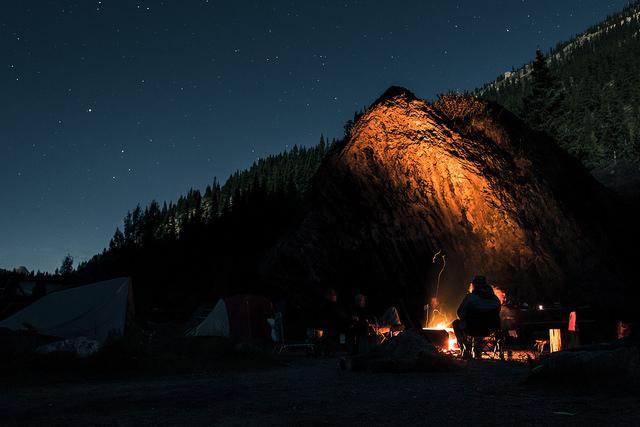 CC/Flickr/Dave Sutherland
We like people who can tell stories.

We like people who can tell stories. We connect this way. It’s genetics. 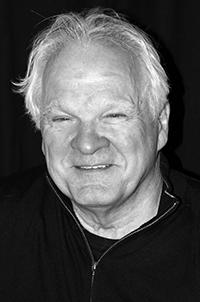 Somewhere along the line we got bored. Grandpa Oscar told the same story once too often. Eye roll. Far better, we thought, to prop him up in the corner at Thanksgiving, and not make eye contact.

For some reason, hearing these stories never bored me. So, in my “retirement” I decided to find me some Grandpa Oscars (and Grandma Hildas) — people in the community, not famous people — and discover their stories. Like you, perhaps, my older family members were all gone and I had not had the chance. Life happens.

They are easy to find, at McDonalds at about 10 a.m., or at nursing homes and senior apartment complexes. “Nests of the elderly,” I say. Most are willing to talk to me, a complete stranger who simply asks questions.

Strangers like Lenny, 93, who had fought at Guadalcanal. After hearing about what had happened there, I asked him if he’d known what was coming next. His answer: “Yeah, more of the same, all the way to Japan.” Were you scared, Lenny? “GL, I was so scared, you can’t imagine.” Since I had always wondered how young officers had motivated other younger men to “take the hill,” I asked him if he recalled any motivational talks before or after battles.

“The only talk I recall,” he said, “was when they got us into a tent, and told us to write our mom and dad, and tell them we would not be coming home.” I just sat there after he said that, quiet-like, and Lenny did, too, but he was remembering, not imagining.

I happened to meet a British war bride in a St. Paul nursing home who also had vivid memories of World War II. I had heard about war brides — English girls who had married American soldiers. What I did not know was how many there were. “I think there were over 25,000 of us in England,” she said. And they had to wait for one to three years to get the paperwork to get to America. She finally got her forms complete and crowded on a ship to make the trip over. In January.

“The sea was so rough, we couldn’t get to the deck for fresh air,” she recalled. Babies crying, nearly 300 seasick women, off to meet their husbands and their new country. Alone, scared and vomiting. Then steaming into New York harbor, where small ships with orchestras circled and serenaded them as they arrived. Not a dry eye on board the ships, my English lady said.

I asked if she saw the Statue of Liberty? Quietly, she answered, “Yes, we did.” What did you think when you saw it? “We all hit our knees,” she said. Now, a tear. Hers … OK, mine too.

Women are better at telling stories. I talked with a nurse who had landed on D-Day beaches 10 days after June 6. Never read about this in any history books. What was that like, I asked, recalling the scenes from “Saving Private Ryan.”

“It had been cleared by then,” she said. The piers had even been built out into the Channel and her ship, full of fresh faced American nurses were told to get ready to disembark, “They told us we could get off on to the pier or we could wade ashore, just like the boys had done. All of us, over 200 young nurses, hoisted our bags above our heads and waded ashore, just like the boys had done.”

At first, this story project was in the spirit of volunteering, of me in the “give back” phase of my life. I could tell that telling me their story made them feel better, so I dug into it even more. I talked with the palliative care people, the narrative medicine folks at Mayo, and others. There is actual data showing that storytelling is therapeutic. It makes the elderly feel better, improves the dignity of life, and even lessens chronic pain. This was obvious.

I told some of these stories to my family and friends. A couple of speeches. I found that they liked hearing them. I think it is because most of us realize that we have often missed our own chance to ask these sorts of questions of our own relatives. I will often say, “I bet your kids and grandkids love hearing your stories.” The most common answer is, “I have not told them.” One man said that it was even worse: “Not only have I not told them about my stories, my grandfather fought in the Civil War, and we never asked him either,” he admitted.

I started writing them down, into 2-3 page mini bios, easily digested, and quickly read. My intent was to publish a “Chicken Soup”-type book, made up of these random, oddly inspiring stories.

By happenstance, I read one of the stories to a man I had interviewed. He asked if he could have it so he could read to himself.

“Sure,” I said. When I returned about an hour later, he had his checkbook open on the table. “How much do I owe you for this?” he asked. I said quickly it would be $1,000. He started to write. “Hey I am kidding,” I quickly added.

“Let me tell you, it would be worth it,” he said. “It’s been over 50 years since I read anything positive about myself.” Oh, man.

About a week later, I was recounting this story to another 80+ man I had befriended.

“Do you still have that story I wrote about you?” I asked. “Have it?” he said, “Here, I carry it around with me all the time, so I can show it to people I meet.”

If storytelling has therapeutic value, then story reading must have a similar impact. I am working hard at finishing this first book of stories, hoping to find a publisher, and then I want to work on proving the value of story reading.

I already know the value of listening to stories, firsthand. I hope you can discover this value on your own.

Slight correction, about all of the people not being famous. I did get to interview Miss America, 1948. But that is another story …

G.L. Hoffman is a retired serial entrepreneur in the “give-back” phase of his life. A lifelong talker and active listener, he has been meeting seniors to hear their individual stories. He is the founder of Assume Goodwill.