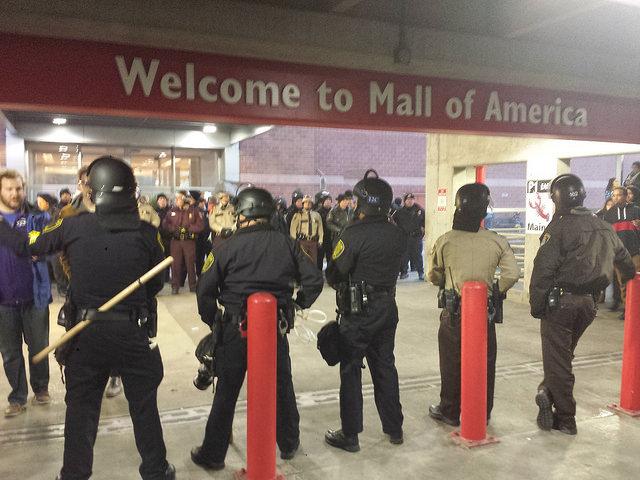 CC/Flickr/Daily Chalkupy
Protesters came to the Mall with the intention of drawing as many TV cameras as possible by causing as much disruption as possible.

The recent coverage of the Black Lives Matter (BLM) arrests at the Mall of America has ranged from sympathetic opinion pieces to news coverage that reads like a cheering section. But this is a complex issue, and the notion of who is right and who is wrong is not cut and dried. 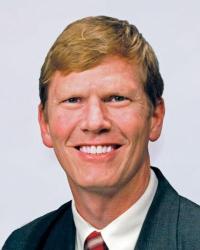 First and foremost, Bloomington city attorney Sandra Johnson is not the villain. While it’s convenient for Black Lives Matter to put a face on a villain, to compare Sandra to Bull Connor, as some have done, is belligerent and offensive. Our city attorney is simply doing what she was hired to do: uphold the laws of the city of Bloomington. A city prosecutor must be immune from outside pressure. If she picks favorites or declines to pursue charges because a protest is deemed by some as “just,” she sets the entire system up for failure. How would the morality of the next fur protest or right-to-life demonstration be decided? There’s a reason Lady Justice wears a blindfold.

The Mall of America is not in the wrong either.

The Mall has never stood in the way of the goals of Black Lives Matter. There are no examples of hiring discrimination or claims of black shoppers being denied service. Mall security is not accused of harassment or excessive force against the many people of color who frequent the Mall. Instead, protesters came to the Mall with the intention of drawing as many TV cameras as possible by causing as much disruption as possible.

As a Bloomington City Council member standing up for the Mall, I’m not endorsing “profits over people.” I’m simply supporting a Bloomington business in the same way I’d support Bobby and Steve’s, Toro, or Donaldson.

The Bloomington police are also not in the wrong.

As with the city attorney’s office, the Bloomington police did exactly what they are supposed to do: Serve and protect. In the days leading up to the protest, Bloomington police reached out to Black Lives Matter organizers, told them the planned protest at MOA was illegal, and offered an alternative site. Unfortunately BLM had no interest in cooperating. In situations like this, overpreparing for potential problems is a much better alternative than underpreparing.

Compare the BLM protest to the Vikings/Washington protest in November at TCF Bank Stadium. In my professional role at the University of Minnesota, I was part of a group that included university officials, and police leadership from the University, Minneapolis and Metro Transit police. Before the event, we worked together with the Coalition Against Racism in Sports and Media to establish ground rules, determine march routes, agree on locations, and provide necessary security. The result was a hugely successful protest that received national attention. Not one person was arrested that day.

Finally, Black Lives Matter is not in the wrong either.

Racial inequality in America remains a very real problem. Far too many young black men die from gunfire and it needs to stop. Graduation rates of students of color in Minnesota are a national embarrassment that we need to address. I agree with those goals — if in fact those are the goals of Black Lives Matter. BLM leaders have allowed the Mall protest and the subsequent fallout to hijack their critically important messages. Why are we wasting our time discussing whether or not the Mall of America should be considered a public square?

While the notion of right or wrong can be a moving target, what is legal or illegal is not.

Like it or not, the Minnesota Supreme Court ruled more than two decades ago that the Mall of America is private property. Like any private property owner, the Mall has the right to determine how its property is used. It has never permitted protests or demonstrations, and it reserves the right to choose the musical acts, events and other activities it allows. Saying no to the Black Lives Matter protest was entirely consistent with the Mall’s history and entirely within its rights.

Black Lives Matters protesters broke the law in a very public, defiant way. They should be held accountable.

Tim Busse is a member of the Bloomington City Council.