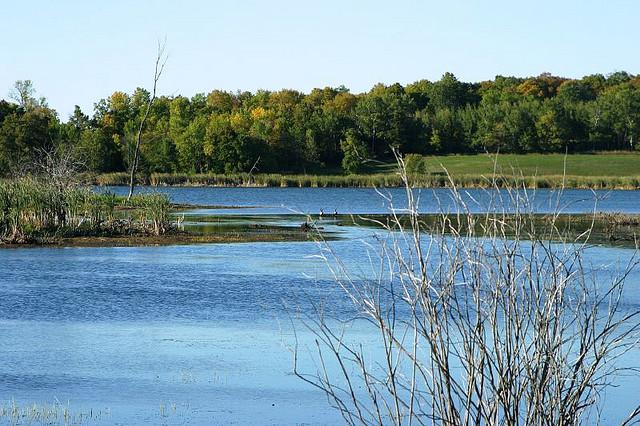 CC/Flickr/D. Bjorn
Wetlands protections are about to take a major step backward.

Most people are not aware that proposed revisions to the state’s Wetlands Conservation Act, as outlined in SF 1515, will greatly endanger wetlands that are already at risk in Minnesota. The revisions in the bill, inexplicably sponsored by Sen. John Marty, will work against Gov. Mark Dayton’s Executive Order 12-04. Dayton has asked agencies to “assess potential changes to current policies that will improve wetland conservation in Minnesota in a manner that maintains and restores the integrity of Minnesota’s wetlands.”

Instead, wetlands protections are about to take a major step backward.

The stated purpose of the Wetlands Conservation Act (WCA), passed in 1991, is “to achieve no net loss in the quantity, quality and biological diversity of Minnesota’s existing wetlands.” In the current WCA law, when wetlands are to be destroyed they must be replaced (or “mitigated”) if the loss cannot be avoided.

This requirement will be fatally weakened if SF 1515 passes, allowing the destruction of wetlands without replacing them. At stake are thousands of acres of irreplaceable bogs and forested wetlands that will be destroyed in Northeast Minnesota as new mines are developed there. These wetlands support high biodiversity (birds, insects, plants, frogs and more) and act like sponges on the landscape, protecting the watersheds of Lake Superior and the BWCA.

The state proposes to give developers credit for destroying wetlands by allowing “alternative” activities that will improve overall aquatic resources. “Substitute wetland resources or environments” (4.33, 4.34, SF 1515) will include restored trout streams, improved riparian zones and habitat corridors, and possibly even upgraded septic systems. Might better treatment of mining discharges also be given credit for “improving” the area’s aquatic resources? Such commendable activities should not be given credit as compensation for widespread destruction of unique wetlands. How can a trout stream achieve no net loss of wetland quantity, quality, or, absurdly, biodiversity? Could habitat corridors? Worse, a septic system? This sets a dangerous precedent. It removes a major tool for protecting wetlands in our state that has been a part of federal and state law.

Also the proposed revisions to WCA will make it easier to mitigate wetland losses outside of the watershed. “High public value areas,” as yet undefined, will be favored for wetland replacements. This could mean, for instance, that restorations in the prairie pothole region, another commendable action, could be allowed as replacement credits for bogs and forested/shrub wetlands lost to mining or other activities in Northeast Minnesota.

We currently lack statewide records on wetlands lost and their replacements. This means no one can say whether the no net loss goal is currently being met. In December, I asked MN DNR mining staff a simple question: How many acres of wetlands by type (e.g., bog, marsh, sedge meadow) and location have been destroyed by mining activities since the wetlands law was passed in 1991? How many of these acres have been restored or mitigated? They could not tell me because they don’t document this. I have asked the state agency (BWSR) that oversees the WCA for records of wetland losses and mitigations, and they have no answers either. So — how can the public know if the goal of achieving “no net loss” of wetlands is being met in Minnesota? Who’s minding this store?

Why make it easier to destroy wetlands when we currently cannot account for wetland losses and mitigations since WCA came into being? Agencies should be required to record transparently all specific loss of wetlands, by acreage and type (including “exempt” activities) and their “replacements.” Absent this knowledge, no one can predict the cumulative effect of wetlands destruction from several new mines proposed in Northeast Minnesota. The public needs to understand that our wetlands are in danger.

Judy Helgen, Ph.D., is a retired wetlands research scientist from the Minnesota Pollution Control Agency (MPCA) and the author of “Peril in the Ponds” (U Mass Press, 2012). She lives in Roseville.