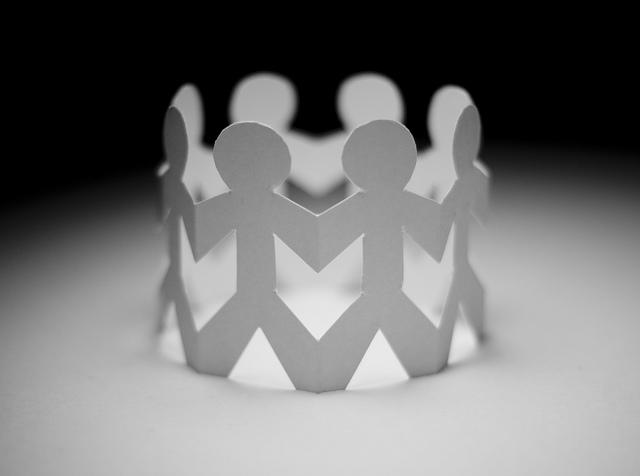 In Red Wing these days, a community-wide effort has helped expand distribution points for free breakfasts, so that more low-income kids are getting enough to eat at the start of the school day.

Meanwhile, the same group is helping bring strong, new focus on higher-education planning and career pathways, starting as early as the fourth grade. Also under way are networks that help the whole town find ways to help their schools reach specific goals, like reading proficiency by third grade, and improved mastery of math and science skills by eighth grade.

This picturesque, historic town, known for its Mississippi River valley bluffs and the high-quality rugged footwear produced by Red Wing Shoes, is aggressively getting its act together for an increasingly diverse and disadvantaged young population, all under the banner of a new organization called, fittingly, Every Hand Joined.

The collaborative effort that produced the improvements listed above is just getting started, but Every Hand Joined already has received a Local Government Innovation Award from the University of Minnesota’s Humphrey School.

The even better news is that highly organized collaborative student success efforts like those in Red Wing are taking hold across rural and Greater Minnesota, in communities from Itasca County’s northern lakes and woods to the meatpacking city of Austin on the Iowa border.

With strong philosophical kinship to urban partnerships such as Generation Next, the Northside Achievement Zone and St. Paul’s Promise Neighborhood, Every Hand Joined is part of an encouraging statewide movement toward genuine community collaboration across all sectors, with a comprehensive birth-to-career strategy and specific, intensive action plans for realizing much more of all our children’s potential.

There are now five Greater Minnesota partnerships (in Red Wing, Itasca County, Austin, St. Cloud and Northfield) belonging to the national Strive Together network, a burgeoning group of partnerships that adhere in some fashion to the principles of collaboration and a holistic, birth-to-career system of support and investment to close the opportunity gaps and improve postsecondary completion rates.

Businesses, foundations, nonprofit groups and public and private education groups tend to be the drivers of these partnerships, but they work hard at authentically engaging students themselves and their parents. The Itasca Area Initiative for Student Success, based in Grand Rapids, working with the Search Institute, has a particularly ambitious focus on listening to youth themselves about what they need to succeed.

Legislators and other policymakers are beginning to take note and consider ways to remove barriers and provide incentives for collaboration and even to fund the ongoing development and operation of both rural and metro partnerships. A recently introduced state Senate bill, which would provide up to about $10 million for an “Education Partnerships Fund,” is just one sign of emerging interest in the movement.

The movement gets its energy from the growing awareness that Minnesota’s surging racial diversity and widening economic inequality long ago ceased to be an inner-city phenomenon, and that it presents as many opportunities as it does challenges.

Like much of Greater Minnesota, Red Wing, once racially homogenous, is changing fast. More than 15 percent of the city’s residents are now people of color and the percentages are even higher in public schools, according to the latest U.S. Census estimates. The percentage of students on the free-and-reduced lunch program also is rising.

In a compelling five-minute video presentation, sponsored for Every Hand Joined by the Bush Foundation and the Humphrey School, Red Wing City Council President Lisa Bayley summarizes the heart of the matter and explains the classic small-town community spirit that motivates this ambitious collaboration.

“This is a relatively small town,” Bayley says, “but we have a lot of history and we have a lot of people who are coming more recently. We realized as a community we have to address the educational challenges we have, as a community. We can’t just rely on the school system, we can’t just rely on the city government, or on the parents, or on the nonprofits. We have to work on this as a group.”

Others in the Every Hand Joined video weigh in on the dual benefits of having every youth in the town do better at school and life, and advancing further in educational attainment. Joe Jezierski, director of teaching and learning at Red Wing Public Schools, talks about how students and local businesses stand to gain:

“There are two big needs that spark this initiative,” Jezierski says. “The first is that we have students who are underperforming, or not meeting their needs, and we saw that they were not being successful after graduating from high school. The other is really from a business standpoint, we want to be able to attract employers and families to come to Red Wing and work, and we need good quality schools to be able to do that.”

Bayley elaborates further on community self-interest and addresses the timeless concern of small-town folks that if their kids do really well in school, the more likely they are to go to colleges or bigger cities and never come back. Her argument is that the better and healthier a place is, the more likely it is to both bring kids back and to attract newcomers.

“We want to make sure that when they do leave Red Wing,” Bayley says in reference to high school graduates, “they’re ready to learn. And then of course we’re hoping they’re going to come back.”

Bayley concludes: “And the industries that we want to attract are going to say, ‘There’s a community we want to live in, it’s great for my family, great for my workers, they’re going to be able to provide me with the kind of high-quality trained workers who are willing to hit the ground running from day one.’”

Dane Smith is the president for Growth & Justice, a research and advocacy organization focused on a broader and more inclusive economic prosperity for Minnesota.

In Red Wing and elsewhere, collaborative efforts giving kids a leg up