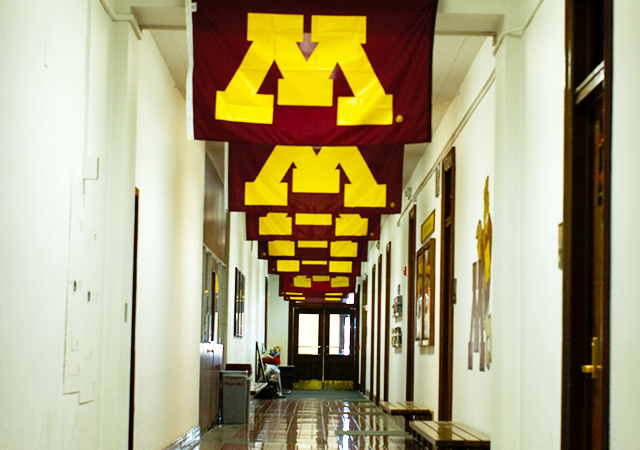 You’ve got to hand it to the propaganda ministry in the University of Minnesota’s Morrill Hall. Only hours after an external review panel delivered its scathing 92-page condemnation of the university’s failure to protect research subjects, President Eric Kaler said, “I am particularly gratified — but not surprised — that the panel found no legal or compliance violations.” Never mind that the panel discovered flaws so serious that they raised “profound questions” about the ability of the university to conduct reliable research reviews. Never mind a “culture of fear” and “intimidation” in the Department of Psychiatry so severe that staff members are afraid to speak up on behalf of patients. We are supposed to be thrilled that the report uncovered no felonies.

Of course, this is a review Kaler never wanted. For years, the university has fought back against accusations of research misconduct and neglect in the 2004 death of Dan Markingson, a mentally ill young man under a civil commitment order who tried to decapitate himself after being enrolled in an industry-funded drug study against the wishes of his mother. It took a public letter from more than 170 international experts and a resolution by the Faculty Senate in 2013 to force Kaler to commission a review.

Not a look back

Even then, Kaler resolved that past misconduct would be off-limits. “It’s not a review of the Markingson case,” he told the Minnesota Daily. “It’s a review of what we are doing now and what we’re going to do moving forward.”

But the message of the external review was clear: Every failure and abuse that led to the death of Dan Markingson remains a serious risk to research subjects today.  The review team found “little evidence that the University’s Institutional Review Board (IRB) engaged in a meaningful process of evaluating research risk” (p. 78). It found that researchers have failed to address issues of vulnerability to coercion or undue influence, even for patients under involuntary commitment orders, such as Dan Markingson (p. 66-67). The team discovered “inadequate and inconsistent attention to the process of consent,” especially in mentally ill patients (p. 4). In fact, they found that the IRB did not even have the scientific expertise necessary to review research studies adequately (p. 26). To repeat:  At Minnesota’s flagship university, the program charged with making sure that human subjects are not killed or injured in medical experiments does not have the necessary scientific expertise to carry out the task.

Kaler’s reaction to this alarming news has simply reinforced the review team’s most predictable finding: University leaders have convinced many of us on campus that they simply don’t care about keeping research subjects safe:

“Most striking was the commonly conveyed sense of doubt in leadership’s commitment to human subjects protection,” the review team wrote. “There is a widespread and seemingly well‐founded perception that the University has reacted to the death of Dan Markingson, and to the ongoing criticism in its aftermath, by assuming a defensive posture.” A vivid illustration of that posture came last summer in a meeting between Kaler, former Gov. Arne Carlson and Board of Regents Chair Richard Beeson. According to Carlson (and recounted in a letter that Carlson, I and two others wrote to the Legislature last month), Beeson’s response to the six-year controversy over Markingson’s suicide was simply: “It has not risen to the level of our concern.”

Apparently, it has not risen to the level of Kaler’s concern either. On Friday, Kaler claimed that the external reviewers “looked at a narrow slice of our research enterprise: human subjects research related to people with diminished decision making capacity. This represents a small fraction of our clinical research enterprise.” A reading of the review’s final report shows this to be patently untrue. The external review looked at the university’s human subjects protection program, which is responsible for protecting subjects in all medical research studies at the university. In other words, it is not just subjects with psychiatric or neurological impairments who are in danger. It is all subjects who volunteer.

You can’t fix a problem until you admit it exists. Anyone who examined the circumstances surrounding Dan Markingson’s suicide could see that there were serious problems with research protection at this university. The news reports of a very similar case in the Department of Psychiatry last spring only heightened the growing sense of alarm. Yet for years, the university has stonewalled open records requests, dismissed its critics and hidden behind a public-relations smoke screen. So far, that strategy shows no sign of abating.

Carl Elliott, MD, Ph.D., is a professor at the Center for Bioethics, University of Minnesota. He has long sought an independent investigation of the Markingson case and related research ethics issues.