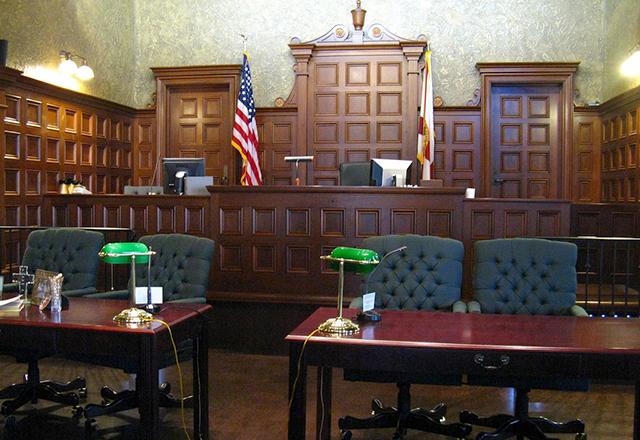 Creative Commons/Clyde Robinson
The passage of time informs a court whether the sentence is successful, not only as punishment but also as a tool toward rehabilitation.

This is the fourth in a series of occasional commentaries on the judicial system from the perspective of a District Court judge.

From time to time I’m visited in my courtroom by students eager to ask the judge questions. “What’s your favorite case? What was your hardest decision? What happens when you disagree with the law?” The last question is the most difficult.

The simple reality is that District Court judges sometimes disagree with the law. We deal with a host of issues on a daily basis, and develop strong views regarding legal matters that sometimes conflict with statutes and decisions of our higher courts. But the mere fact that a judge may disagree with the law isn’t as important as what the judge does when the disagreement occurs.

I disagreed with a recent Minnesota Supreme Court decision refusing to allow the defense of necessity in a license revocation proceeding. The case involved a woman who drove a short distance under the influence of alcohol in order to escape a frightening episode of domestic abuse. I wasn’t alone in my view.

The case caused a sharp disagreement among our Minnesota Supreme Court justices. A majority held that it would be an act of “pure judicial will” to permit a court to allow this woman to plead that she drove only because of an emergency that threatened her well-being, perhaps her life. The court said that only the Legislature can permit the necessity defense in a license revocation proceeding.

The issue of online criminal records

In another recent case, the Minnesota Supreme Court also viewed the role of the judiciary in very narrow terms. The Supreme Court denied to judges the inherent authority to prevent a state agency from posting criminal records online, even if a court determines that the records should be sealed as a matter of fundamental fairness.

As a District Court judge I dealt with the same issue in 2011, but came to a different conclusion. The case involved “Barbara,” a young woman every parent would be glad to call their daughter. She had succeeded impressively in her high school career, and excelled at a prestigious university of the highest academic caliber. Upon graduation she began her professional work, where she received accolades from her superiors.

But Barbara’s life had its challenges. During high school and college she had struggled with the stress in her life and succumbed to depression and bulimia. One of the characteristics of bulimics is that they can be prone to steal food items to cover up their purchases. Barbara was caught shoplifting fudge and caramel toppings, some ice cream and salads with a total value of $28. The police report said she cried uncontrollably at the shame of it all.

When Barbara came before me to ask that I seal her criminal records, she had overcome her eating disorder, and there was virtually no chance she would ever reoffend. Barbara’s conviction wasn’t the result of a moral shortcoming but rather a difficult illness.

In granting Barbara’s request, I ruled that a court’s inherent power to seal criminal records shouldn’t be sacrificed on the altar of separation of powers. The exercise of the court’s inherent authority to expunge a petitioner’s criminal record is a core judicial function — an extension of the court’s sentencing role. The passage of time informs a court whether the sentence is successful, not only as punishment but also as a tool toward rehabilitation. The sentencing court is in the unique position to determine when, and under what circumstances, an individual’s criminal record should be sealed.

My decision in Barbara’s case wasn’t appealed. Her criminal records were sealed. But two years later, in 2013, a Minnesota Supreme Court majority rejected the notion that the judiciary has inherent authority to prevent a state agency from posting criminal records online. If Barbara’s case had come before me in the year after the Supreme Court’s ruling, I would have had to deny her request.

The Supreme Court is committed to advance the cause of justice. I have no doubt that its members would feel as sympathetically toward Barbara as I did. But the court viewed the power of the judiciary so narrowly that it concluded that judges don’t have the authority to order criminal records to be sealed, absent legislative action.

These issues involving the role of the judiciary are resolved for now, and I’ll follow the mandate of the Supreme Court. As a District Court judge, I’ll honor the Supreme Court’s ruling limiting the power of a court to seal criminal records, and I’ll adhere to the legislative action that followed. If a woman comes before me challenging her driver’s license revocation because she drove under the influence when threatened with serious harm, I’ll follow the Supreme Court’s order and decline to consider her defense of necessity — absent legislative action.

The respect we have for the legal process is one of the defining reasons our system of justice functions as well as it does. We may disagree with, even bemoan some decisions of our higher courts, but we follow them because our system of justice requires it. Sometimes, though, we find it’s easier to render justice than it is to do right — that’s one of the challenges of being a District Court judge.

Of course, it’s not only higher court decisions that may trouble judges. Some legislative actions also challenge us, especially when a statute victimizes the poor. Judges, for example, are required by statute to impose a $78 surcharge whenever someone pleads guilty — even to a minor traffic offense. Seventy-eight dollars may not seem like a lot of money to many people, but it’s a crushing debt to someone who doesn’t have a dollar to spare. The law gives a judge no authority to waive the surcharge, even when a person is poor, sick, homeless or mentally ill.

The problem is that the surcharge statute prevents a judge from softening the hard edge of the law. If a single mother working a minimum-wage job can’t afford to fix a cracked taillight she may be fined for it and lose her license if she can’t afford to pay the fine. If she then uses her car to drive (perhaps to go for groceries or drive her child to a play date) she can be charged with Driving After Suspension. The result sought by some prosecutors is a fine and the statutorily required surcharge. But in what Kafkaesque world do we fine the poor because they’re too poor to pay a fine, then add a mandatory surcharge, and do it as a matter of public policy?

Sometimes there’s nothing wrong with the law — it simply can’t deal with every situation. A man recently came before me to ask that I protect $1,500 in his bank account from attachment by his creditors. The money had been loaned to him by friends and relatives in amounts of $50 to $75 to allow him to travel to Kenya and bury his father. He had a list of contributors and the amounts they gave him; he even had a copy of the funeral program with a picture of his father on the front.

But I had to deny his request because the exemption statute didn’t protect the funds from attachment, even if the funds were being used for the solemn purpose of burying a parent. I carefully reviewed the statute with him so that he understood what was exempt from attachment and what was not. I suggested that his creditors could choose to work out a payment plan with him, but I had no discretion to protect his funds.

Judges try to do the right thing, but sometimes find it hard. We’re disappointed when we think a higher court opinion isn’t based on firm analysis and a sense of right. We do our best to do justice within the statutes and judicial decisions that guide our conduct. Sometimes there’s room for judicial discretion, sometimes not.

That’s how our system works — that’s what I tell the students who visit my courtroom wondering what I do when I disagree with the law.

Mel Dickstein is a judge in Hennepin County District Court, where he handles a mix of civil and criminal cases. He is a former partner in the law firm Robins Kaplan.

When judges disagree with the law