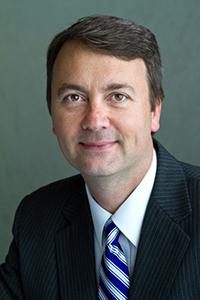 In their recent Community Voices commentary (“Five anti-choice bills would especially burden low-income women,” April 1), Karen Law and Andrea Ledger write that legislative proposals to license abortion facilities and prohibit taxpayer funding of abortion would “undermine” the “core values” of our state. I disagree. These are common-sense bills that would benefit women, taxpayers and unborn children.

Consider, first, SF 616/HF 606. This measure would require that facilities performing 10 or more abortions per month be licensed by the Department of Health. It would also authorize inspections (no more than two per year).

Why is it necessary? Because abortion centers in Minnesota are neither licensed nor inspected by any state agency. This makes little sense. Unsafe abortion centers and unscrupulous providers have been discovered in many other states; some women have died. But our state lacks the ability to even determine if these dangerous conditions are present in Minnesota — or to prevent them from happening in the future.

The other proposal targeted by Law and Ledger is SF 683/HF 607, which would end the use of public funds for abortion. New numbers from the Minnesota Department of Human Services show that the state paid $809,915 in 2013 for 3,391 abortions. Since the Minnesota Supreme Court’s 1995 Doe v. Gomez decision, taxpayers have reimbursed the abortion industry $21.6 million for more than 69,000 abortion procedure claims. Abortions funded by taxpayers now comprise 34.2 percent of all abortions in Minnesota — an all-time high.

Law and Ledger believe low-income women should have access to the health care they need, and we strongly concur. But elective abortion is not health care — it attacks the health and ends the life of a developing human being. Abortion is not a public good that calls for government support.

And most people agree. A Marist poll [PDF] this year found that 68 percent of Americans oppose taxpayer funding of abortion, including 69 percent of women and 49 percent of those who identify as “pro-choice.” This is not about whether the law should protect the lives of unborn children. It is about whether Minnesota taxpayers should be made complicit in their destruction.

Law and Ledger tout the values of justice and compassion. But public funding of abortion —which increases the incidence of abortion relative to what it would otherwise be — is no justice for the human beings who are killed in utero as a result. Nor does it offer true compassion to pregnant women facing difficult circumstances. The problems these women confront are not solved by “free” abortions courtesy of the government. They deserve better, and we owe them more.

The bills to license abortion facilities and ban taxpayer funding of abortion are currently making their way through the Minnesota House of Representatives. They are reasonable, modest and bipartisan, reflecting our state’s values of health and life, justice and compassion. They should receive the support of all Minnesotans.

Scott Fischbach is the executive director of Minnesota Citizens Concerned for Life.