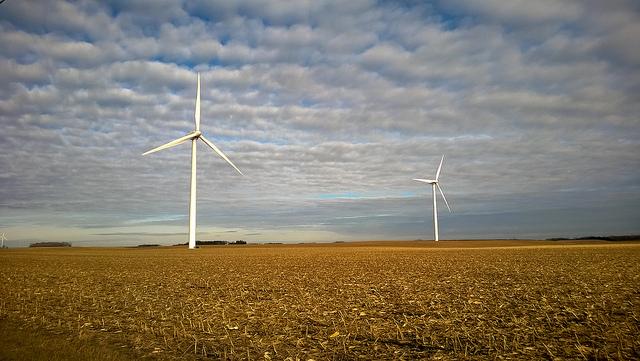 CC/Flickr/Michael from Minnesota
The Next Generation Energy Initiative — proposed in 2007 by Republican Gov. Tim Pawlenty and passed on an overwhelmingly bipartisan basis — spurred development of clean, renewable sources such as wind and solar at very competitive costs.

With the Legislature under split-party control, conversations about several big issues are likely to get contentious before the 2015 session comes to a close, but things don’t have to work that way. In the case of energy policy, Minnesota has become a national and global leader, not because of knockdown, drag-out fights, but because of our history of policymakers from both parties coming together with diverse stakeholders to work diligently together on energy issues, often negotiating to the highest common denominator, rather than the lowest. 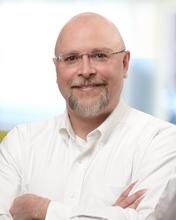 Amid often heated debate at the Capitol, it’s easy to forget that Republicans and Democrats collaborated on initiatives like the Metropolitan Emissions Reduction Project (enacted in 2001 and completed in 2009), which converted two aging coal plants in the Twin Cities to cleaner-burning natural gas with half the carbon content of coal. More recently, the Next Generation Energy Initiative — proposed in 2007 by Republican Gov. Tim Pawlenty and passed on an overwhelmingly bipartisan basis — established the most aggressive energy efficiency and renewable energy utility standards in the country, spurring development of clean, renewable sources such as wind and solar at very competitive costs.

That is the Minnesota Way to get things done.

In 2007, a Republican governor and DFL-majority Legislature came together to create a far-reaching package of bills designed to create new businesses and jobs while reducing our reliance on imported energy and cutting our emissions. It wasn’t easy — it took the hard work of lawmakers on both sides of the aisle and advocates on all the sides of the issues. In the end, that package of energy initiatives passed with fewer “no” votes than the 2006 law declaring the Honeycrisp our state apple.

It’s a story worth revisiting (see the oral history released this week by Fresh Energy) not just because it helped put Minnesota at the forefront of national energy policy, but also because it should serve as a shining example of what we can accomplish when we do things the right way, the Minnesota Way.

Since 2007, the provisions of Governor Pawlenty’s Next Generation Energy Initiative have helped spur the creation of businesses and jobs in manufacturing, construction, and engineering across Minnesota. They’ve helped attract billions of dollars in private investment for projects that pay out millions in taxes to our local communities. They’ve helped us cut waste from our electrical system while becoming more energy independent.

We still have a way to go.

Every year, Minnesota continues to spend billions of dollars importing energy. We should shift more of those dollars away from imports and toward more homegrown energy, creating more jobs here rather than North Dakota or Wyoming. And customers need more tools to control rising energy costs, as utilities seek and receive rate increases. We can continue to improve our energy system by further reducing energy use, saving consumers and utilities money.

Such practical, affordable strategies are hallmarks of our work at the Center for Energy and Environment. Even when the going’s tough, we’ve seen firsthand that Minnesotans can accomplish the extraordinary when we work together to pursue common goals.

As with the prior decade’s accomplishments, future advances in clean energy and sustainability in Minnesota will not come easily. We’ll need the same forward-thinking collaboration that resulted in today’s nation-leading achievements. To continue making progress we’ll need to work with, and really listen to, a broad cross-section of stakeholders and leaders from across the political spectrum.

Willing partners, working together. That kind of cooperation is how we have already accomplished so much in Minnesota. Remembering how well our Minnesota Way has served the state’s energy policymaking in the past gives me great hope for our future.

Mike Bull is the director of policy and communications at the Center for Energy and Environment, a nonprofit organization that promotes energy efficiency to strengthen the economy while improving the environment. Bull also served as senior policy adviser to Gov. Tim Pawlenty.