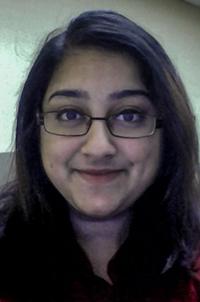 When the human papillomavirus (HPV) vaccine was approved by the FDA, it seemed to be an issue that had a lot of positive momentum. A shot against cancer — what could be objectionable about that? Apparently, a number of things — from systemic and political issues to parental concerns.

Systemic issues have certainly contributed to the low rates of HPV vaccines. The vaccination was originally approved for only girls, and the HPV vaccine was framed to appeal to women. Even after the recommendation was expanded to boys, advertising was often still aimed at girls. Another problem is provider-centered. Although doctors approve of the vaccine, they often don’t bring it up, especially to their male patients. Based on these facts, it’s not surprising that boys’ vaccination rates are so low.

A great deal of the problem is political. Conservative groups have openly been wary of the vaccination. Minnesotans may remember then-Rep. Michele Bachmann’s unfounded and infamous claims that HPV vaccination causes mental retardation. One expert estimated that a high-profile comment like hers could cause a three-year setback in vaccination rates.

Of course, middle-schoolers usually don’t make their own medical decisions, or drive themselves to the clinic. Research surrounding the vaccine found that parents have many concerns, including paying for the vaccine and inadvertently promoting sexual behavior in adolescents. Some don’t bring their children back to finish the series. Many underestimate their children’s risk of contracting the infection. Their ideas are often incorrect. For example, the Vaccines for Children program will cover low-income or uninsured children, and most health insurance will cover the vaccine. Studies have also shown that vaccination is not linked with increases in sexual behavior.

Recent Department of Health initiatives to increase vaccination rates in Minnesota include a reminder project to help with vaccine completion, a promotion campaign for teens and parents, and the creation of educational materials for providers. However, similar ongoing campaigns in the nation have seen only small gains in vaccination rates. Despite the concern that these campaigns may or may not work, they have pushed HPV and vaccination into the spotlight. Both parents and providers have been primed on the issue, even if all their concerns have not been addressed, creating an ideal stage for policy change.

The quickest way to increase vaccination rates is to mandate the vaccine for school attendance. Making vaccination mandatory for middle school entrance has been a successful policy for other countries like the UK, where vaccination rates for girls are over 80 percent. Currently only Virginia and D.C. have implemented this program, although 24 states have tried. Even in the two places it passed, it has been met with controversy. In Virginia, policymakers have tried many times to repeal the law.

Rather than push a policy that is controversial and difficult for policymakers to endorse, a better solution may be to increase the amount of good information available for parents so they can make a better-educated choice on the behalf of their children. Parents often suffer from incomplete or incorrect information about the vaccine.

Hawaii recently passed legislation that would require public schools to provide information on the HPV vaccine to parents of entering sixth-graders. A source of good, clear information about vaccine safety and effectiveness, along with information about reducing costs and financing the vaccine may help with vaccine uptake. This information could also include different strategies for parents to talk about the subject of HPV with both their child and their child’s provider. This type of policy is low-cost and far-reaching; it may lessen some of the parental concerns surrounding the vaccine, and improve vaccination rates.

It is imperative that we raise the vaccination rates. Unlike other vaccinations, there are no public outbreaks of cancer at Disney. HPV is often a silent infection, and its escalation to cancer is a slow process. Parents have the right to complete and correct information about HPV vaccination when making far-reaching decisions for their children. Misinformation should not stand as a barrier to preventing cancer.

Manami Bhattacharya is a graduate student in the School of Public Health at the University of Minnesota.