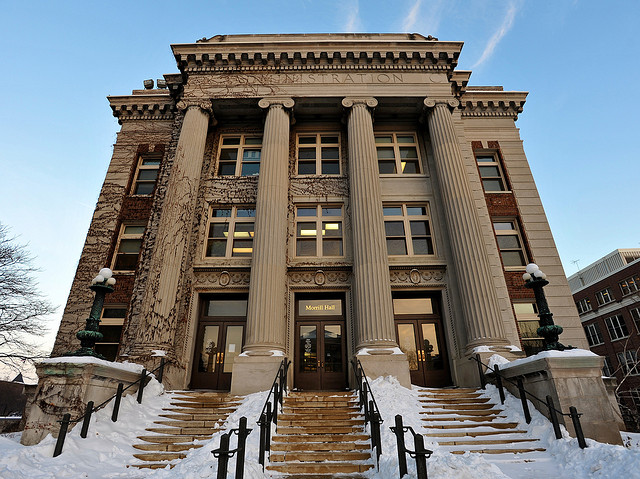 CC/Flickr/Chauncer
The university’s leaders have failed to take meaningful action and failed to restore trust.

The following commentary has also been signed by 159 scholars of health law, bioethics, medicine and pharmacy from U.S., Canadian, European, Australian and New Zealand institutions. Their names and affiliations are listed in the attached document below.

As scholars of health law, bioethics and medicine, we are calling on the Minnesota Legislature to conduct public hearings on psychiatric research misconduct at the University of Minnesota.

Two reports issued in the last five weeks have exposed serious flaws in the University of Minnesota’s system for protecting human subjects of research. When systems fail, the appropriate response is to admit to the problem and to work hard to fix it. The report by Minnesota's Legislative Auditor [PDF], focusing on the tragic suicide of Dan Markingson in an industry-sponsored psychiatric drug trial, describes how university leaders have denied and covered up these flaws for the past 10 years.

Two years ago we wrote a letter to the University Senate, co-signed by more than 170 U.S. and international scholars, demanding an independent investigation of Markingson’s suicide. We did so to support U of M faculty members who had been repeatedly stonewalled when raising concerns about exactly the issues exposed in the two reports. Like these faculty members, we received standard responses from senior administrators claiming that several “investigations” and courts failed to find any problems. We also challenged these misleading claims, providing details as to why those independent assessments were nonexistent, cursory or compromised by conflicts of interest, but we never received an adequate response.

University of Minnesota leaders now finally acknowledge that some of the university’s practices “have not been above reproach.” But these half-hearted admissions of guilt came only after Minnesota’s Legislative Auditor blasted them for being “defensive, insular, and unwilling to accept criticism” and for making “misleading statements.” Most troubling is that the university has now appointed several of the same administrative leaders who in the past failed to act and to respond by making appropriate changes to the university’s research system. It also appointed others with conflicts of interest. Internal critics, who should be praised for pushing for better protection of research subjects, remain largely marginalized and isolated. In the meantime, another psychiatric research scandal – featured in the New York Times on April 17 – suggests that U of M leaders may be sitting on information about other potential wrongdoing. How many new scandals must emerge before more substantive action is taken?

The university’s leaders have failed to take meaningful action and failed to restore trust. We therefore believe, like former Gov. Arne Carlson, that it is essential for the Minnesota Legislature to conduct public hearings as soon as possible. Legislative hearings will signal to university administrators in Minnesota and elsewhere that the protection of research subjects is of public concern and that academic institutions will be held publicly accountable.

Trudo Lemmens (LLM bioethics, DCL) is William M. Scholl Chair in Health Law and Policy and Professor at the Faculty of Law and the Faculty of Medicine of the University of Toronto.

Raymond DeVries (Ph.D.) is a professor at the Center for Bioethics and Social Sciences in Medicine at the University of Michigan Medical School.

Susan M. Reverby (Ph.D.) is Marion Butler McLean Professor in the History of Ideas and Professor of Women's and Gender Studies at Wellesley College.

If you're interested in joining the discussion, add your voice to the Comment section below — or consider writing a letter or a longer-form Community Voices commentary. (For more information about Community Voices, email Susan Albright at salbright@minnpost.com.)