If the United States scuttles the Lausanne framework agreement containing Iran’s nuclear program by claiming we simply want to make it better, our negotiating partners will see not strength of principle. They will see a country that does not understand what international negotiations and multilateral agreements mean, a country that rejects the work of its allies and the reality of its competitors. 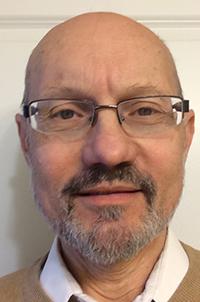 The senators who sent that letter to Tehran, “educating” Iranians on American constitutional law, actually educated the world on American egotism, and our ignorance of the way the rest of the world addresses complex challenges. We need to remember what it means to negotiate if we are to retain our leading position in the decades to come. And that means concluding this historically important framework agreement with Iran.

Certainly people of good will can have different perspectives on specific parts of the Lausanne agreement. But that’s the case for any product of complex negotiations – especially multilateral ones. That is, after all, why we call these things “negotiations” – no one gets everything they want. When the United States negotiated strategic arms treaties, or the Camp David or Dayton Accords, could their terms have been better – or different, anyway? Perhaps, but one negotiates for the best one can get, not the perfect one cannot attain. Otherwise we would call such agreements ultimatums – terms imposed by force, against the will of the other side.

The heart of the criticisms

And here, I suggest, is the heart of the criticisms of the Lausanne framework. The bulk of the critics reject the product of these complex, seven-party negotiations, because – well, because they don’t think the United States negotiates. We dictate. If the agreement isn’t exactly what we – only one of the six parties on our side – want, then we have lost, and the agreement is awful. We are exceptional. We are poweful. We can dominate the world, and global dominators don’t discuss, they tell.

There was a day when that was close to true. While we downplay the war in Vietnam, our failures of action in Somalia and inaction in Rwanda, or the chaos we have created in Iraq, there is no doubt that in the 20th century we were able to do pretty much whatever we wanted offensively with our military power.  The problem has become that that strength has led to the near disappearance of the other forms of national strength.  The military uses the acronym DIME – diplomatic, intelligence, military, and economic – to summarize national power. We’re great, indeed spectacular, at the military part, but when it comes to addressing complex issues, the other three matter as well. And not every problem has a military solution, as even many of Israel’s retired generals and intelligence chiefs have said about the Iranian nuclear program. It time for us to leave behind the thought that we don’t have to negotiate solutions to global problems, including the one before us now.

Some will respond that there are reasonable criticisms of the agreement, that it can still be changed, that we can get more concessions. But that message is really “we didn’t get what we (or at least some of us) want, and we should.” That’s an ultimatum, not a negotiation. And the United States now lives in a world where our power to dictate has changed. Post-Cold War, we have moved into a world of friendly enemies and difficult friends, and success today requires of us a different skill set than we built in the 20th century.

Now we certainly remain the only global superpower, and we can do whatever we think we must do to protect our nation. But in cases short of existential threats – and the Iran nuclear program is not such a threat — we live in a new world.

In 1950 we produced half the world’s goods and services, giving us great influence, and throughout the Cold War we had the crisp moral dividing line of the Iron Curtain. As late as the 1991 Gulf War we could marshal 39 countries to join us in the fight, and get them to pay 90 percent of the cost of that war. But since 2001 we have fought in Afghanistan and Iraq almost alone, and mostly at our own expense, and we find ourselves with no good exit strategy. Meanwhile, the U.S.-led sanctions regime on Iran has gotten us this far only thanks to cooperation from our allies, and even our competitors Russia and China. We need to remember that, and get this agreement finalized and implemented.

Bill Davnie of Minneapolis served 27 years as a U.S. Foreign Service Officer prior to retiring to Minnesota, including service in Iraq and Tajikistan, and travel in the Middle East.