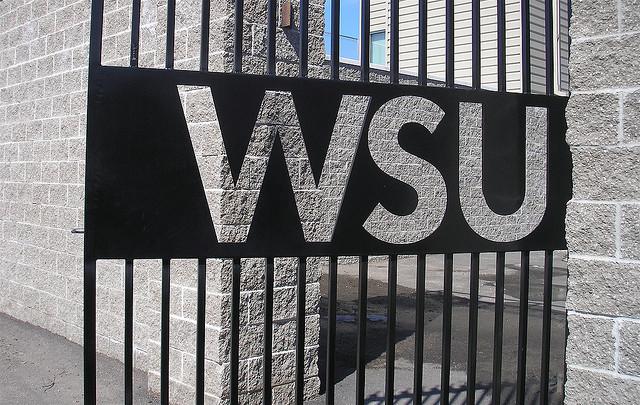 CC/Flickr/cursedthing
Winona State University has a 156-year history of teaching teachers and nurses and preparing students for careers and graduate study in the arts, sciences, humanities and business.

Higher education is a cornerstone of educational access and upward mobility in Winona. Winona State University has a 156-year history of teaching teachers and nurses and preparing students for careers and graduate study in the arts, sciences, humanities and business. Above all, WSU has prepared students for life in a rapidly changing world. Learning can be a slow and arduous process, but it does pay off for students, and it does pay off for communities. According to Wilder Research, the economic impact of WSU on the Winona community is estimated at $307 million per year. With another $69 million per year added by Minnesota State College – Southeast Technical, there is no doubt that each dollar of state appropriations produces many more in return. St. Mary’s University and our WSU colleagues in Rochester are distinctive in their own right, offering excellent educational options and economic benefits. More than 30 other campus communities add a total of $8 billion per year to the state’s economy.

And yet, even with a $1.9 billion state surplus, the state is about to retreat from its commitment to higher education.

Years ago, the Minnesota Legislature funded two-thirds of the cost of a degree earned from a public university or college. Students were responsible for the remaining third. But in the 1990s, as partisanship over public spending threatened political gridlock, shortsighted planners shifted higher education costs to students. The result: By 2013, students in Minnesota were responsible for two-thirds of the cost of their education, based on data generated by the Minnesota Office of Higher Education.

In 2013, Rep. Gene Pelowski, DFL-Winona, responded with a bipartisan coalition to freeze tuition and provide campuses the support necessary to sustain academic programs. The state didn’t fully return to its two-third’s commitment, but Minnesota’s reputation as a national leader in higher education seemed to be back on track.

And yet, two years later, new Minnesota House leadership signaled a retreat. The House’s leadership today places a higher premium on tax cuts than on higher-education access and prosperity in our communities. Even with a $1.9 billion surplus, House leadership has chosen a budget model authorizing tuition increases for the state universities and cuts to the state grant program. For WSU alone, the proposed cuts in the state grant program would drop 160 students from its rolls. Statewide, over 1,600 students attending the seven state universities could lose their means-tested assistance.

The state Senate’s budget is equally disappointing. Though its budget aims more dollars to higher education generally — and Sen. Jeremy Miller, R-Winona, has been a strong voice for campus autonomy — there is little in the budget directly for the campuses. Earmarks for special initiatives and performance incentives, designed to award more degrees faster without regard to quality, ultimately do nothing to enhance or strengthen higher education for all. Particularly disappointing is the Senate’s move to mandate tuition freezes without appropriating support to provide campus relief for the lost revenue.

Such populist pandering is not new in Minnesota — remember Gov. Jesse Ventura’s tax rebates? But we should not pretend that we’re helping create middle-class prosperity by simply awarding more degrees and undercutting campus budgets through unfunded mandates.

There is some hope that clearer heads will prevail in the Legislature, but it is more likely that preserving the quality of higher education may soon rest in the hands of Gov. Mark Dayton. If the governor’s budget for higher education stands, we have a chance of staying on track. If not, the state’s retreat will continue and our students and communities will suffer.

Students — and communities — suffer when Minnesota retreats from higher-ed funding