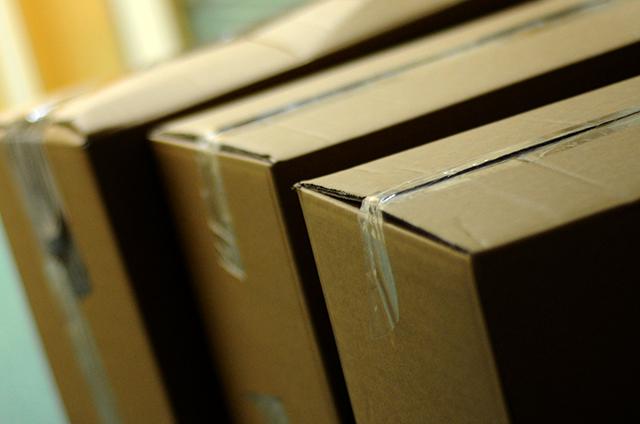 CC/Flickr/Matt Cornock
It is time to engage in a reduction of the “stuff” my family has gathered over many years.

As I climb the ladder of age ­— and try to avoid falling — visits to the mailbox are frequently greeted by invitations to join AARP. When I venture out, rather than bartenders asking to see my driver’s license, ticket sellers at movie theaters now stare right at me and ask, “Are any in your group seniors?”

Shortly after we finish talking about health issues, the term “downsizing” now often visits conversations with friends. Although no immediate move from our Minnetonka home is in sight, it is time to engage in a reduction of the “stuff” my family has gathered over many years. Last month, I became determined to attack the boxes reflecting our history with WALL-E-type energy. I bought garbage bags at Target, and my plan anticipated visits to Goodwill. However, I ran headlong into the issue faced by everyone.

What, after all, is truly worth saving?

Over the years, the amount of material that our family has accumulated has grown. Some of the treasures oozing out of the dusty boxes in our storage room represent cherished parenting moments — our children’s first Halloween costume, most beloved books and toys and VHS tapes capturing the kids’ first athletic endeavors. Of course, our “children” are now accomplished adults ensconced on the East Coast and show little interest in nostalgically revisiting their childhood achievements. They are properly focused on making a difference today. However, my wife views these artifacts as enjoying extraordinary value. She expects the Smithsonian to make our home its Midwest base of operations.

In the past several weeks, I have unearthed many heirlooms ­— materials passed down from prior generations. Other materials include “keepsakes” which, for us, took on an extremely expansive definition. For example, several boxes hold materials from growing up in the 1960s in Golden Valley and attending Gustavus. (These include items like old letter jackets, which were apparently mistakenly sized for leprechauns; I refuse to concede that my body has changed).

Some would derogatorily tar this material with the term “clutter” and attack the practice of maintaining it as “hoarding.” I have questioned what has caused me to carry these materials from venue to venue over several decades. However, one of the boxes contained a “keepsake” from early days in Washington, D.C., that may help explain the need to move cautiously in filling the dumpster. 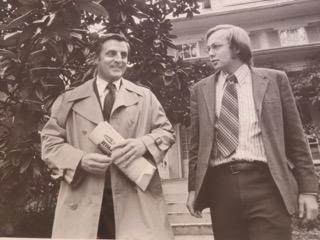 My very early adventures in the public sector — during 1973 and 1974 — included becoming then-Sen. Walter Mondale’s driver. Other then calling for a tax increase upon receiving the 1984 Democratic Party nomination for president, my emergence into his world may reflect the only other blemish on his unquestionably good judgment. At that time, the senator was exploring a run for president. The hectic pace associated with that endeavor required the senator to, for the first time, have a driver. However, this was not your stereotypical situation involving a dark-suited chauffeur driving a black limo.

I was a bell-bottom, large-tie-clad recent 20-something — a member of a cohort and culture that used unabashed cynicism to protect itself from the pain associated with institutions failing to address war, poverty, race and the environment. For my peer group, H.L. Menken was more of a historical hero than John Adams. In his book, “The Good Fight,” Walter Mondale talks about the public’s “lost trust” as a result of the Vietnam War. In 1973 and 1974, “that be me.”

I drove a 1972 yellow Nova, which my parents generously sold to me at a steep discount. Each day, I would pick up Sen. Mondale at his home in NW Washington, D.C., where he, Joan, Teddy, Eleanor, William and a blind collie resided. I would dutifully drive him to the Capitol in the sun-colored car and work in his office with the likes of a very youthful Mark Dayton. I would then take the senator home or wherever pressing demands required him to go — frequently the airport now known as Reagan National.

The senator kept a stash of Bering cigars in the glove compartment of my Nova. These cigars were uniquely sold in an individual metal container. At that time — unlike today — cigars were celebratory items generally associated with the birth of a child or a particularly memorable round of golf. While the senator avoided smoking in front of constituents, on those occasions when the Senate passed a bill of particular import, he would take a Bering cigar out of the glove compartment and smoke it on the ride back to his home on Lowell Street.

During the early ’70s, Sen. Mondale smoked quite a few cigars. Against a Watergate backdrop, the Senate passed massive amounts of meaningful legislation including bills designed to promote VISTA, create HMOs, protect endangered species and give Congress the authority to approve the use of war powers. The Senate’s response to public concern over the viability of public institutions was to decisively act. To move forward, leadership could not be the domain of a single party in light of obstruction engaged in by entrenched southern Democrats. Progressive Democrats looked for leadership from senators like Walter Mondale, Gaylord Nelson, John Pastore, Hubert Humphrey and Ted Kennedy, and Republicans looked to Howard Baker, Charles Percy, Jacob Javits and Edward Brooke for statesmanship and guidance. These senators then looked to each other for solutions.

Against the backdrop of Watergate, which further fueled public cynicism, Sen. Mondale and his bipartisan colleagues took on the challenge of convincing citizens that government was functional and necessary by taking action. As Hubert Humphrey’s campaign slogan once stated, “Some people talk about change, others cause it.” At that time, change took place as evidenced by my ash-laden car. 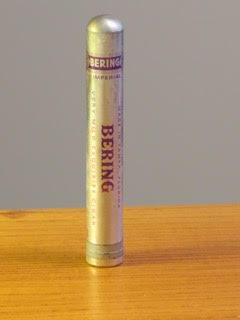 Courtesy of the author
I kept one of those Bering cigars

After 1974, my future in transit ended. I decided to pursue a legal career. However, for over 40 years, I kept one of those Bering cigars. That cigar found its way from the Nova’s glove compartment through three apartments and two homes. Why did I keep it?

Progressives often see the world as less then what it could be and remain hopeful that the nation will improve. Conservatives frequently reflect on a glorious past and hope the country recovers its historic footing. In that dusty box, there is hope for effective governance in the future based on a fruitful past, as reflected by the efforts of Walter Mondale and others on both sides of the aisle. That cigar is a reminder of days when elected officials took on important issues, actually heard each other’s voices and led through action. It was shallow posturing — which we so often witness today — that was the subject of cynicism and ridicule at the time.

It was a difficult time for the country in the early ’70s, but it was a time to remember — and celebrate — the political leadership that existed.

In my zest to de-clutter, I contemplated giving Vice President Mondale his cigar back. Perhaps it would serve to remind him of better days and, after all, he paid for it. Instead, I think I will keep it so I am reminded of the days when you could celebrate the birth of new, impactful laws that occurred as a result of smart public officials committed to doing the people’s business every day and not in the rushed, final minutes before an adjournment or recess. However, if anyone is in the market for a faded letter jacket …

A liberal’s guide to downsizing: A cigar, a senator and an era of political action