This summer marks the 50th anniversary of the passage of the Voting Rights Act. When Congress passed this landmark legislation in 1965 all members of Minnesota’s delegation, which included both Democrats and Republicans, voted for it. That fact speaks strongly to Minnesota’s value of supporting a strong, engaged and fair electorate — a value that transcends party lines. 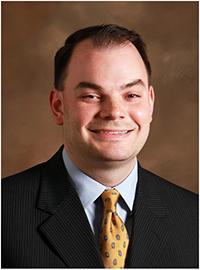 Minnesota leaders in both parties now have a chance to show that they can come together and uphold this ideal, by passing voting rights restoration during the upcoming special session of the Minnesota Legislature.

This legislation would restore the vote to approximately 47,000 Minnesotans who live in our communities but still cannot vote because of a prior felony conviction. It has strong bipartisan authorship and support, and a diverse statewide coalition of more than 70 organizations, including public safety organizations, service providers, faith communities, and community engagement groups, among others.

The Restore the Vote coalition believes that once we decide as a community that it is in the public’s best interest for an ex-offender to be living and working in the community and rebuilding his or her life, there is no good reason why that person should not have a voice in our democracy. When people have the opportunity to vote, they feel as though they are a part of their communities, and have a true stake in society. 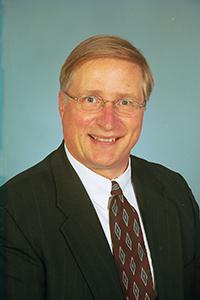 As many ex-offenders can attest, the opportunity for positive civic engagement removes one more barrier to re-entering society. Research also shows that such opportunities may reduce recidivism and foster increased civic participation in children of felon offenders.

Change will create a much clearer rule

Public officials believe that this change will also conserve public resources. Current law is confusing, and this change will create a much clearer rule about who can vote, which would save valuable law enforcement resources and make it simpler for all Minnesotans to engage in our state’s democracy.

Those opposing this change believe that losing the right to vote is just one consequence of committing a felony. We agree that we must insist on accepting responsibility and paying the consequences for crimes, but we should not simply punish for punishment’s sake. We should also work to rehabilitate people and allow them to be a positive example for their children.

Our friends, neighbors and family members who commit crimes are expected to come out of incarceration and contribute to society, but continuing to have criminal justice policies that undermine that goal is counterproductive.

The Restore the Vote coalition is grateful that Gov. Mark Dayton has made it one of his priorities for the special session. Unfortunately, it is caught up in the deal-making process because it was not allowed a hearing by House leadership during the regular session, even though it passed the Senate.

The reason it was held up is a mystery. Our coalition met with every legislator who would take a meeting; we provided them with detailed, fact-based information. Furthermore, we engaged thousands of Minnesota citizens to speak with their representatives on this issue.

We are deeply disappointed that, despite our success in doing everything a group of citizens can do to bring a policy issue to a vote by our elected leaders, a decision was apparently made behind closed doors to block it from having a hearing. If there are policy concerns about the legislation, then those should be discussed in the committee process, which is why it exists. As many of the largest newspapers of Minnesota editorialized, this bill is a positive change that deserves more public consideration.

We hope legislative leaders and the governor will use the special session as an opportunity to give this bipartisan legislation the public consideration it deserves. Either way, our coalition will continue to grow and to make the case why restoring the vote is a policy that serves the well-being not only of ex-offenders and their families, but all Minnesotans.

In special session, restore voting rights to ex-offenders in Minnesota

By Jason Adkins and Charles Samuelson