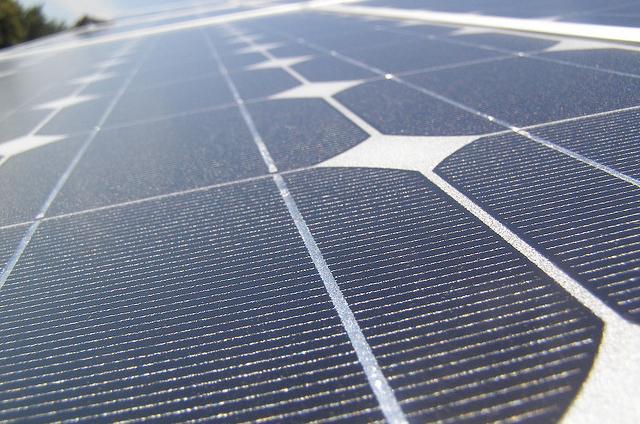 CC/Flickr/(ﾉ◕ヮ◕)ﾉ*:･ﾟ✧
The cost of renewable energy is decreasing quickly with advancements in technology, greater efficiency, and storage options making it more reliable.

There has been heated controversy surrounding the community solar garden program Xcel Energy formally rolled out in December of last year. Solar energy is booming in Minnesota, but even Xcel was surprised by the number of program applications received – particularly the number of applications seeking approval to co-locate projects on the same parcel of land. Despite the fact that the Minnesota Public Utilities Commission (PUC) previously approved the program as written, Xcel is now petitioning its own program under the basis that many of the applications received resemble what it classifies as large, utility-scale projects that do not align with the original intent of the program. This has evolved into an ongoing debate between Xcel and project developers.

Xcel’s community solar garden program has already received 781 applications, the majority of which are pursuing the 1,000 kilowatt (kW) maximum allowed per project (equivalent to 1 megawatt (MW)). Each of these projects would require about 5 acres of land. There are 763,189 kW (or 763.2 MWs) of projects currently in the application queue, which translates into roughly 4,000 acres needed to support installation. To put these figures into perspective, these projects could generate enough combined electricity to supply more than 100,000 average households each year. The land required would be comparable to covering all of Lake Calhoun with solar panels 10 times. This is in just the initial months since the program launch, and applications continue coming in on a rolling basis.

Xcel’s dilemma is that it did not anticipate separate projects to be aggregated on the same area of land to the extent that it’s seen in the applications thus far. For example, there is nothing preventing a developer from leasing a 200-acre parcel of land to develop 40 projects at the maximum size allowed by submitting 40 separate applications. Dakota County leads the way with 159 applications, and Wright County isn’t far behind with 140 applications. One of the program rules is that a subscriber, a participant that signs up to take a certain amount of the project’s output, has to be located within the same or adjacent county from the project’s location. Hennepin County has the highest number of electricity users by population size and volume but also has limited land availability, which is why the surrounding counties are seeing the most activity. Solar has become a focal topic at the county level and they are actively creating or amending ordinances in response to Xcel’s program.

Xcel has been reviewing applications for completeness, but has yet to approve a single project. In fact, they have recently decided to scale back all applications representing co-located projects to the 1,000 kW limit by their own interpretation of the program’s intent, a decision that has upset many developers. The PUC previously approved the program without this limitation, which led to millions of dollars being spent on the development of these projects to date. The investment capital needed to install these projects would fall somewhere between $1.5 and $1.9 billion in total, and that number keeps growing with every new application submitted. Once built, Xcel would purchase all of the electricity generated by the project for 25 years.

The community solar garden program makes sense for subscribers for a variety of reasons. There are certain barriers with solar that may prevent a homeowner or business from installing their own onsite project. These may include issues like shading or structural suitability, a company that leases their building or a nonprofit organization like a church or school that wants to avoid upfront costs. The community solar garden model allows everyone to get involved and save money on electricity costs while becoming more sustainable at the same time.

The dispute has also become one between some of the large out-of-state developers versus some of the smaller locally based companies. The large developers are looking to size the projects to the maximum extent possible to capitalize on the program prior to the expiration of the Federal Investment Tax Credit at the end of 2016. Many smaller developers are hoping to incorporate the program into their long-term initiatives, which won’t be the case if the program’s 15-year goals are exhausted in the first year as indicated by Xcel. Both large and small developers are co-locating project sites, so the question remains: How big is too big and where should the line be drawn?

The real error is that Xcel’s community solar garden program was approved in a way that was open for interpretation and this led to some companies taking advantage of an oversight now causing major conflict. This has created unnecessary complications to a well-intentioned program and has added delay to all participating developers and subscribers. Indications of this were clear early on, when a handful of non-local developers opened shop in Minnesota, solely to benefit from the program to the fullest extent possible through its flaws. The headlines have been plentiful but probably not fully understood by the general public.  Some of the proposed projects are being promoted as community-friendly like the park down the street. This is untrue as the reality is that some of the proposed projects are more comparable to a Disneyland theme park in size rather than the local playground. It doesn’t take much more than common sense to remove these projects from being eligible for the community solar program and labeling them appropriately as utility-scale. Utility-scale projects, as such, should undergo the proper siting, permitting and pricing process mandated by the PUC.

I have spent nearly my entire career working within renewable energy and am a strong proponent of this program and the value it can add toward bringing electricity savings to its participants, adding to the state’s energy goals while being profitable to developers at the same time. I am a strong advocate of renewable energy and a diversified energy portfolio that makes sense both economically and environmentally. The cost of renewable energy is decreasing quickly with advancements in technology, greater efficiency, and storage options making it more reliable. We should continue to add as much renewable energy as possible because it makes sense, along with the added benefits of being sustainable and clean.

This program needs to be amended with clearer limitations, perhaps co-locating up to 10 MWs of solar at each location (10 separate applications, each at the maximum size permitted by the program).  If this doesn’t happen, there will likely be many adverse results such as not-in-my-backyard host community outcry, complications getting approvals at the county level, interconnection capacity problems, the long-term program goals being exhausted early on and overall delays and dissatisfaction of renewable energy rather than its continued growth.

While there has been some uncertainty in the implementation of Xcel’s new program, I am confident that Xcel and the PUC will come to conclusions that are favorable to developers, host communities, project participants and ratepayers. These meetings are scheduled for June 23 and 25 at the PUC in St. Paul, unless Xcel can settle the dispute with developers prior to next week.