Three cheers for SCOTUS! Well – two cheers for Thursday’s health-care and fair-housing decisions, and here’s hoping we can give the third cheer soon for a marriage equality decision. The Supreme Court of the United States again upheld Obamacare [PDF], and also issued a tremendously important fair housing decision [PDF] that could have specific application to Twin Cities housing policies. Right-wing Justice Antonin Scalia is so mad he’s almost frothing at the mouth, saying the legislation should be called “SCOTUScare” and condemning the court for “interpretive jiggery-pokery.” Personally, I think that we could use a little more of that jiggery-pokery.

Suburbs have dodged these inner-city problems by foot-dragging on affordable housing — even though it’s cheaper to build it in the suburbs ….

The debate — and the blame — is intensifying as low-cost housing becomes harder to find. The construction of new, “affordable” units slid to a record low in 2013, the latest year that figures are available.

Myron Orfield and the Institute of Metropolitan Opportunity reported in February [PDF] that the Twin Cities has “the nation’s worst segregation in a predominantly white area”:

Although the Twin Cities was committed to civil rights and racial integration through much of the 1970s, this commitment began to collapse in the mid-1980s. Political apathy about racial equality was accompanied by exclusionary housing practices in the suburbs. Increasing concern over the availability of affordable housing accelerated the growth of the subsidized housing industry within the central cities – the PHI. The cities themselves participated in this process, creating the Family Housing Fund, a “quasipublic” intermediary which produced thousands of housing units in Minneapolis and Saint Paul. …

The PHI’s network of professional connections is densest in the low-income central city neighborhoods where segregation is greatest, and the majority of affordable housing is consequently sited in these areas, which offer minimal resistance to affordable development.

From the SCOTUS decision today:

The underlying dispute in this case concerns where housing for low-income persons should be constructed in Dallas, Texas—that is, whether the housing should be built in the inner city or in the suburbs. This dispute comes to the Court on a disparate-impact theory of liability. In contrast to a disparate-treatment case, where a ‘plaintiff must establish that the defendant had a discriminatory intent or motive,’ a plaintiff bringing a disparate impact claim challenges practices that have a ‘disproportionately adverse effect on minorities’ and are otherwise unjustified by a legitimate rationale. 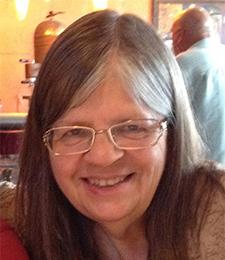 The opinion proceeded to hedge about the disparate impact standard with safeguards, but the underlying claim stands: If a government body uses its resources and authority to support housing projects that reinforce racial segregation, they can be challenged under the Fair Housing Act.

Anybody listening out there?

The Affordable Care Act decision is important, clearing away what should be the last serious legal challenge to the program. Just a quick review, quoting the Supreme Court description:

The Patient Protection and Affordable Care Act adopts a series of interlocking reforms designed to expand coverage in the individual health insurance market. First, the Act bars insurers from taking a person’s health into account when deciding whether to sell health insurance or how much to charge. Second, the Act generally requires each person to maintain insurance coverage or make a payment to the Internal Revenue Service. And third, the Act gives tax credits to certain people to make insurance more affordable.

The real problem with Obamacare comes in the word that’s repeated four times in this short description: insurance. It’s time to extend health care so that we have a real single-payer, universal coverage system, like Medicare but without the bloodsucking intermediary insurance companies.

Mary Turck is a freelance writer and editor and teaches writing and journalism at Metropolitan State University and Macalester College. She is also the former editor of the TC Daily Planet.