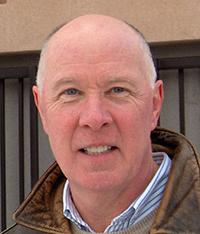 Wilder Research completed its first study of homelessness in St. Paul in 1984. At that time, homelessness had become more prevalent due to recession, closing of psychiatric hospitals, demolition of inferior housing as part of federal urban renewal, and reductions in federal funding.

Our initial study found most shelter residents were middle-aged men who were experiencing homelessness for the first time. A disproportionately high number were people of color. Alcoholism was common, but affected fewer than one-third of all who were interviewed. Mental illness was less common, with only 17 percent reporting that they had ever been treated for a mental health problem.

The issue of homelessness proved not to be a temporary phenomenon, but persistent and seemingly intractable. Wilder Research has continued to conduct its homeless study every three years since 1984, expanding the scope statewide in 1991. So, what have we learned?

Women and children now make up a large proportion of those experiencing homelessness. The 2012 study showed that adult women are almost as likely as adult men to be homeless, and more than 3,500 children experienced homelessness on a single night in Minnesota. Increasingly, the parents of these children report that they first became homeless as children themselves. Homelessness continues to disproportionately touch African-Americans and American Indians. This is a problem that is likely linked not only to the historic treatment of these populations, but also to ongoing and well documented inequities in the delivery of housing, education, and criminal justice services.

Homelessness is most often associated with trauma and experiences that have resulted in broken social connections. In the 2012 survey, over half of all homeless youth and young adults on their own reported having been the victim of physical or sexual abuse. Nearly three-quarters have come from troubled family histories that include out of home placement and mental health problems. Difficult starts like this, combined with some of the personal paths and choices that such starts can engender, are often found among the background characteristics of homeless youth and young adults. Over one-quarter of all women report that they are homeless as a direct result of domestic violence.

In addition to extreme poverty, the people who are experiencing homelessness are typically burdened by multiple problems. These problems include unstable housing histories, the lack of education or employment history, and physical and mental health problems. For example, our 2012 study found serious and persistent mental health problems now affect over half of all homeless adults, as do chronic physical ailments. Substance abuse affects about one-quarter.

2. Formal and informal social systems that work for most of us often fail to help those on the edge

Homelessness is a difficult place to come from if you are seeking gainful employment. In the boom year of 2000, 26 percent reported full-time employment, a figure that has dropped to 8 percent in the latest survey. On-ramps to employment and employment skills, such as those offered by Goodwill Industries and similar programs, can help to get more people working. However, it is important to remember that the wages of those whose jobs require modest skill levels do not typically come close to what is necessary to afford even the most basic market rate housing.

Homelessness is even more complicated for those exiting from incarceration. We know that 90 percent of adults in jail or prison today will be released eventually and one in five of those who are homeless today has been in jail or prison within the last two years. Our penal institutions are continually releasing people without stable or reliable housing opportunities. Housing supports for this population are typically only available to those who have been convicted as sex offenders, and they represent a relatively small proportion of this population. Without housing and employment supports, those who have been incarcerated have a high risk of being incarcerated again.

Homelessness is fixable, but requires a multipronged approach. It is easy to forget about the many avenues into homelessness including poverty, distressed families, substance abuse, violence, poor educational achievement, and limited employment skills, most often occurring in some combination. For many, especially those who have been homeless for multiple years, it is very difficult to end homelessness without long-term housing subsidies, supportive housing services to help keep people stable, and ongoing social supports because of the amount of damage people have experienced. Our chances of success increase significantly and require less costly solutions if we can prevent homelessness before it happens. Basic safety net services, including access to mental health treatment and affordable health care are essential. The creation of more affordable housing, especially for those at lower pay levels, is also essential.

3. Minnesota has made improvements, with deliberate and targeted efforts

Targeted efforts to create supportive housing opportunities for veterans and single adults with mental illness or chemical dependency are showing success in moving targeted groups out of homelessness; however, we have done less to slow the flow of poor families into homelessness.

Veterans have become a decreasing proportion of those who are long-term homeless, thanks in large part to a concentrated effort. However, their numbers are still larger than anyone would wish. Iraq and Afghanistan war veterans, often suffering from PTSD, brain injuries, and related problems, are now starting to replace the older Vietnam-era veterans found in earlier studies. The state plan for ending homelessness hopes to end veteran homelessness this year.

Minnesota has made great progress through the creation of both local and statewide efforts called Heading Home plans. But much remains to be done. Every Minnesotan can make a difference by supporting legislative initiatives to increase the supply of affordable housing and supportive services, advocating for those who are most marginalized in our society, contributing money or goods, volunteering, and through other acts of compassion and support. Check out the Heading Home Minnesota and the Homes for All websites to see where you can fit in.