1915 was a big year for Minneapolis. Just look at all the organizations that are celebrating their centennials: The Minneapolis Institute of Arts; The Greater Twin Cities United Way; The Minneapolis Foundation, where I’m proud to serve as a trustee. I feel lucky to live in a city with such a deeply rooted culture of generosity.

Minnesotans care about community, and our predecessors worked hard to build the institutions that help sustain Minneapolis today. We give back.

Celebrations, large and small, have marked this special milestone for local organizations, including The Minneapolis Foundation. (Check out mpls100.org to learn about our upcoming Futurist Conference.) For me, one of the best things about this centennial is the chance to learn about and acknowledge all the generous Minnesotans who have helped build our community. 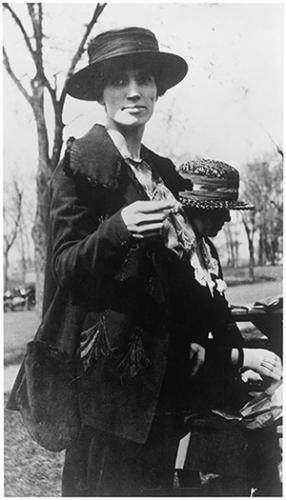 Courtesy of the Minneapolis Foundation
Emma B. Howe

Take Emma B. Howe. Born in 1890, she was the sixth of 13 children. She grew up on a 20-acre farm and in 1915 she got a job as a proofreader for Deluxe Check Printers, then a brand-new business in the Twin Cities. She was often paid in stock, and she accumulated more over the course of her career.

A frugal woman, Emma saved half of what she earned. She lived quietly in northeast Minneapolis, usually opting for bus transportation when she went out. But when she passed away in 1984, at age 94, she was the largest individual shareholder of Deluxe, which had evolved into a Fortune 500 company.

After living an unassuming life, Howe made headlines when it became known that her estate was worth $22 million — and that she had left much of it to the community. Through The Minneapolis Foundation, her permanent endowment has funded programs that support local youth, the arts, medical research and other initiatives that keep our city vibrant, diverse, and attractive to people of all ages.

Emma’s story is extraordinary, but what strikes me is that she’s not alone. Far from it: Emma is one of thousands of individuals, families and businesses who have amplified the impact of their charitable giving through the Minneapolis Foundation. 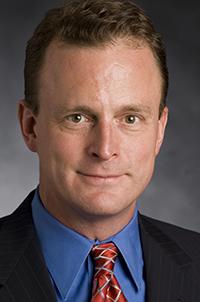 The Minneapolis Foundation was one of the first community foundations in the world. Its originators — some of the Twin Cities’ most prominent businessmen — fostered an organization that would allow people to pool their charitable giving for efficient management and maximum impact, far into the future. Today, the foundation has a 100-year track record of responding to the Twin Cities’ changing needs. It awards grants to nonprofits that are strengthening our region’s economic vitality, education and civic engagement. It has been there in times of crisis, responding nimbly to provide community resources after disasters such as the I-35W bridge collapse and the north Minneapolis tornado. And time and again, it has taken a stand in support of pressing community issues in need of strong leadership.

But what I love most about the foundation is that it helps people pursue their philanthropic dreams. Emma Howe cared about children and the poor. Other donors are passionate about the arts, conservation, jobs creation and many other causes. Some, like Emma, have great wealth to share. Others have less money but an equally strong drive to make the world a better place. The foundation offers community expertise and tax-smart giving strategies to all of its donors, helping them craft philanthropic plans that are tailored to their interests and financial priorities.

So happy birthday, Minneapolis Foundation! I look forward to celebrating as it embarks on its second century of innovative philanthropy. I will also raise a glass to Emma Howe and all the Minnesotans who have contributed so much to our community.

Brian Pietsch is senior vice president of community relations and public affairs at Ameriprise Financial and a member of The Minneapolis Foundation’s Board of Trustees.