On July 30, 1965, President Lyndon B. Johnson carried a considerable number of pens with him when he visited the Harry S. Truman Presidential Library in Independence, Missouri. The occasion for his visit was monumental: He was about to sign into law H.R. 6675 — known to many as the Medicare bill. 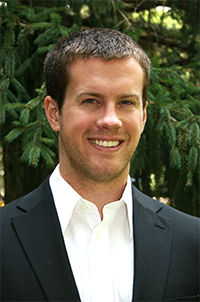 President Harry Truman also attended the signing ceremony, and, although it was he who pioneered the practice of using multiple pens to sign legislation, that was not the reason for his presence.

Truman was there because in 1945, as president, he had pushed for the creation of a national health plan that would cover all Americans. Even though he failed to achieve that goal — thanks in part to the American Medical Association’s forceful opposition — his commitment to universal care had never wavered.

‘The real daddy of Medicare’

After Johnson inked his signature to the Medicare bill, he turned to Truman, who sat nearby, and presented him with the first Medicare card.

“President Truman, perhaps you alone can fully know just how grateful I am for this day,” Johnson said. “We haven’t forgotten who is the real daddy of Medicare.”

The moment couldn’t have been sweeter: Truman’s hope for a national health plan was partially fulfilled and health security for the nation’s elderly was finally in place.

One week after the bill’s passage, 1 million people had enrolled in Medicare. After 11 months, some 19 million had enrolled — 99 percent of those eligible. Today, 55 million Americans (ages 65 and older, as well as younger people with permanent disabilities) enjoy health security and stability under this law.

Poverty rate among elderly dropped by half

Besides making health care accessible to millions, Medicare has also been a critical step in addressing poverty. By 1975, one decade after Medicare passed, the rate of elderly living in poverty had dropped by half. Yes — half.

July 30 marks the 50th anniversary of Medicare, a cornerstone of President Johnson’s sweeping social reforms which included The Civil Rights Act of 1964 (that bill was said to have been signed with more than 70 pens.) Yet the current state of America’s health care is ambiguous and far from celebratory. Our health system is known for groundbreaking research and an eclectic array of technological advancements, but it is not known for its accessibility, affordability or equity. Just ask the 700,000 Americans annually bankrupted by medical bills.

The United States spends 17 percent of its GDP on health, the highest of any nation, and over $8,000 per capita on health care, also the highest. But our health outcomes are mediocre: We are ranked 48th in life expectancy; 29th in infant mortality; and among industrialized nations we are 19th out of 19 in preventable deaths, according to the Commonwealth Fund.

The Affordable Care Act, while making some improvements around the edges of our health system, will still leave 23 million to 30 million people uninsured in 2025. It keeps wasteful middlemen — the private insurers — in the driver’s seat. Millions more remain underinsured. The ACA is not enough.

This is where Medicare can help point the way. Improvements to Medicare are essential to prepare for an aging demographic and rising health care costs. But we should embrace Medicare as a proven model of reform and expand the program to cover everyone in the country.

An efficient program, Medicare pancakes administrative costs (in other words, non-medical spending) and functions with a 2 percent overhead — compared to its private insurance counterparts at 12-14 percent. As for growth in costs, Medicare is currently projected at 4 percent annually, well below that of private insurance options.

A more robust Medicare, similar to other industrialized nations, would move toward the “Great Society” that President Johnson envisioned — an America with streamlined access to quality health care, free of fear from financial ruin.

There’s a provision in the ACA, Section 1332, which would allow states like Minnesota to revamp their health system in 2017, as long as the changes cost less and cover at least the number currently insured. The proposed “Minnesota Health Plan” would achieve these benchmarks, and the average family and business would save on health care expenditures with something similar to an improved and expanded Medicare for all.

And when that bill is signed, everyone in Minnesota should receive a pen.

Augie Lindmark is a medical student at the University of Minnesota Medical School, Duluth campus. He currently is an intern with Physicians for a National Health Program (PNHP) in St. Paul.

Health care at the stroke of a pen: 50 years on, Medicare is a model