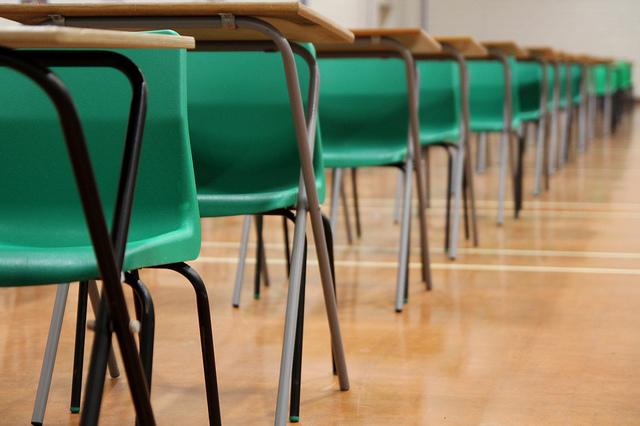 CC/Flickr/Pete
What MSP is rolling out this fall under the guise of democratization is one-size-­fits­-all inclusion in the general education setting without the supports so critical for ASD student success.

I am writing in response to Beth Hawkins’ recent piece on changes to Minneapolis Public Schools’ autism program, “More than a safe harbor: MPS autism changes are meant to create a new ecosystem.” 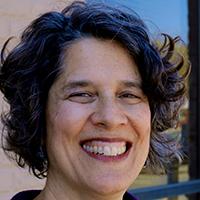 The story is not an easy one to tell. Special education is complicated, with its own language of IEPs, Federal Settings, and Least Restrictive Environments. Autism Spectrum Disorder (ASD) itself is a complex and highly variable disability. And the school system has its own byzantine bureaucracy. Navigating all this is challenging for ASD families, and often virtually impenetrable to others.

It’s easy, at first glance, to interpret what’s happening as an adversarial divide, as Hawkins did: On one side, the Minneapolis Public Schools (MPS) administration and reasonable parents pushing for mainstream inclusion for “mild” ASD students in their neighborhood schools, and on the other, a fringe group of fear­mongering parents resisting change to their beloved but inequitable Citywide Autism Program (CAP).

The truth is that the new plan for inclusion that MPS is hyping isn’t actually new. Families with children on the “mild” end of the autism spectrum already had the option to send their kids to their neighborhood schools. But most families chose not to. Why? Because the Citywide Autism Program fosters inclusion better ­— by providing the support necessary for these children to actually succeed in the mainstream classroom. For every eight ASD students, there is an autism teacher and two Special Education Assistants (SEAs) available throughout the day to give each child as much or as little support as s/he needs to navigate the complex sensory and social world of school. In addition, there are separate autism classrooms with sensory regulation equipment like swings and trampolines available at all times.

This might sound like overkill or even coddling to those unfamiliar with ASD, but it is important to note that “mild autism” is a bit of an oxymoron when used with this particular disability. The very nature of Autism Spectrum Disorder, no matter where one is on the spectrum, is highly variable and unpredictable: One can appear “mild” or “high-functioning” one minute and “severe” or “low-­functioning” the next. We’re not talking about kids with quirky personalities here; these are children who get easily overwhelmed by the challenging sensory and social situations that school presents. And when they do, they become dysregulated; they may lose control, act out and become highly disruptive, or shut down and disappear.

The staff of the Citywide Autism Program are like detectives who figure out exactly what sets each child off and then work closely with that child to help her learn how to function in the mainstream classroom. The goal is for the child to develop her own coping skills and eventually “graduate” from the program entirely. If that kind of evidence-­based, flexible, individualized support provided by experienced autism staff could be replicated at every neighborhood school, that would indeed be a wonderful thing. Who could possibly be against it?

The problem is this: What MSP is rolling out this fall under the guise of democratization is one-size-­fits­-all inclusion in the general education setting without the supports so critical for ASD student success. The Citywide Program is no longer an option for so-­called “mild” ASD students. And in contrast to the CAP’s effective staffing model of one autism teacher and two SEA’s available for every eight ASD students, for the many schools that don’t currently have autism teachers on staff, the district will supply three itinerant autism teachers for the entire district. This will leave oversight of the ASD students mainly in the hands of Special Education Resource Teachers (SERTs). Each SERT will be responsible for caseloads of up to 20 special education students of all disabilities, and may or may not have experience with autism. The district has claimed that all staff will receive Autism Spectrum Disorder training, but school starts next month, and no such training has yet taken place. Nor is there a plan in place to have classrooms with sensory equipment in the schools.

What happens, in this new program, when an ASD student has a meltdown, there’s no autism room to retreat to to work out sensory issues, and the three autism teachers are scattered across town? How does a SERT without autism experience, serving multiple children with multiple disabilities, have the time to or knowledge to build the hard­-earned trust necessary to guide an ASD student through the difficulties they face daily? How does that unsupported student recover from the inevitable failures that result from that lack of support? How do they get an education or even continue to attend school when it becomes a terrifying place to be? And what about the disruptive effect of dysregulated autistic behavior on the other students and the already maxed-out teachers in the mainstream classrooms?

It is not fear­mongering to point out that the district’s plan is woefully inadequate. It does not have the staffing or resources to do anything but fall short in serving ASD students and their peers. No one is against the idea of inclusion for capable ASD students in their neighborhood schools. We all want that. But inclusion without the requisite support is a recipe for disaster.

So why is MPS making this change? The most obvious answer would be to save money. However, a district spokesperson was quoted as saying that the new program will cost more than the Citywide Autism Program due to the hiring of additional staff. If program money isn’t the issue here, then what’s driving this? Perceived inequity across disabilities in special education? Ignorance about the realities of autism? Financial motives within the district that are broader and more systemic?

Perhaps the most troubling aspect of this situation is the administration’s lack of disclosure and transparency about the plan and its implementation. None of the key stakeholders were consulted or notified until it was a fait accompli. The earliest inkling ASD teachers and staff had of the plan was in November of this past school year when Early Childhood Special Education (ECSE) ASD staff were told by district fiat not to offer the Citywide Autism Program as a choice to families of “mild” ASD kindergarteners. They were also told that their ECSE autism caseloads would increase from six to eight, making it more difficult for them to give their students the one­-on-­one attention they need to prepare them for kindergarten.

Other ASD staff heard rumors about the changes from their colleagues, but weren’t officially notified until this summer. Those staff members who voiced concerns or suggestions were summarily ignored, and have been afraid to speak out publicly, for fear of losing their jobs.

The plan was not presented to school principals until May 2015.

Most parents were also left out of the loop. No real attempt was made to listen to the families who know the tricky balancing act of inclusion best ­­— those already in the Citywide Autism Program ­­ — virtually all of whom have urged the district not to take this gem of a program away from future ASD students. (These parents still have not been notified of the new plan, under the pretext that they are “grandfathered into” the CAP and won’t be affected. But what happens after a year or two when there are no longer any new students coming into the program? Staff ­­ — then too many for the few kids they serve — will be laid off, and the program will quietly disappear.)

Despite this, the district claims that the change was “parent­-driven.” It is certainly possible that some parents of incoming ASD kindergarteners were pushing for “inclusion” in their neighborhood schools. Again, who wouldn’t want that? But clearly they were not informed that this was already an option for them. Nor would they have any way of knowing about the critical supports their children would be missing without the Citywide Autism Program.

All of this raises many unanswered questions: What’s really behind this change? Why weren’t ASD teachers and families involved? Why wasn’t the new program ever officially announced? Why is there no written plan that explains exactly what it is going to look like? Why the rush to implement a plan that seems destined to fail? Why did the implementation of the plan coincide with the end of the school year, when no one was around to ask questions?

I am not a conspiracy theorist. What I am is one of many concerned parents, district­wide, who have a lot of questions that the district isn’t providing answers for. All of our children deserve those answers. Before everything implodes in the fall.

Emily Goldberg is the mother of twin boys who attend the Citywide Autism Program at Wenonah Elementary, and a soon-­to-­be T­-shirt-­wearing member of Children’s Autism Rights Minneapolis (ChARM).

MPS autism-program changes: Inclusion without the requisite support is a recipe for disaster